Blustery, cool temps made their way in some parts of the US this weekend and it’s incredible to think about because we are well into spring in this part of the world. With summer literally next month in our hemisphere, it’s crazy that snow is still falling and it reminded us of this darling wedding proposal captured by Justin Ho Photography at Sea to Sky Gondola in Whistler, British Columbia in Canada. Austin was adamant on proposing to the lovely Kristin, and took her to the highest peak of the mountain and popped the question. A snowstorm began circling the area briefly but no matter, really–a mountain proposal is utterly breathtaking regardless of what the clouds are like. 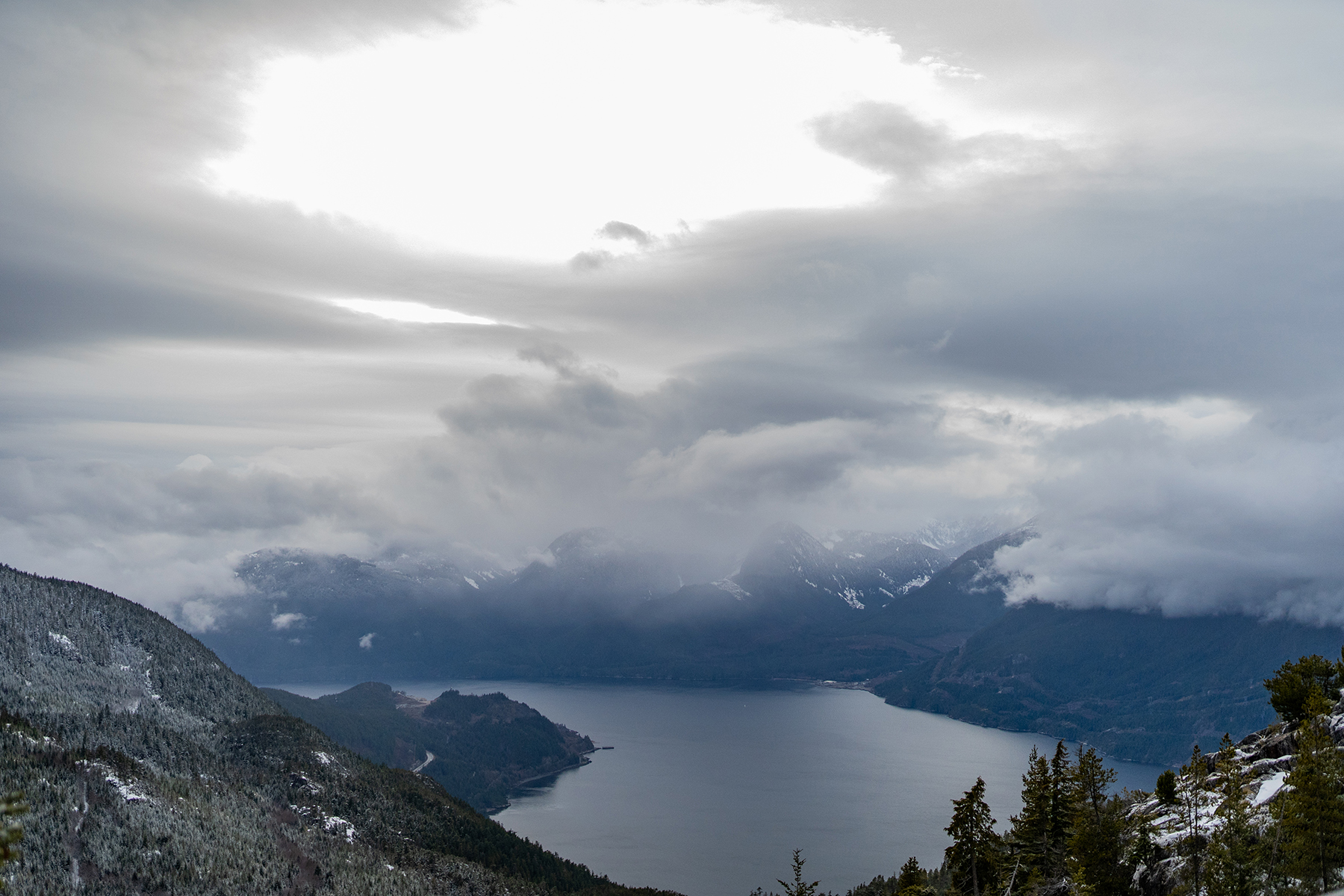 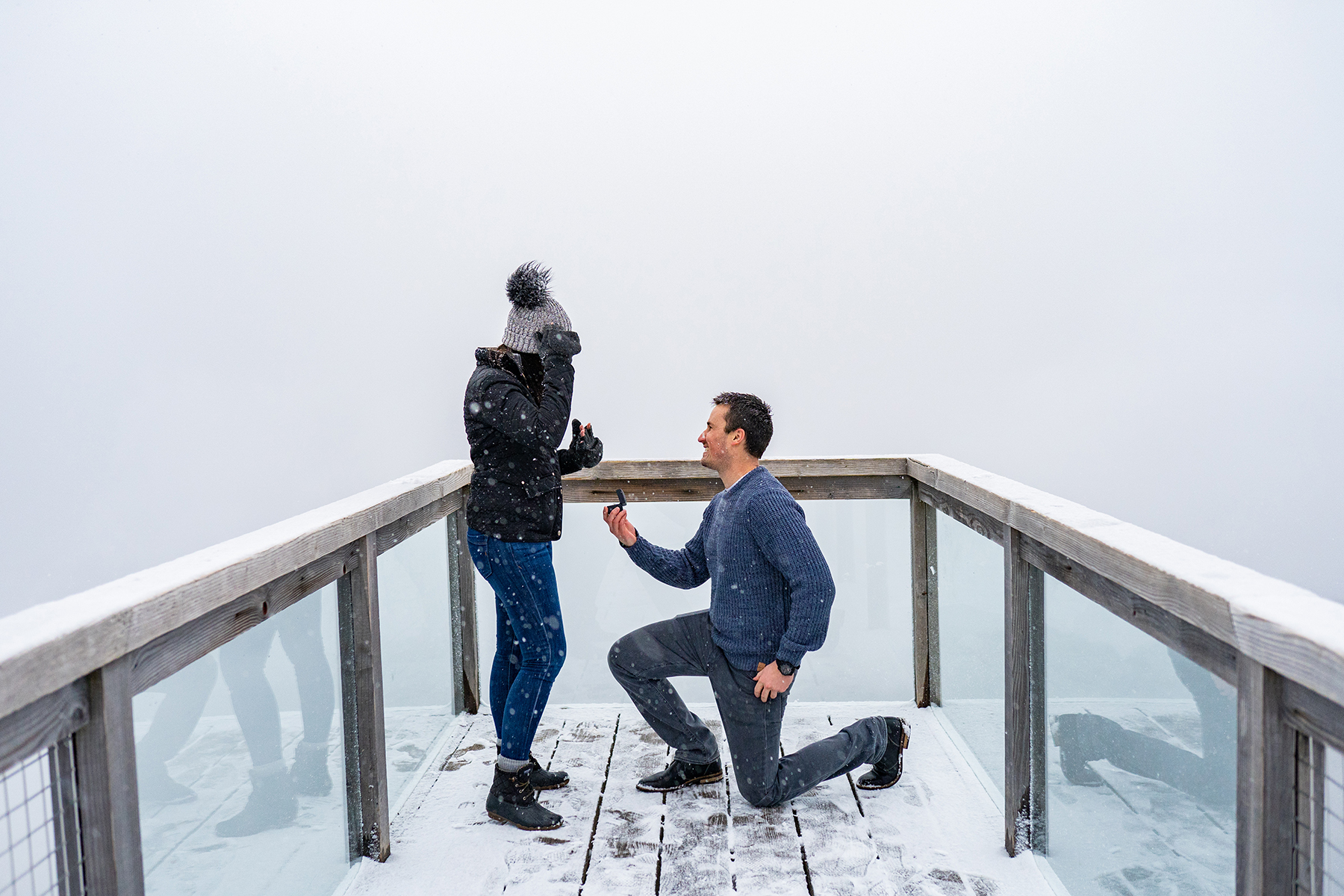 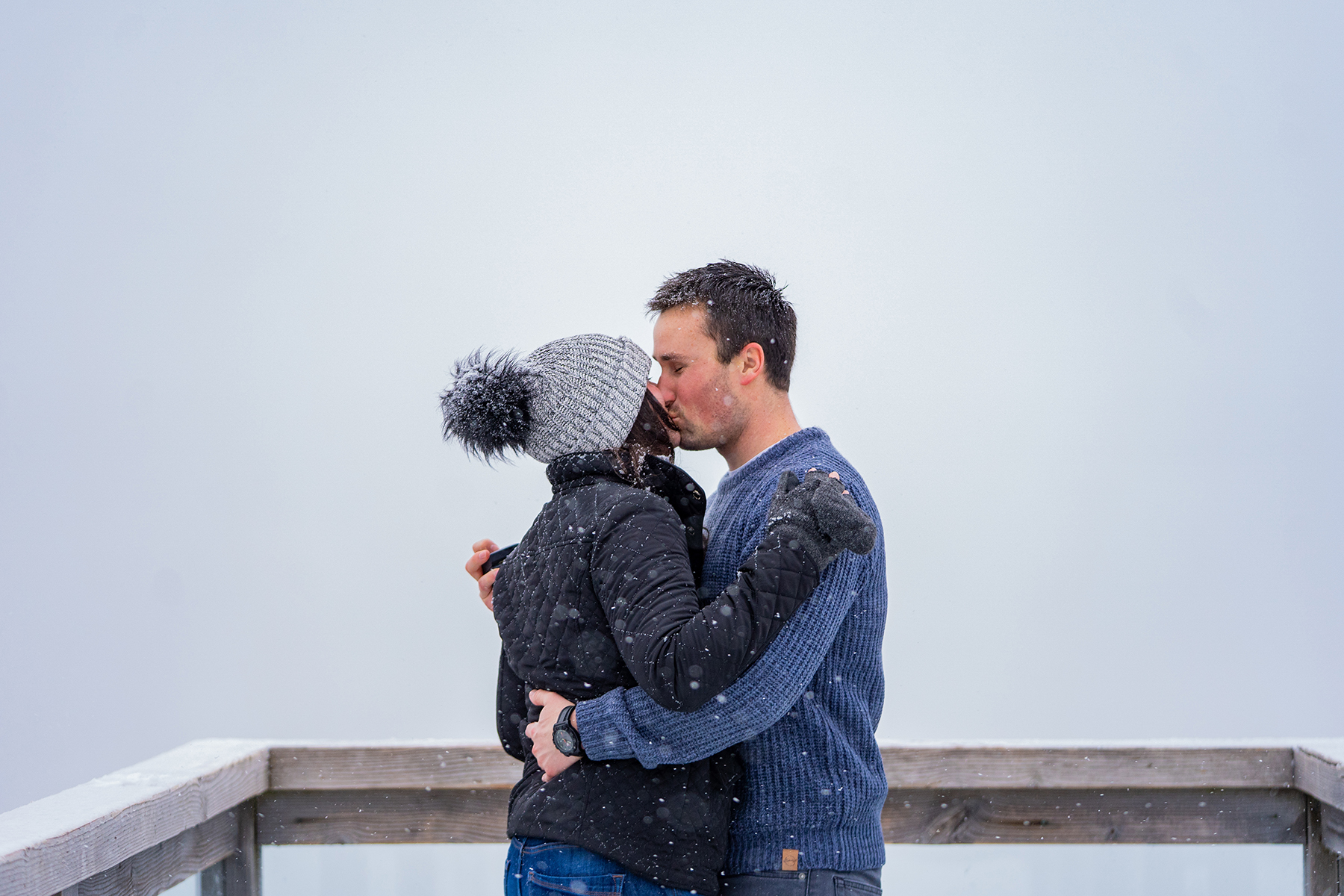 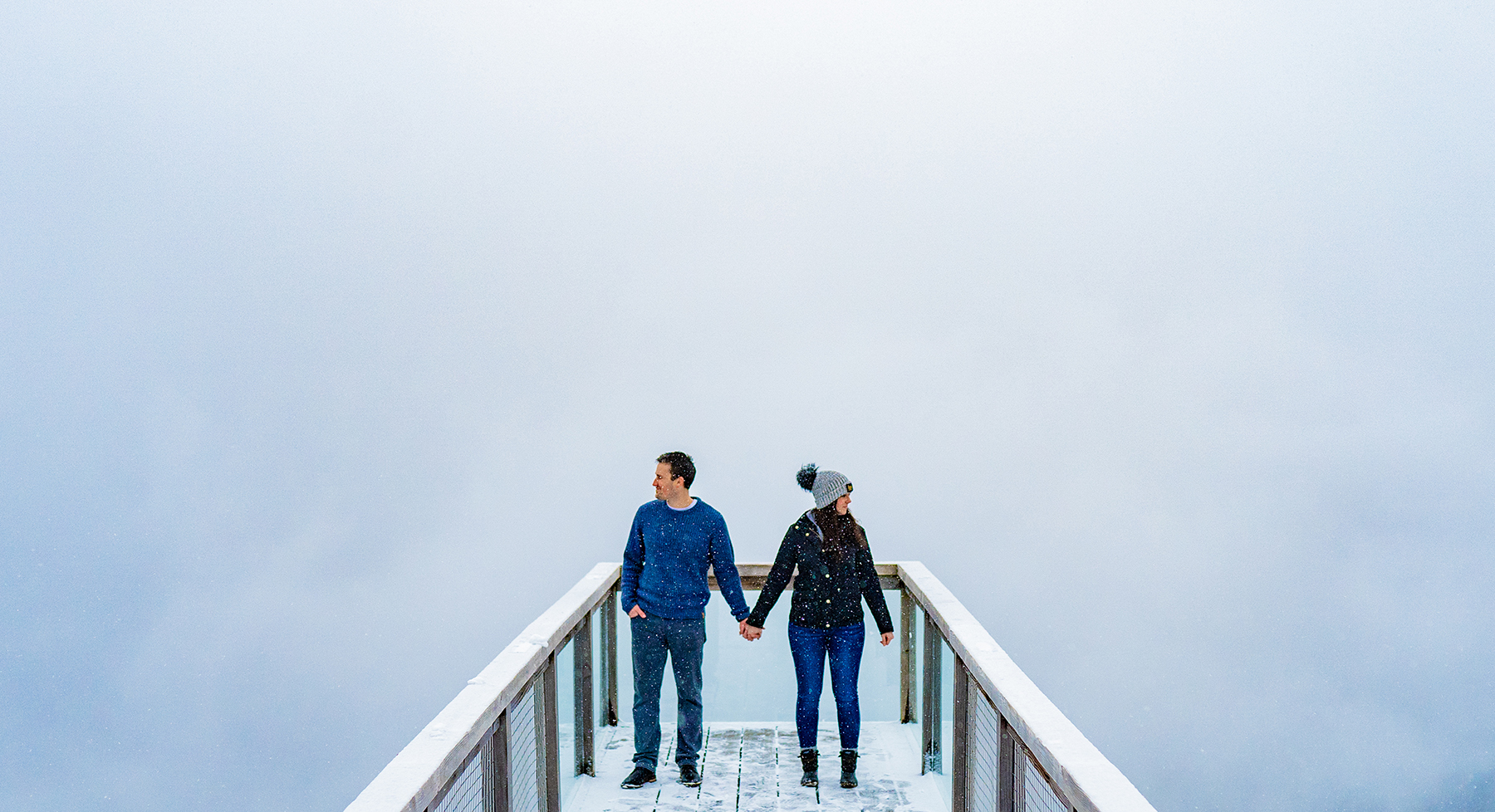 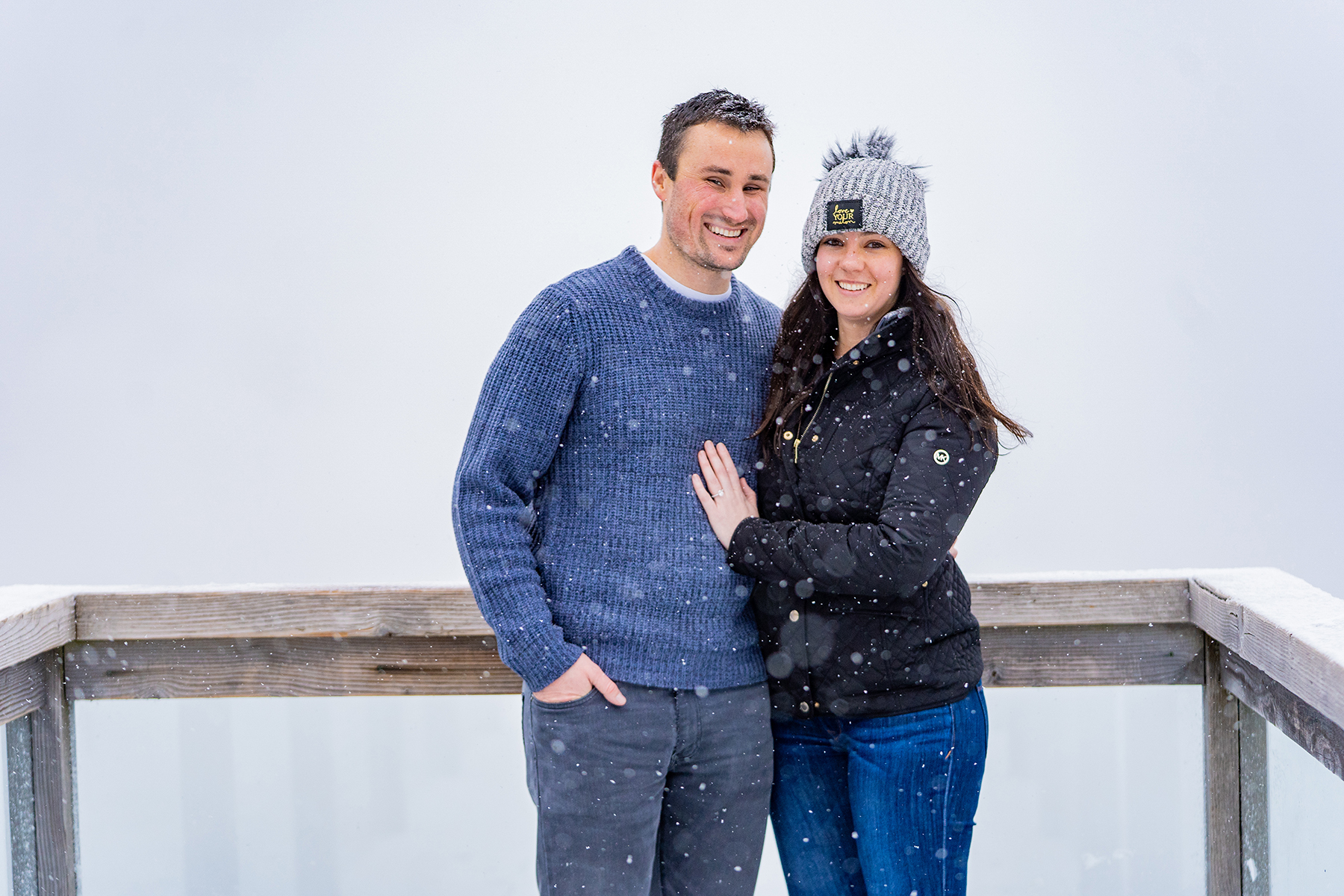 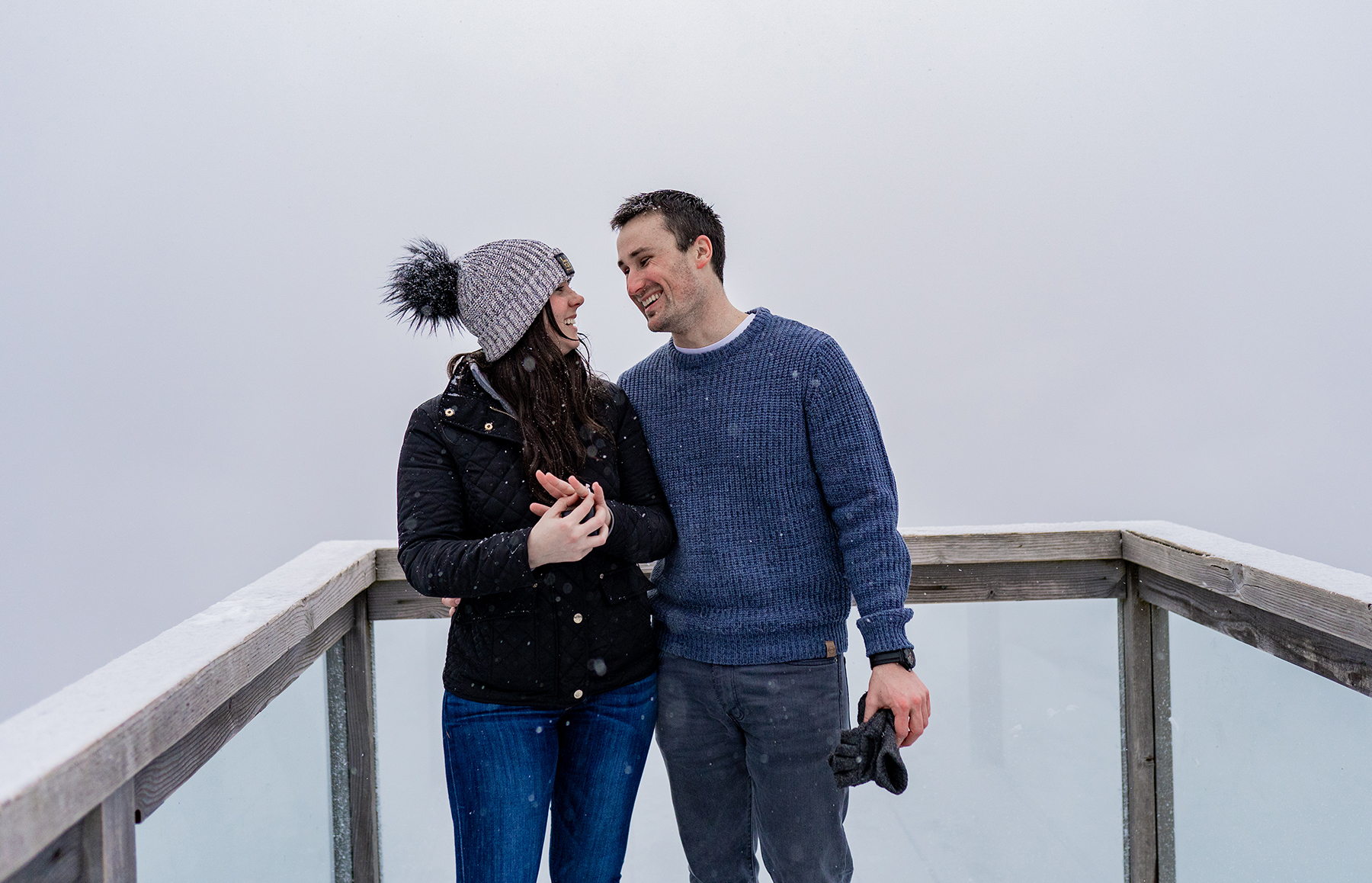 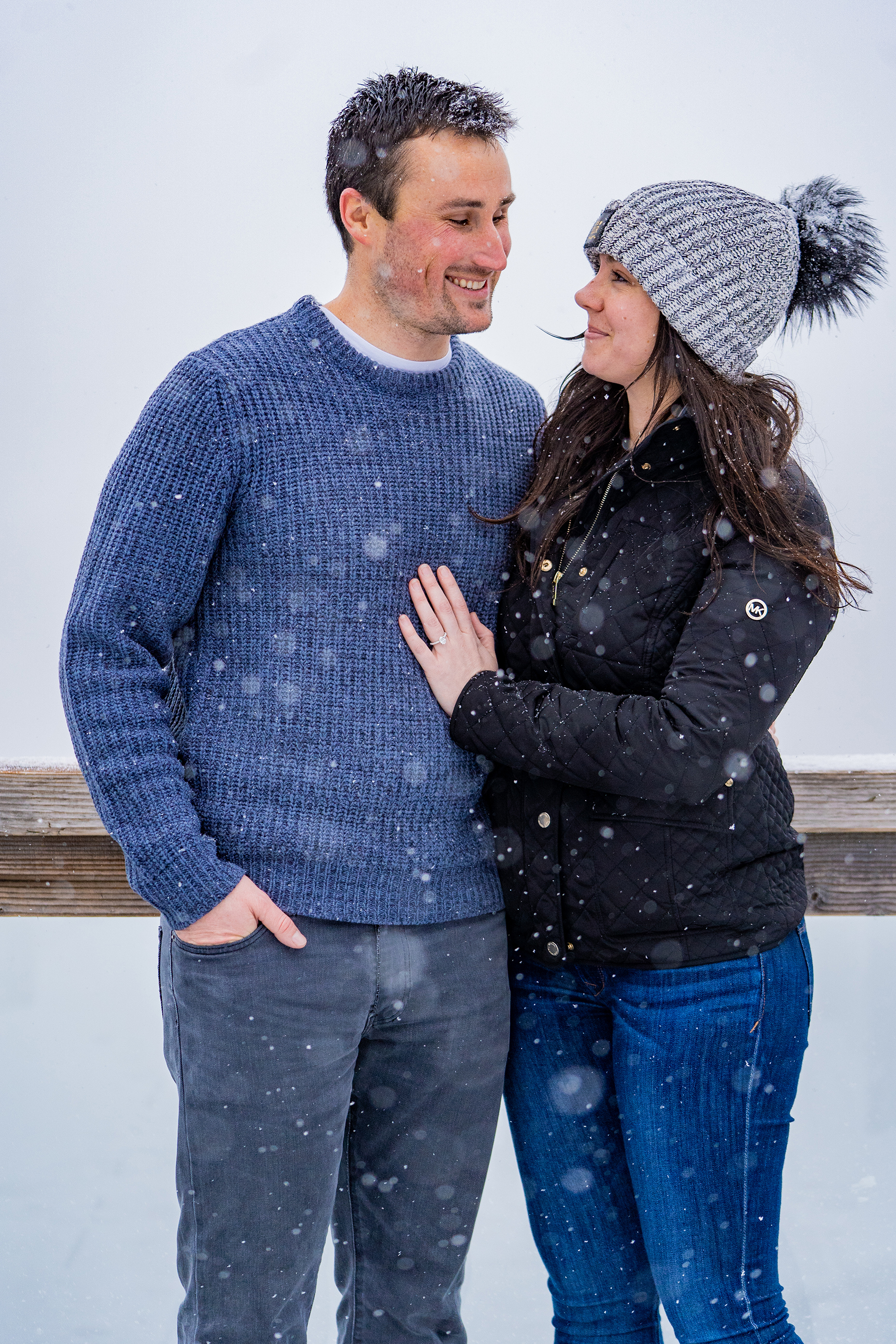 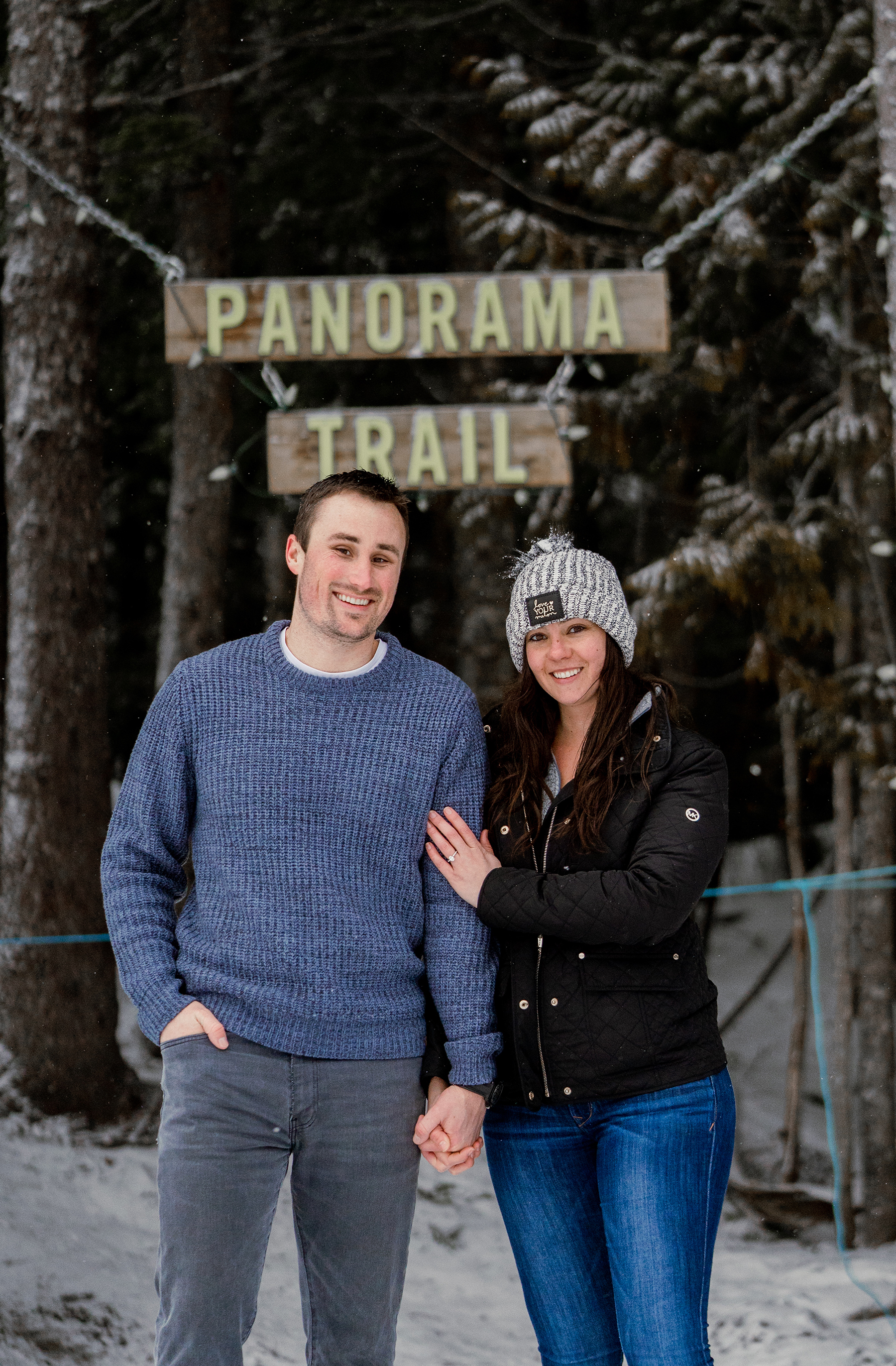 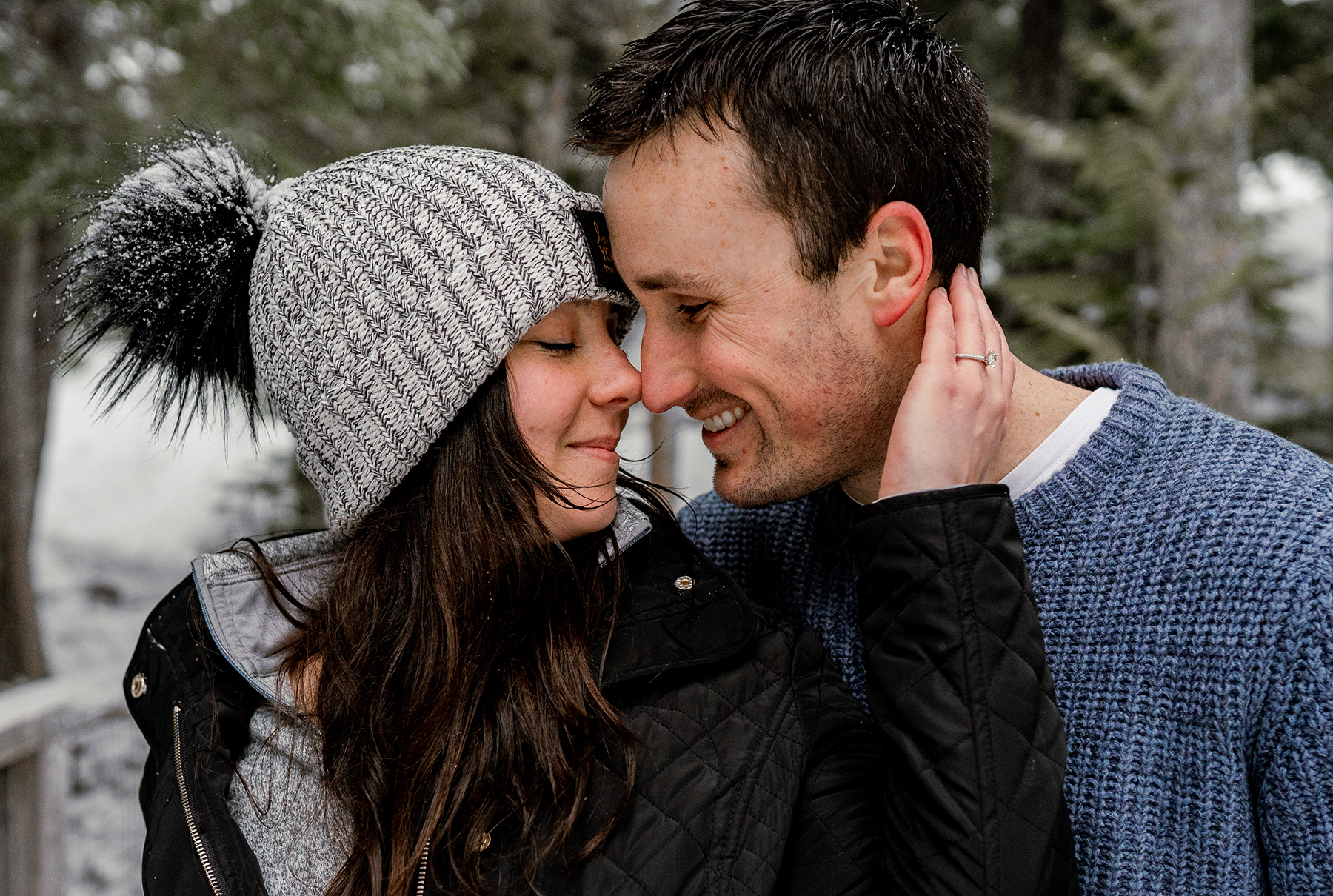 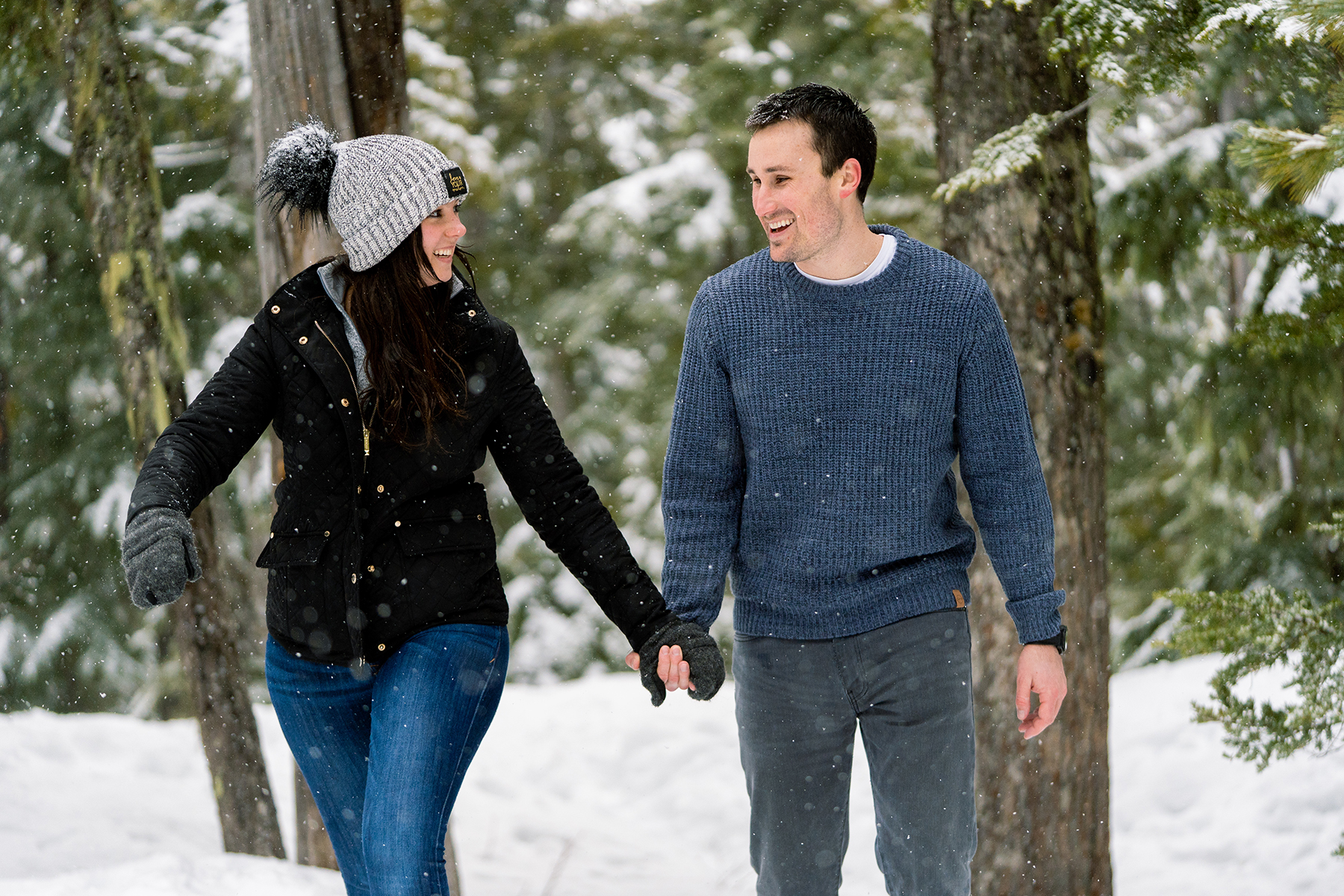 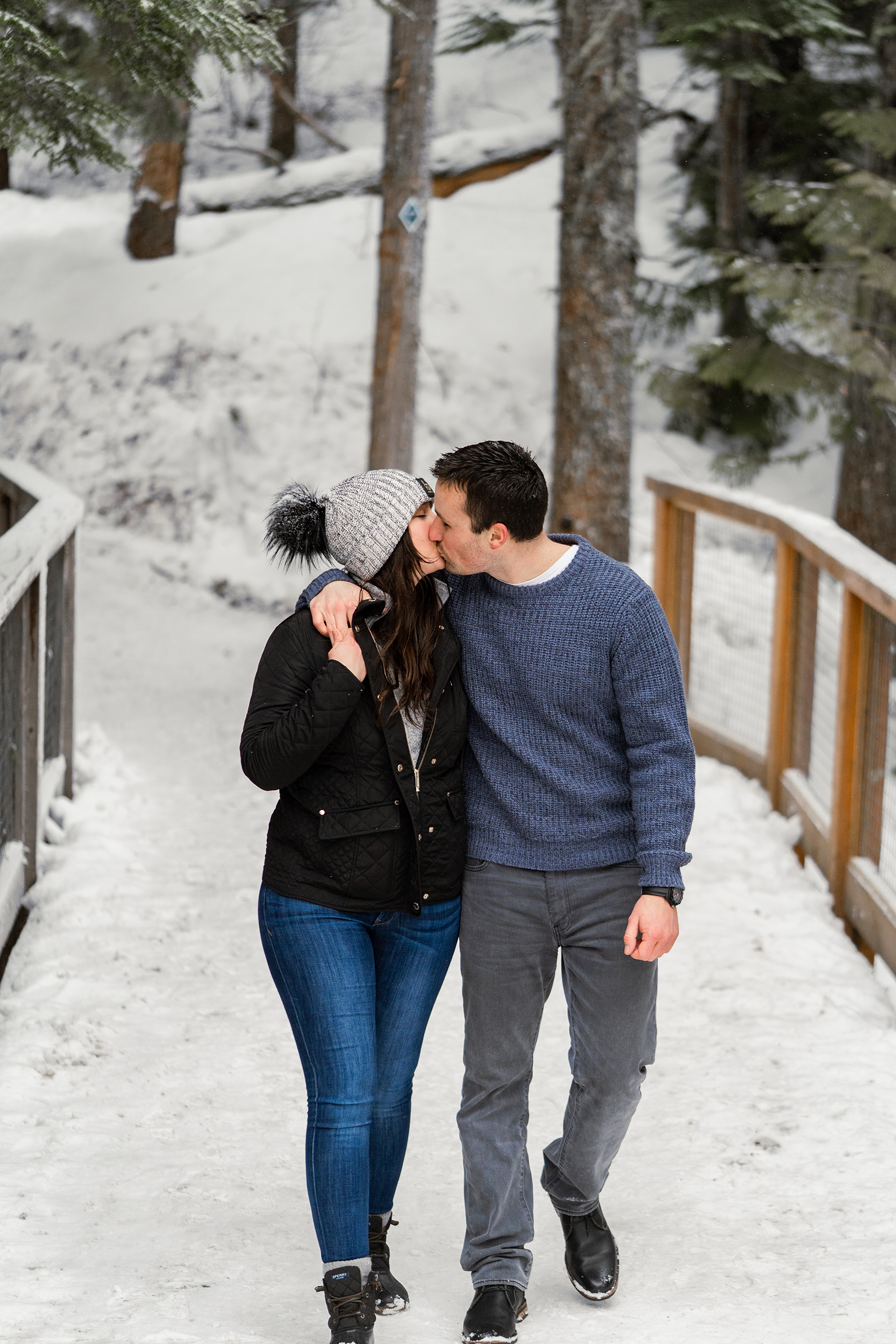 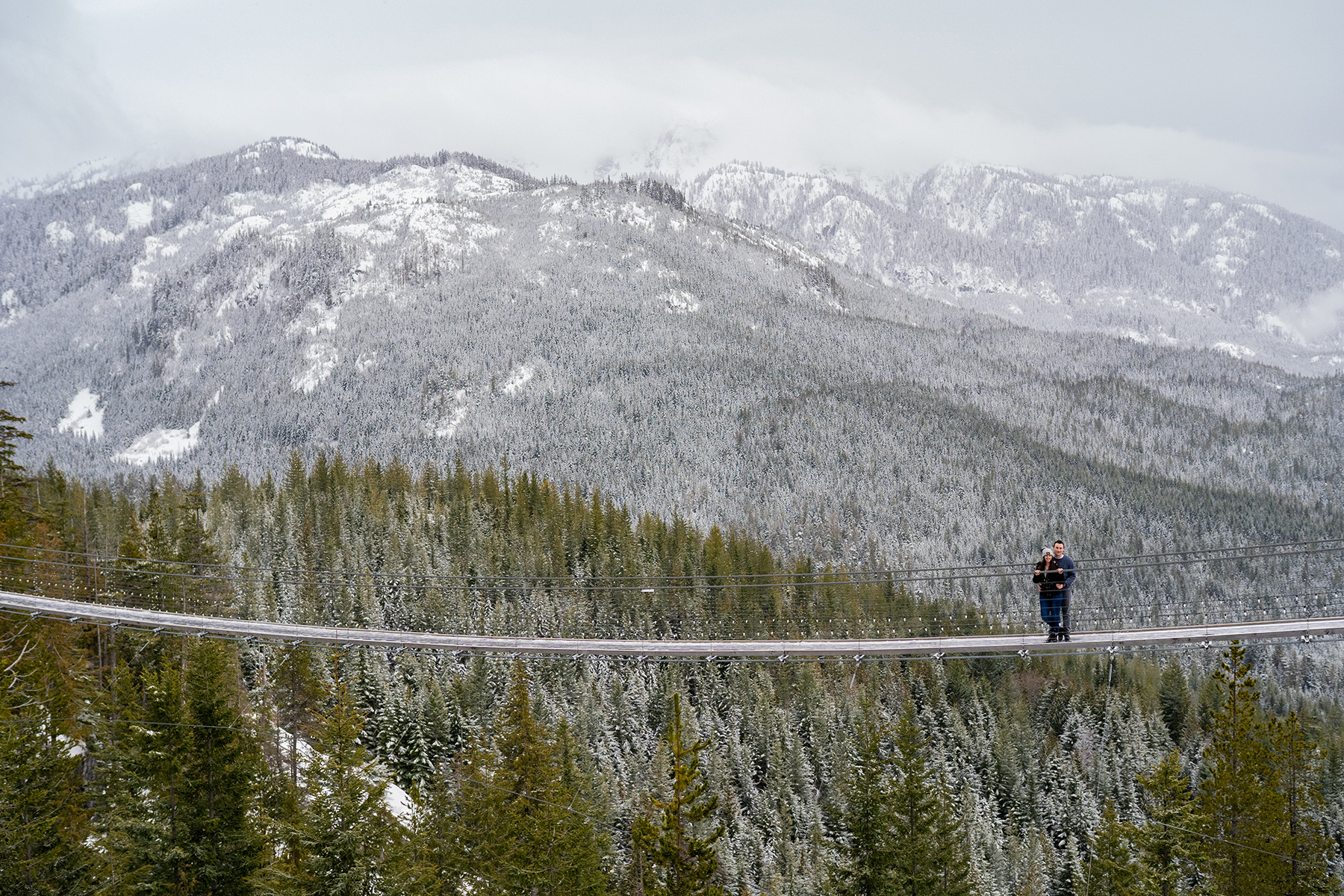 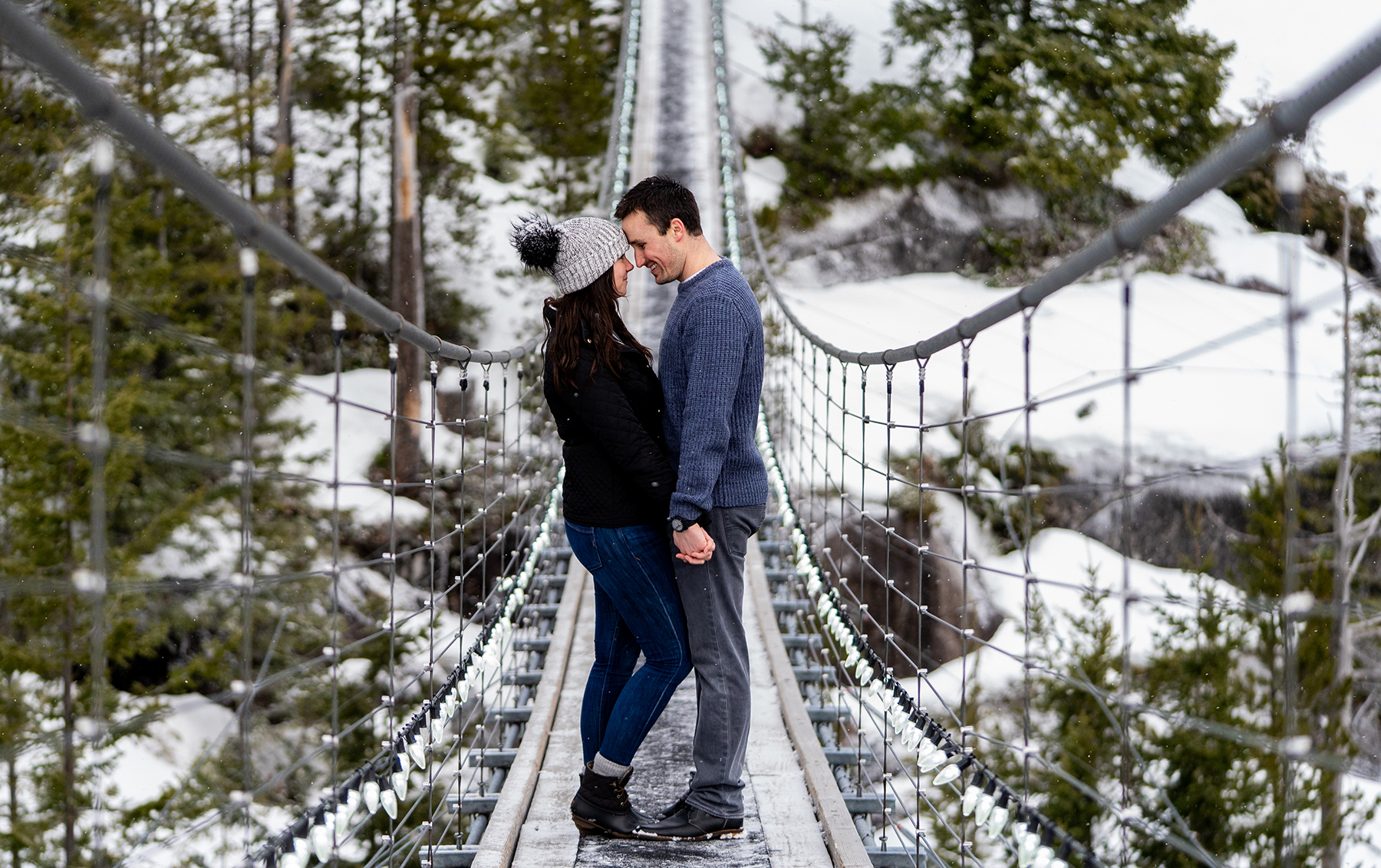 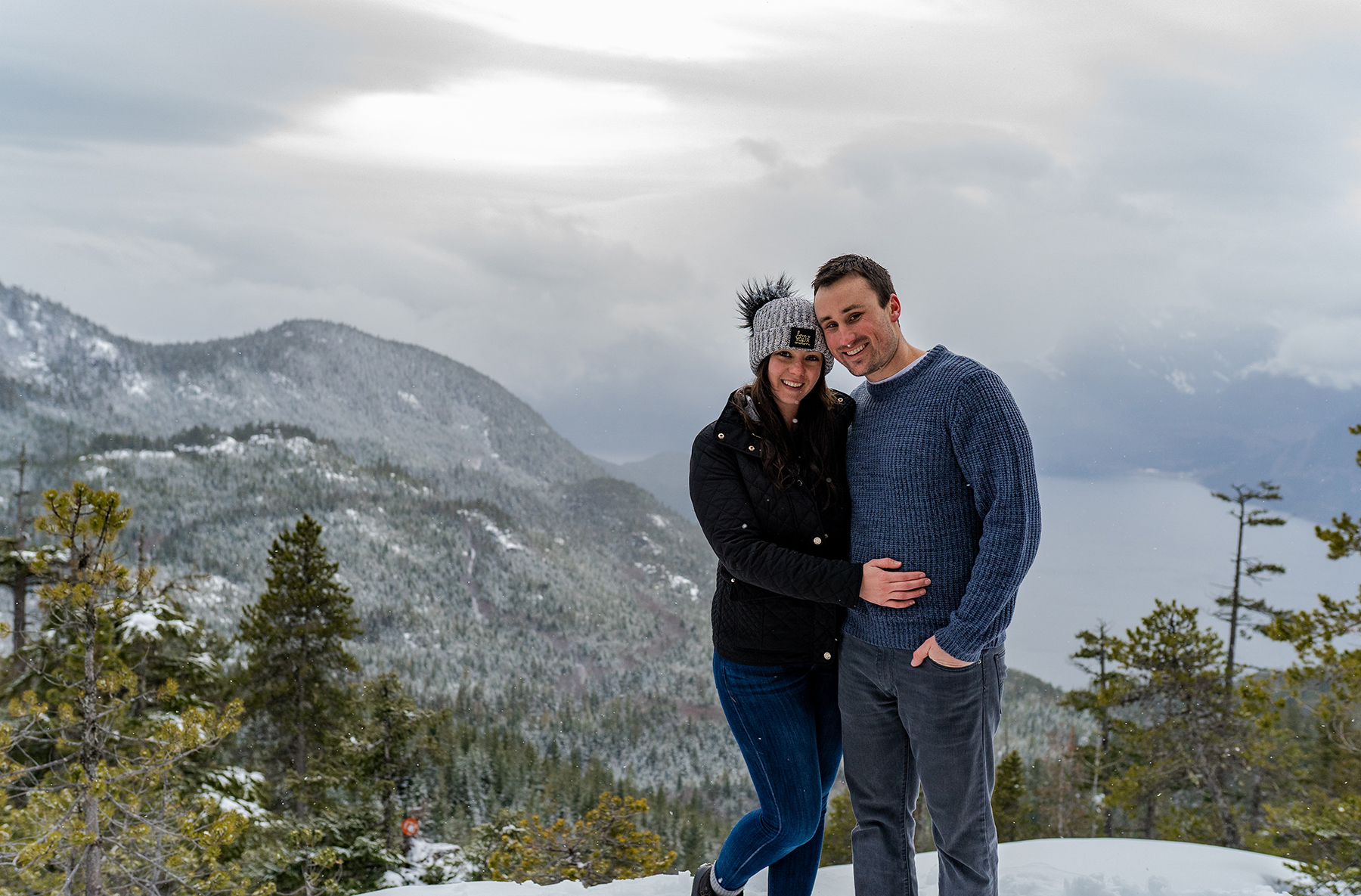 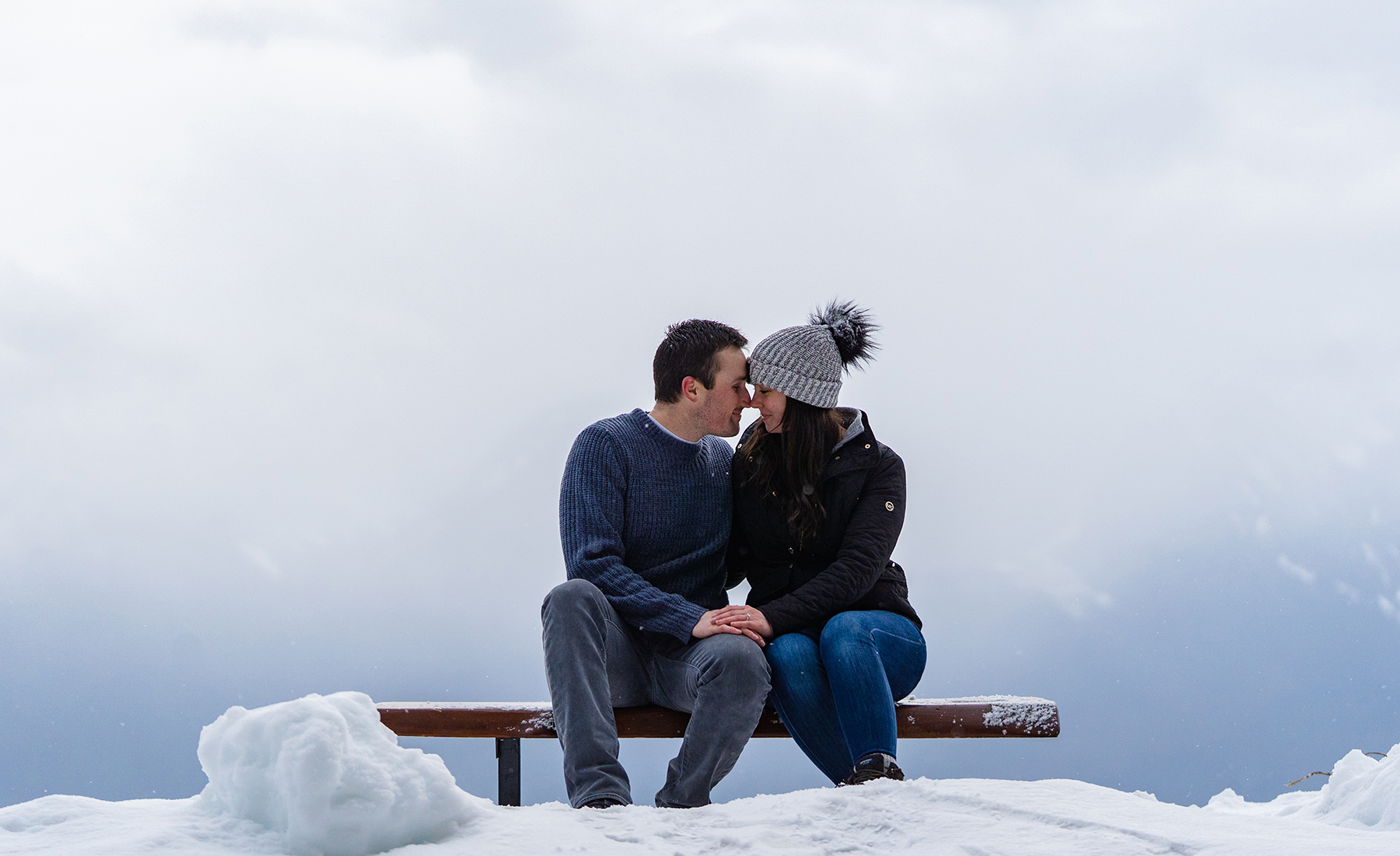 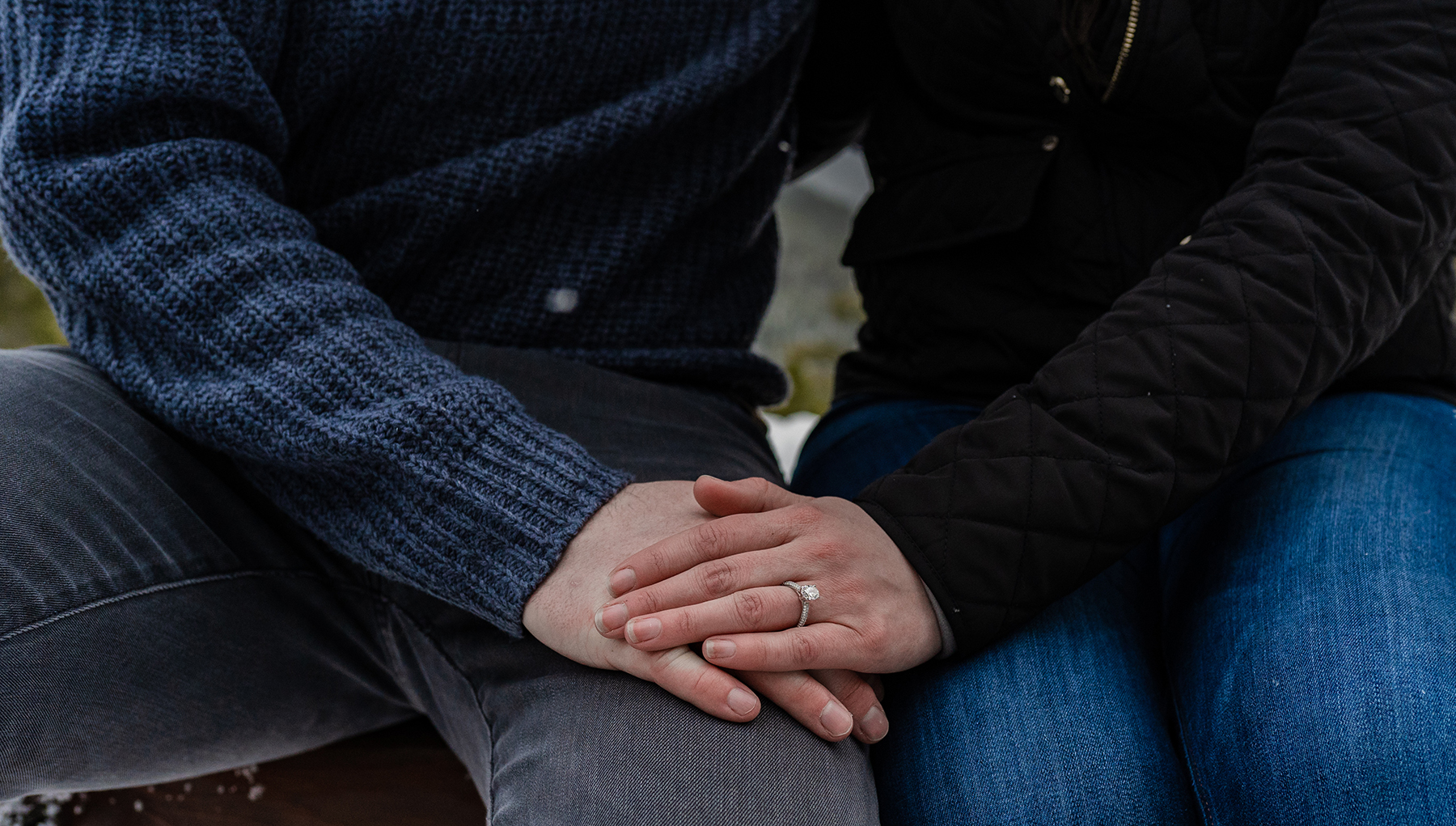 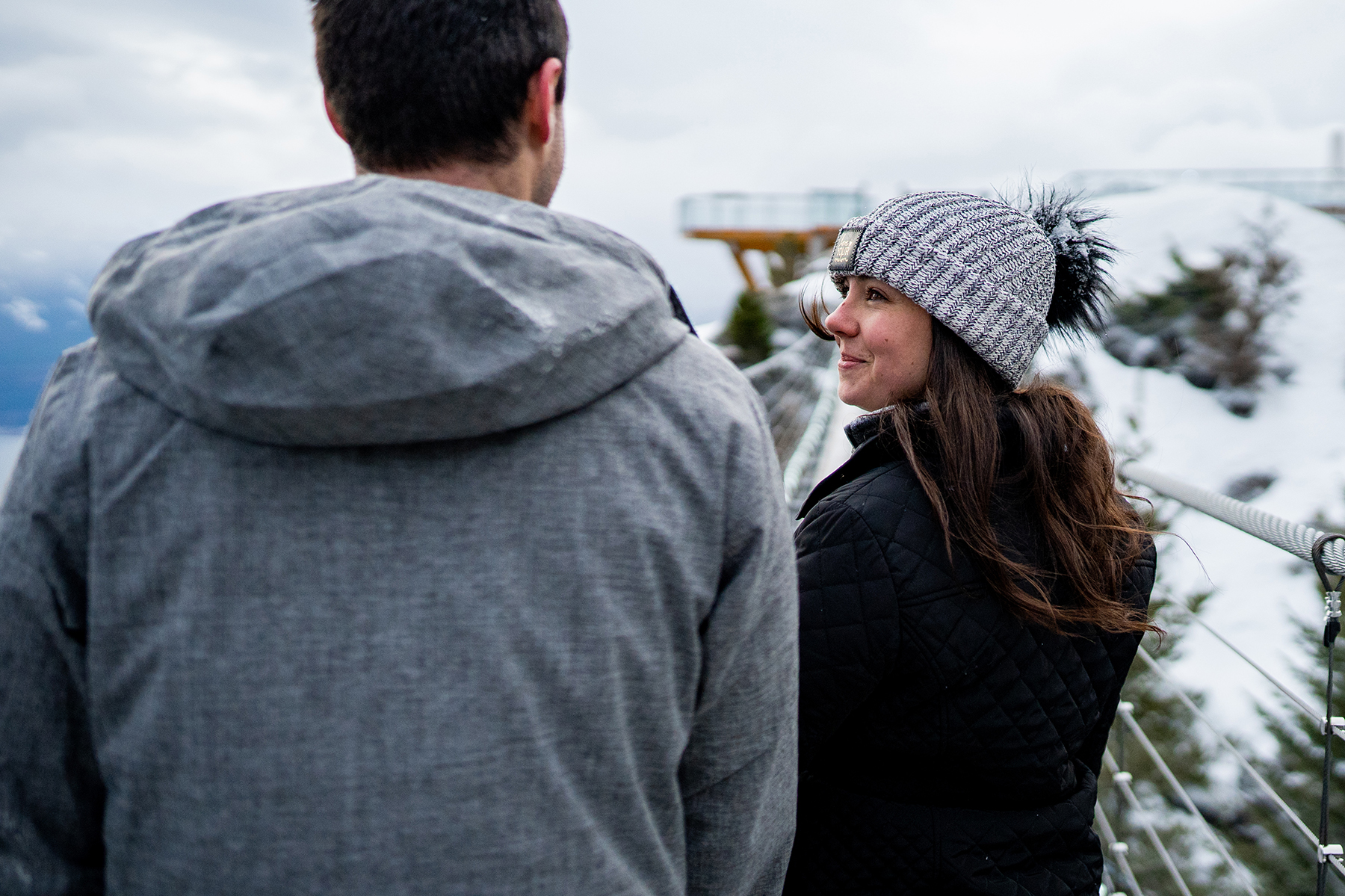 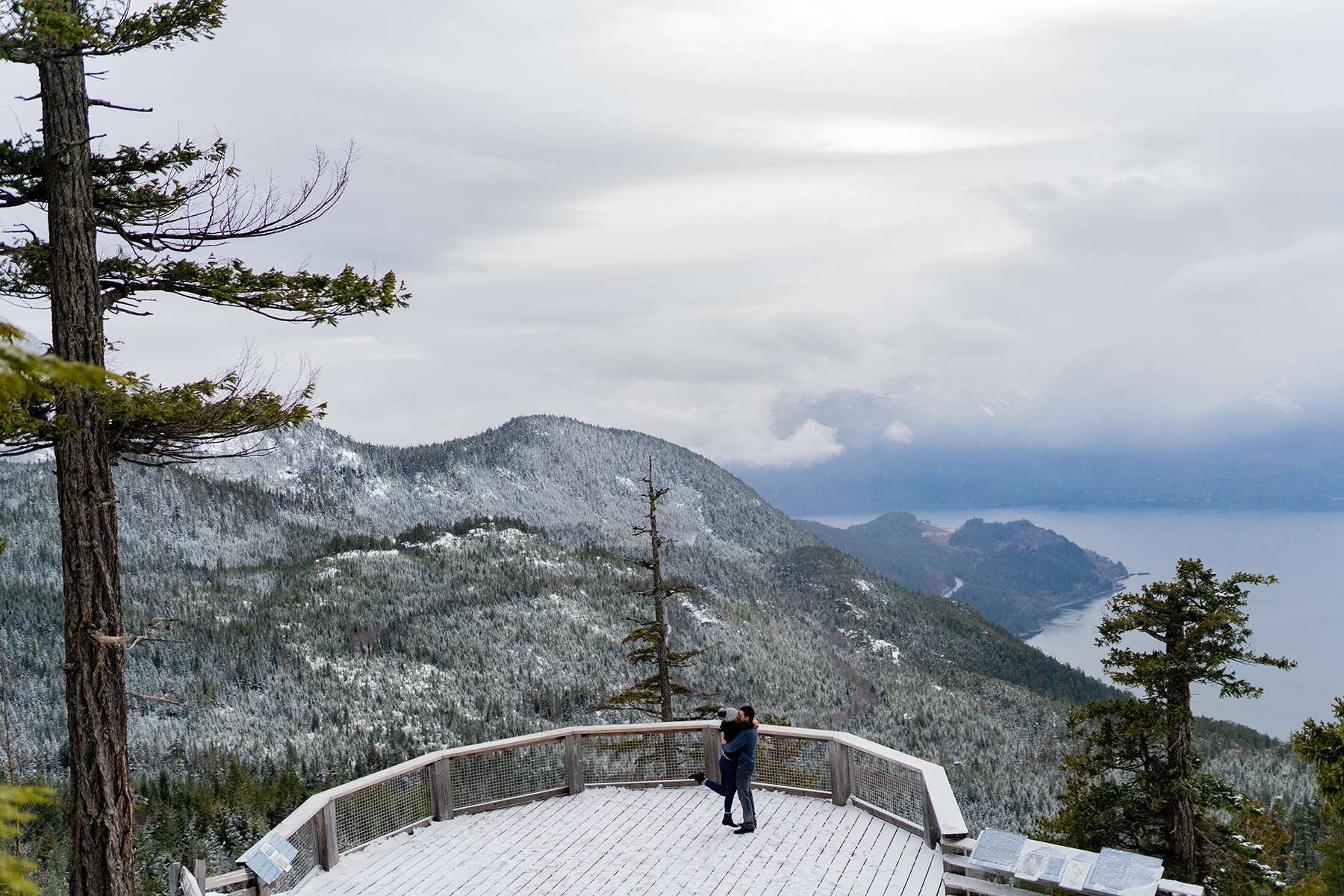 We met through a mutual friend in 2012 and remained friends until we reconnected again in 2015 and began dating.  On our first official date Austin took Kristin to a classic Chicago restaurant called Chicago Pizza and Oven Grinder, which still remains one of our favorite date night spots to this day.

One of our favorite things to do with each other is to travel. In 2019, we even embarked on our biggest journey yet and left our jobs to backpack through Southeast Asia for a few months. In March of 2020, we went on a snowboarding trip to Whistler, Canada and Kristin surprised Austin by having his friends waiting at the airport to join in on the trip as well. Little did Kristin know, Austin had a surprise planned for her on this trip too. After dating for just over four and a half years, Austin decided that Whistler would be the perfect time to pop the question and ask Kristin to marry him.

During the afternoon of March 1st, Austin and Kristin took a gondola ride to the top of the mountain and did what they do best: explored a new destination together. They began to hike around, and after making it to the final viewing point, Austin got down on one knee and asked Kristin if she would spend the rest of her life with him. She of course said YES! Just before making it to the viewpoint a snowstorm had blown into the area.

At first, Austin was disappointed that the views had been blocked by clouds. However, Kristin thought it added to the ambiance and made the winter wonderland moment seem a little more magical. And shortly after, the clouds cleared again and the views were breathtaking. It was also fitting that the viewpoint where Austin proposed was called “Chief Outlook” as Chief is one of their dogs names. Austin also knew of Kristin’s passion for photography so he decided to secretly work with their photographer, Justin, beforehand so that Justin could be there to help memorialize the special occasion. The surrounding beauty from the Sea to Sky Gondola view tops encapsulated everything that they love about travel and this destination will now hold a special place in their hearts forever.

Tell us about the ring/band.

The ring is a colorless oval solitaire diamond with trio-pave set diamonds around the white gold band.