{This is a legitimate, not a snarky question} 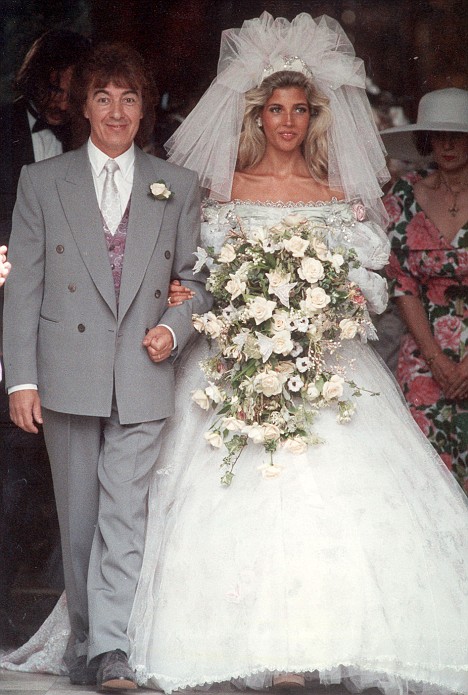 I asked her where her “hermetically-sealed gown” was now.

“I don’t know,” she ironically chuckled

She got married (for the first time) in 1983, two years after Princess Diana’s royal wedding was televised across the globe. Like many Di-inspired brides at the time, my friend wore a big, puffed up, grand, ballroom gown to her 400 person fairy tale wedding. The dress cost $5000 (or approximately $11,000 in today’s dollars.) And as we well know at this point, just like Princess Di, my friend had her dress hermetically sealed.

The gown was left in her mother’s house for a time until the house sold. Some years later, the new buyers found the hermetically-sealed dress had been left behind in the house. They contacted my friend to come pick it up but she never did. By then she was on to her second marriage. For the second wedding, she donned an pared-down but still elegant pantsuit to a much smaller ceremony. While she still has the pantsuit (somewhere) it was neither hermetically sealed nor “lovingly” preserved. One does not often hear a young bride exclaim, “I want to wear my mother’s pantsuit” (though perhaps she should.) Nonetheless, second marriages were not about the traditions of a wedding. They were about the marriage, the wedding being almost a obligatory (and somewhat embarrassing) ritual. In that time, few items are preserved from a second wedding.

By my friends third wedding, she was pregnant and bought a lovely flowing gown for $3000. While this might have been hermetically sealed or preserved in some way, she was carrying a baby boy. The first and last child for this forty-something woman. So in the end, there is no daughter to wear this mother’s gown.

Now the point is not to be a Debbie-Downer.I’m not hear to talk about divorce or difficulty bearing children or anything like that. And I’m certainly not deterring anyone from preserving their gown. Period. But I do wonder if gown preservation is truly the same as preserving heirloom or if it’s one more line item in one of the biggest personal budgets you will manage in your lifetime. Like any wedding related line item in these trying economic times, I encourage you to give an honest assessment to gown preservation. Is your gown really so classic that your daughter will want to wear it in 25 or 30 years? Does it mean that much to you to have your daughter wear your gown? Will you have a daughter? Is there something else you would rather do with it? Sell it? Donate it? Trash it?

What WILL you do with your gown and why?