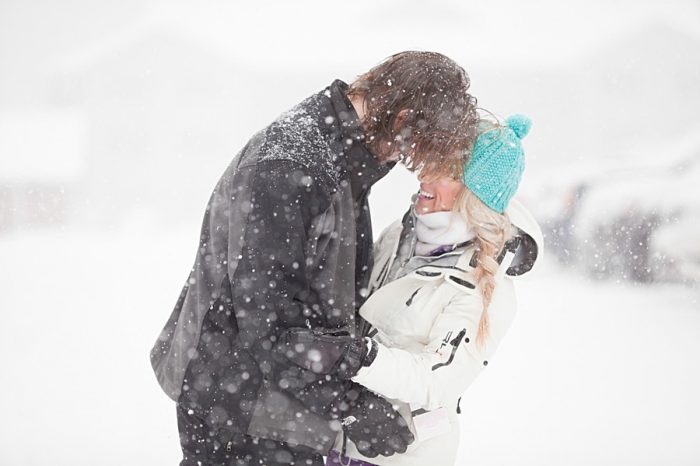 Like many engagements, perfection comes in the imperfections. Katie and Clay woke up to a beautiful winter wonderland but with no electricity, and the road to the ski area was closed. Their plans to ski had to be cancelled. But what happened when they went outside to play in the newly fallen snow is nothing short of magical. 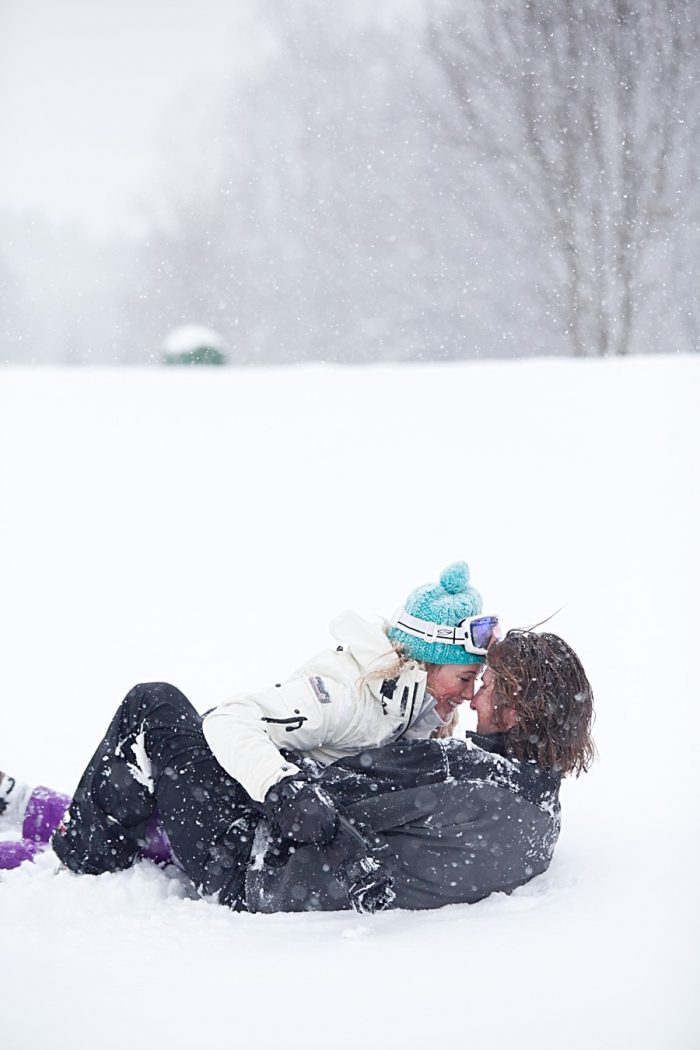 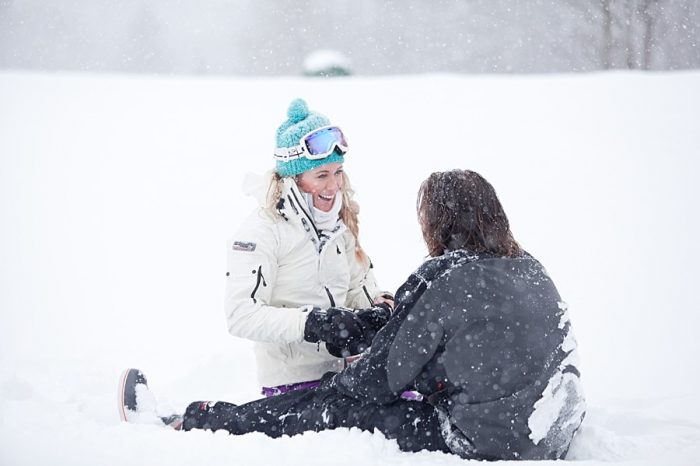 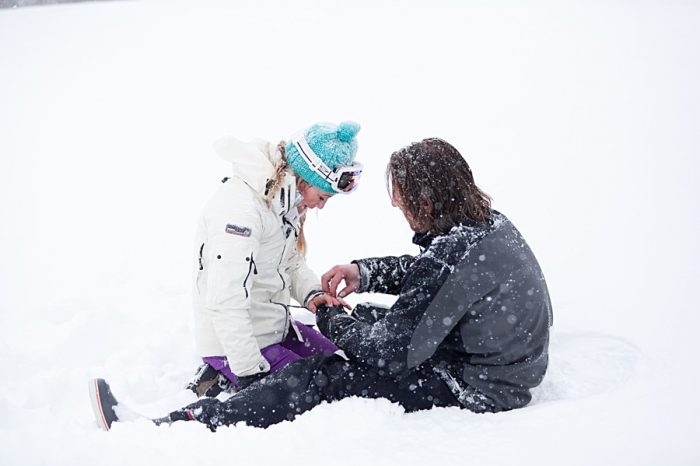 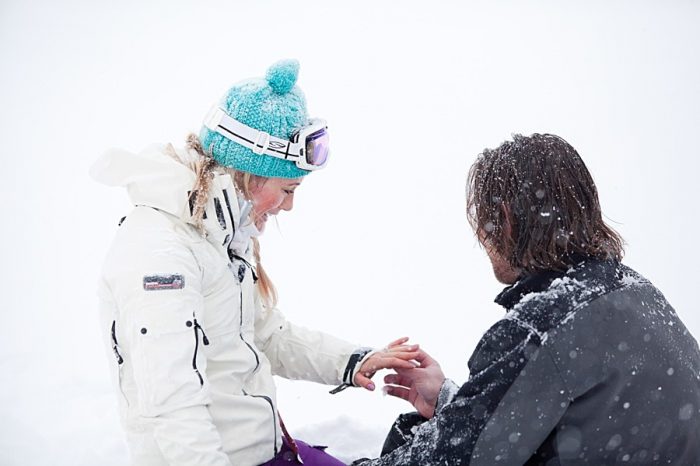 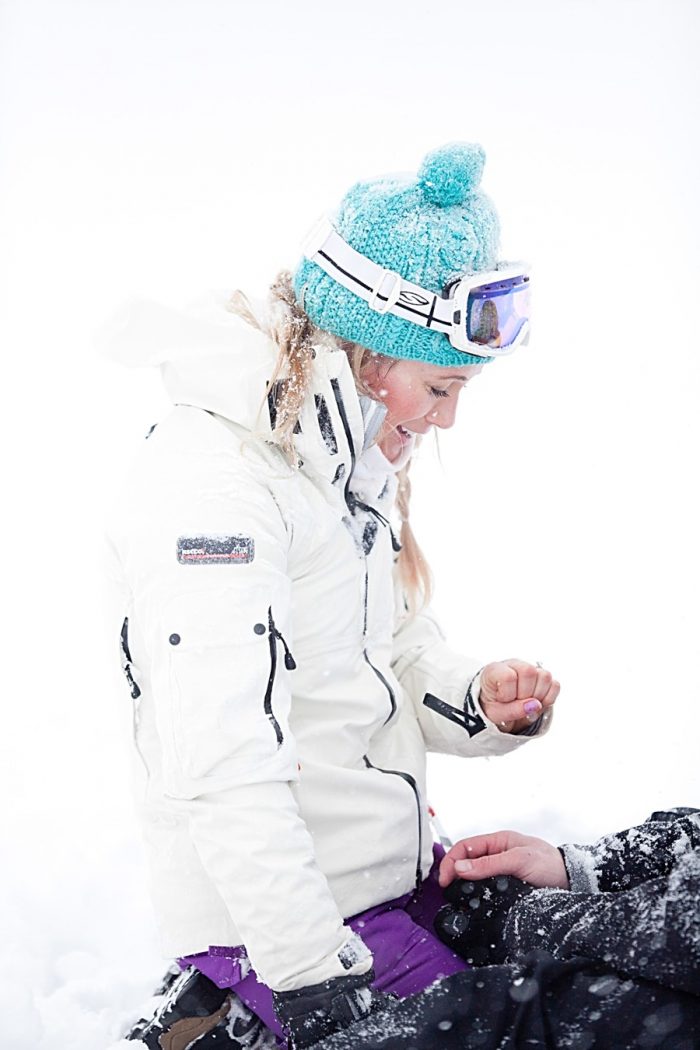 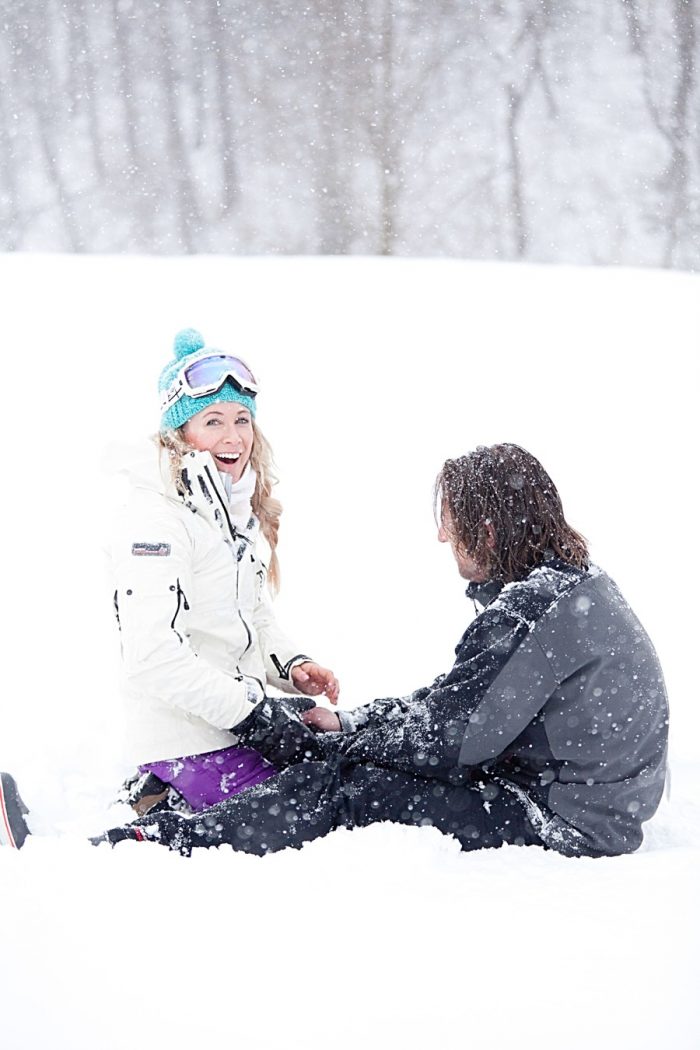 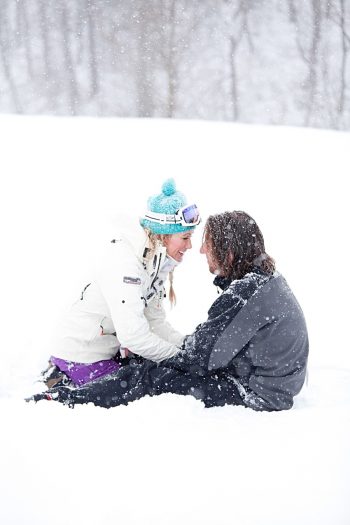 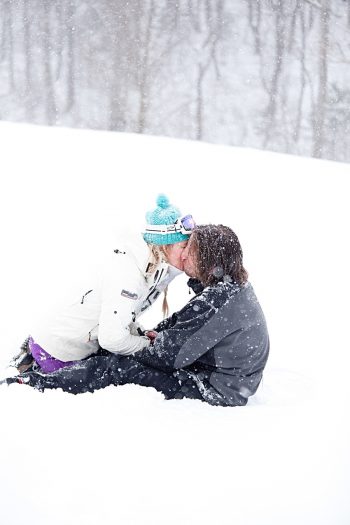 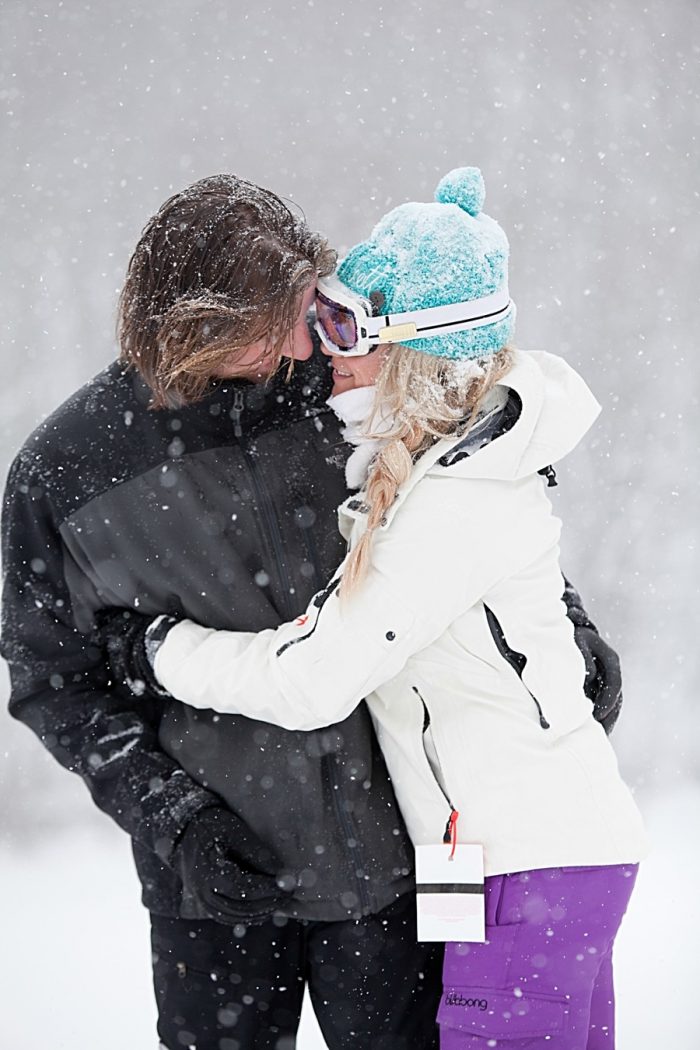 From Katie (The Bride)

To say the word ” magical ” to describe “my day” is completely an understatement. It just doesn’t do it justice!! Do you remember Cracker Jacks as a kid?? Yes, you know… That amazing caramel popcorn that comes with a prize inside the box, (btw… how do they get all that saltiness and sweetness In that box seriously?! ) Well,…. my day was kinda like that.

As I was having a blast eating my cracker jacks with that childlike innocence! You know…the feeling that you live in a far away land where nothing can touch you…I reached in for my prize and instead of getting a sticker I got a wedding ring!!!

The day, unfortunately, didn’t start on our side though…We woke up with no power and unable to go skiing because the road to get to the slopes closed a snow storm! Go figure we drive all the way up to a ski resort and couldn’t go skiing because it was snowing.

Anyway, you know the saying when life throws you lemons…make lemonade! Well that’s just what we did!! But we made our lemonade in the form of Bloody Mary’s and a day full of catch phrase, sledding, and proposals!!

When we came up with this master plan to go play in the snow, we realized we didn’t have anything to sled on! So, as We were tossing around a bunch of ideas (ie trash can lids, Tupperware lids,etc) Clay on his own started walking to scope out hills and came back with the car mat from the back of the Tahoe! That boy was on some mission!! Genius! Or so we thought, haha! But when we took it out to the hill and tried to sled down…no momentum! Ha! But we were going to make freaking lemonade out of this day!! So we Honey badger style decided to log roll down the mountain.

When I reached the bottom, and regained my bearings… I looked up to see Clay right in front of me on one knee… Holding his chest, Out of breath!!

And then it hit! Oh my GAH! He is having a heart attack!!!

THANKFULLY, it turned out that he was actually preparing to propose with the ring in his chest pocket… Minor difference!

I don’t think he said much, other than, ” Will you marry me?” And if he did, honestly I don’t think I would have remembered! I responded, ” I’m feeling a little feverish!” … And then ” Am I drunk, or is this really happening?” Not the most romantic response that a guy is looking for after he proposes, Ha! But I’ll tell you, no one can prepare you for the RUSH of emotions you feel when the love of your life is in front of you asking you to spend the rest of your life with them! I literally think I was SO happy that I felt a little sick! Luckily it did pass!

And after that came the butterflies of excitement! I hugged Clay for what seemed like a moment but yet turned in to a solid 10 min of hugging, embracing, kissing, and me saying, “are you serious?!” Mind you I never did say yes at this point, and so I remember Clay having to say “SO, will you?” Haha! Thinking back now it’s funny that I kept asking if he was serious, as if it was a joke….but what if he really did say ” No, it’s just a joke!” That would have been the worst joke ever! No thank you.

After I did finally say yes, I’m not sure if I ever did come off my high!! A morning of fun with friends and my amazing boyfriend just turned in to one of the most amazing days of my life with true forever-cherished memories with the best of friends and my fiancé!

And the best part, …our friends and Clay’s sister ( who happens to be a professional photographer! Score!) Were able to tape and photograph the whole thing! Of course Clay and I were in our own world, and so I do think we really knew what they were doing!!

It was the perfect start to a new chapter of my life… The chapter that as little girls we all close our eyes tight imagining, hoping, dreaming, wishing… The chapter where we become a princess with our knight and shining armor by our side. I hope others seeing our pictures can remind the little girl in all of us that that chapter IS real, and does exist…