Now you all know I'm excited as all-get-out to feature Lara and Darin's DIY wedding in a meadow in –you guessed it–Mammoth Lakes. Lara DIY-ed most of her mountain meadow wedding, making her own centerpieces. For other elements, she relied on professionals, including hiring a D.J. and having her dress custom made. She serves up some classic hindsight advice today, such as speak up early if you don't like something by a wedding professional, and get your partner in on the action early. Read more about Lara's low-key wedding. 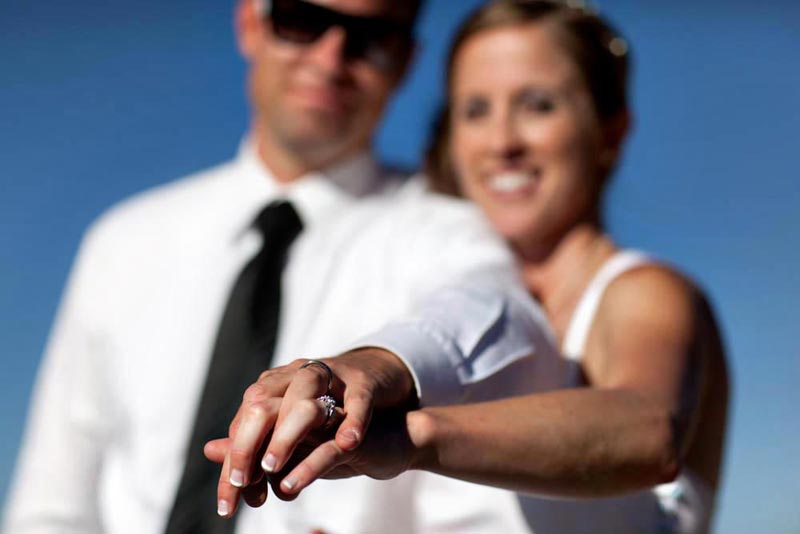 Briefly tell us a bit about your wedding, the planning process, what inspired you and/or any special elements you incorporated.
I was engaged for a little more than a year so I had plenty of time to plan and enjoy my engagement, however you can never start planning too early because even with all that time I still felt a bit anxious as the event got closer and closer. We had our wedding outdoors in a meadow in Mammoth Lakes. We were able to convince our local Catholic priest to marry us outside (probably had something to do with the fact that we would be the last wedding he performed before he retired), which meant a lot.  I was actually very inspired by my husband (then fiance) who said from the very beginning of the planning process that we should just have a big party and invite all of our friends. He didn't want it to be too formal because then we wouldn't be able to afford inviting a lot of people. My motto was simple yet elegant and not only did it take some of the pressure off, it turned out great. Our friends are still talking about how fun it was to this day! So listen to your husband-to-be, he does have good ideas. 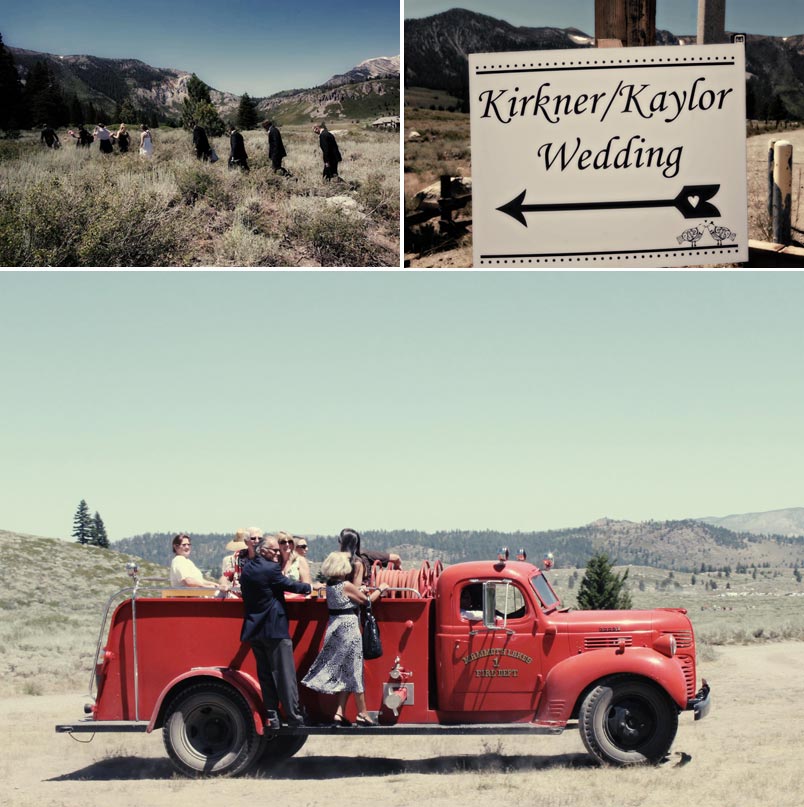 What are three things you're glad you did? 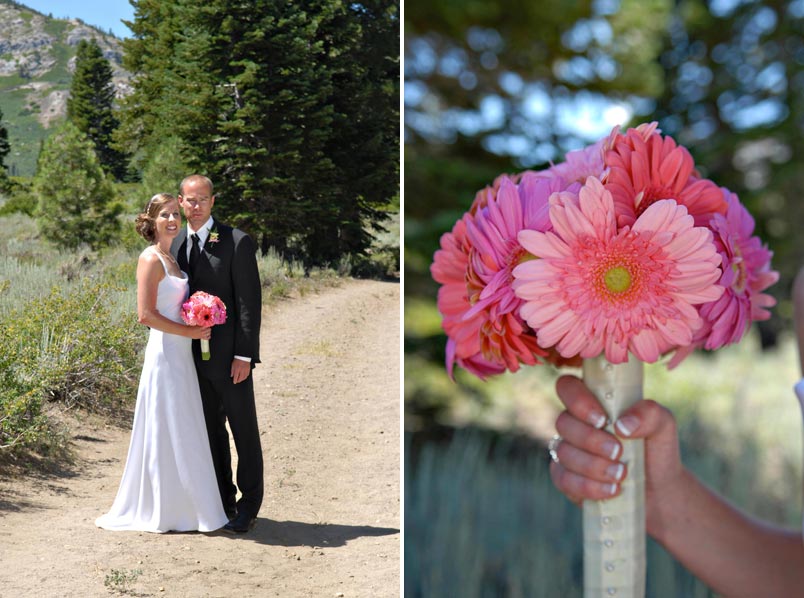 Three things you wish you had done? 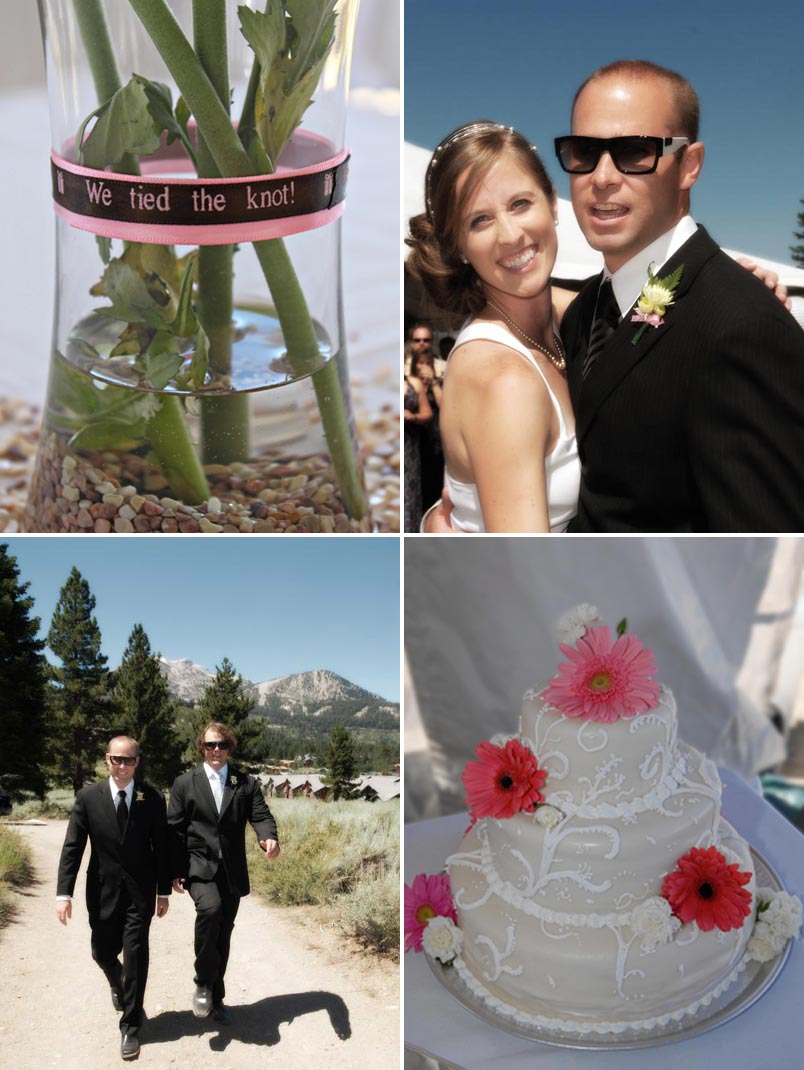 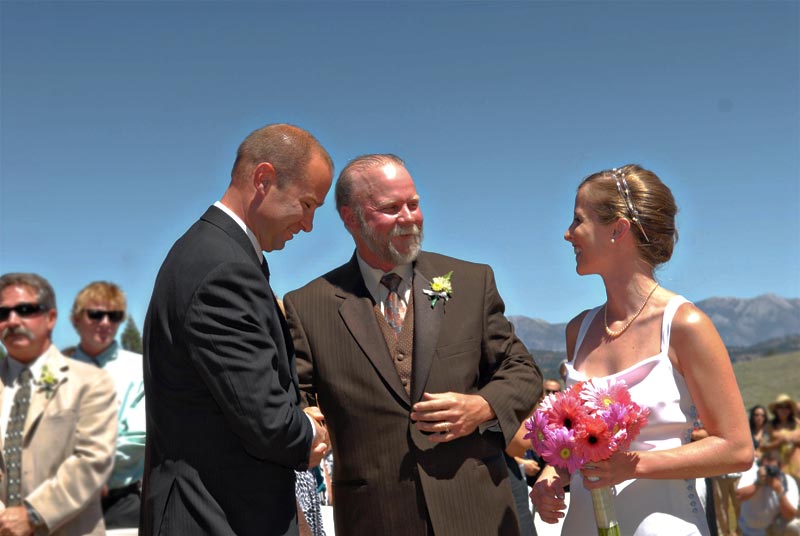 Three things you wish you hadn't worried about? 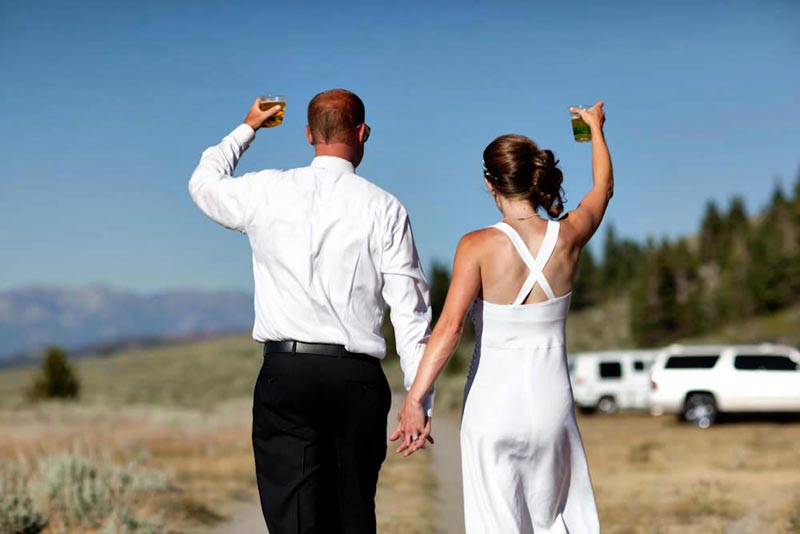 What is your very best hindsight advice?

No one is going to notice or even remember if little things go wrong at your wedding, so don't sweat the small stuff. Have a good bar and good music, and be realistic about your budget and your priorities. It's not a competition, it is the beginning of something very sacred, just remember that and you'll be fine.