After a wondrous engagement in Scotland, Aussie couple wanted to bring it back home to their beloved Australia and get married at the Kangaroo Valley Bush Retreat. As observed from Who Shot the Photographer’s captures, this place is renowned for its stony cliffs and its carved, craggy paths. Lyndall and Ben gave their guests the ultimate wow factor by hosting a three-day party with everyone and hosting their ceremony amongst the impressive rocky formations. Native tropical blooms creations from Botanic Art and jewel tones in deep ruby red and dark sapphire made an appearance to add a sweet dash of elegance to their pastoral wedding celebration. 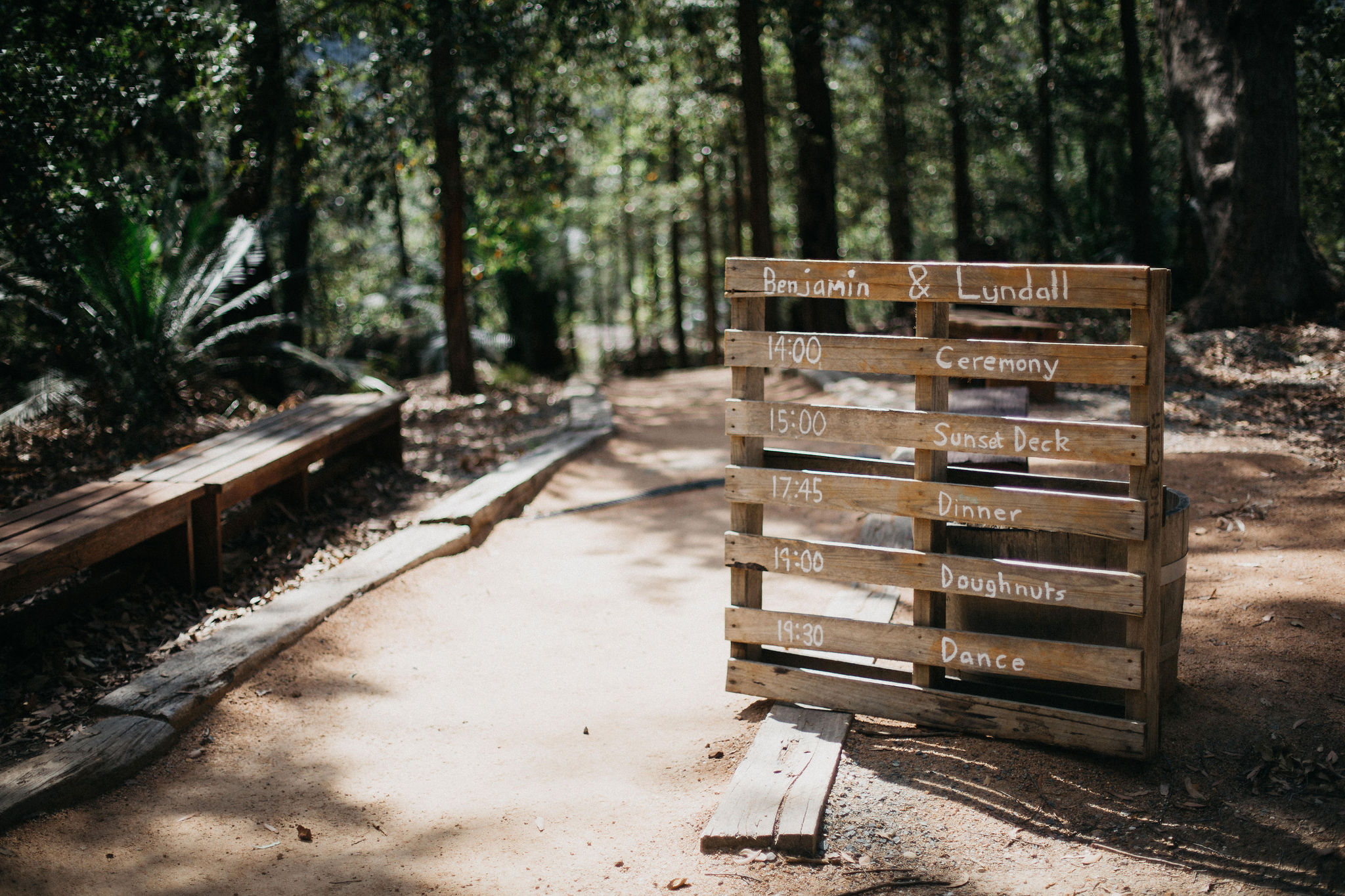 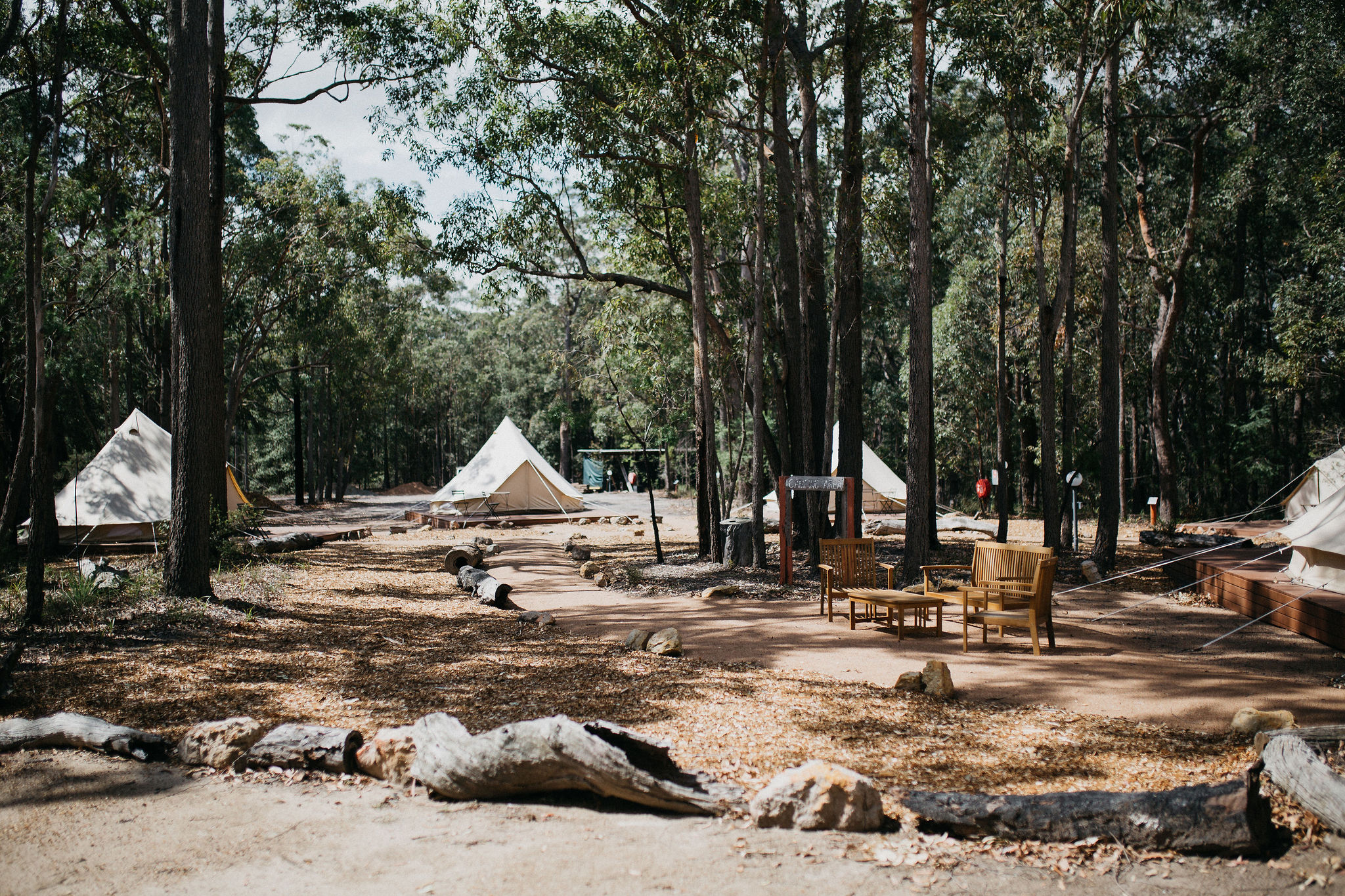 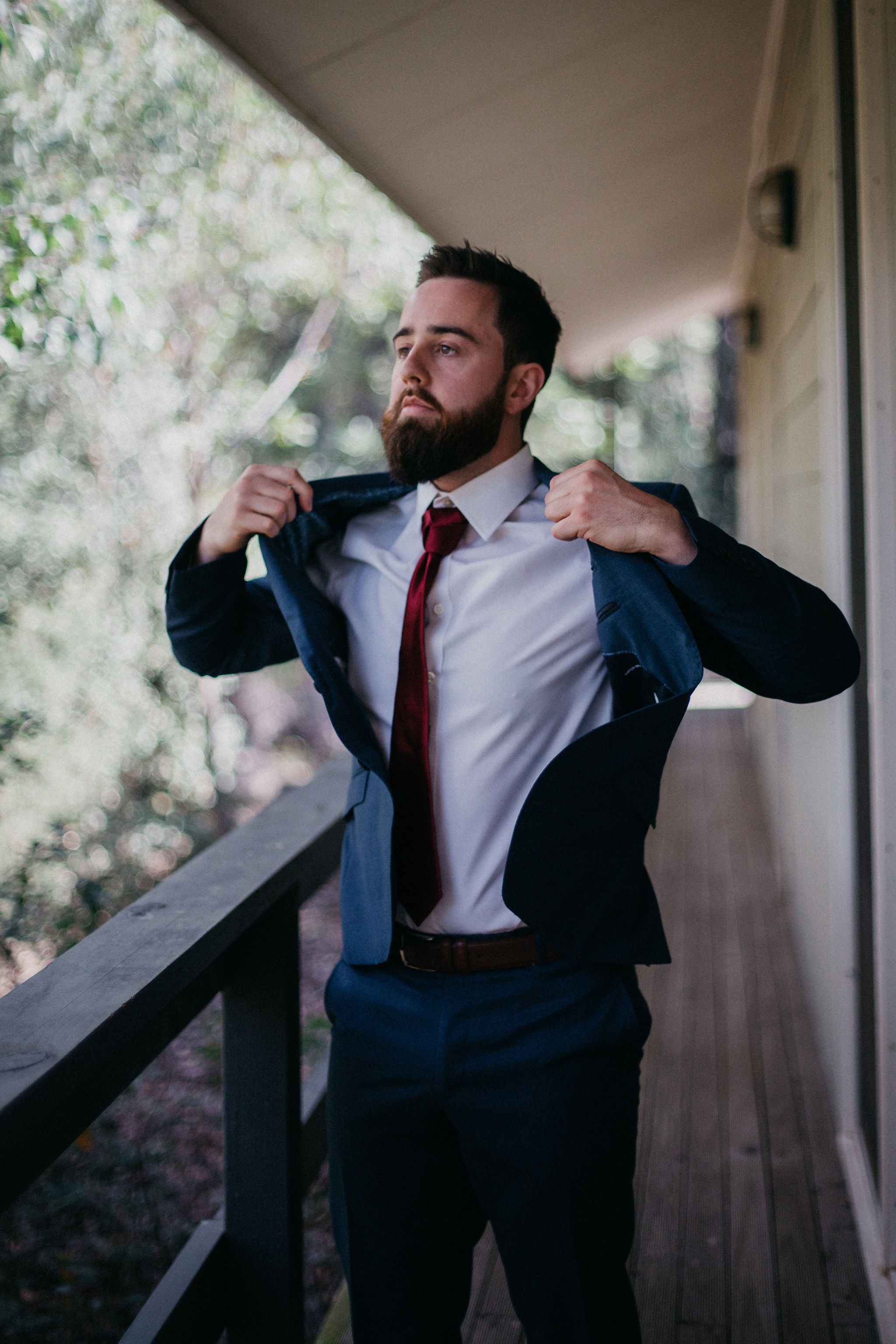 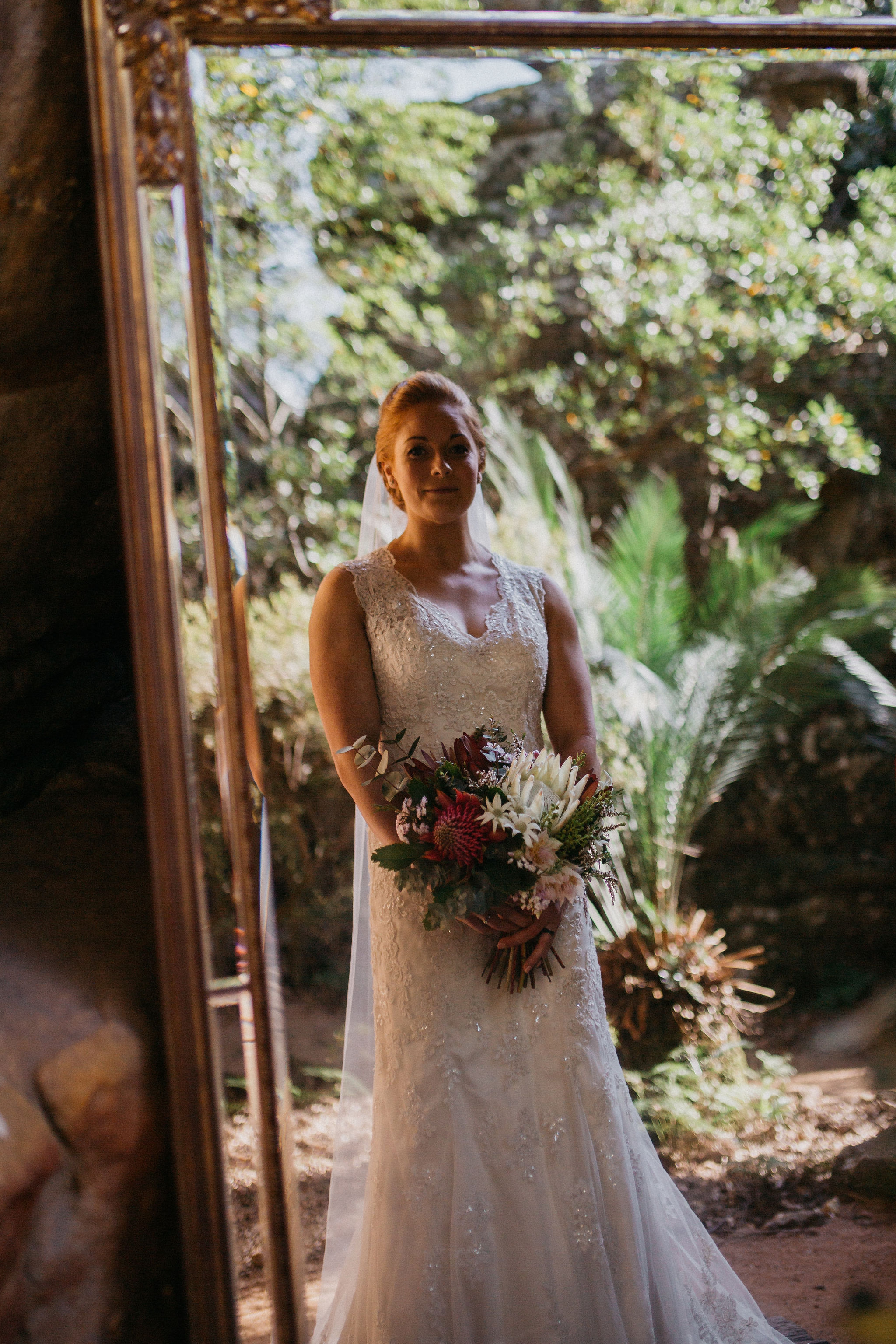 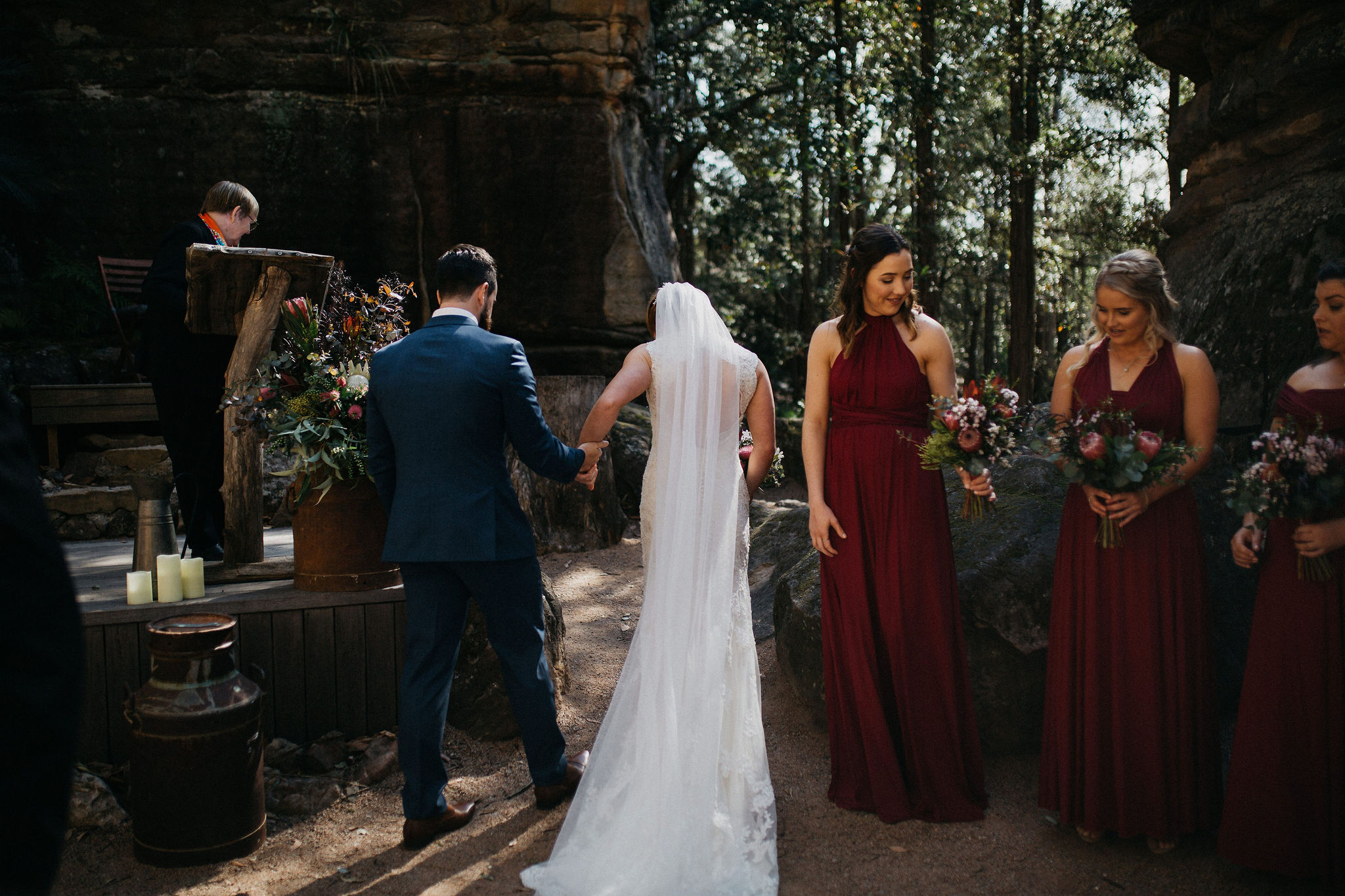 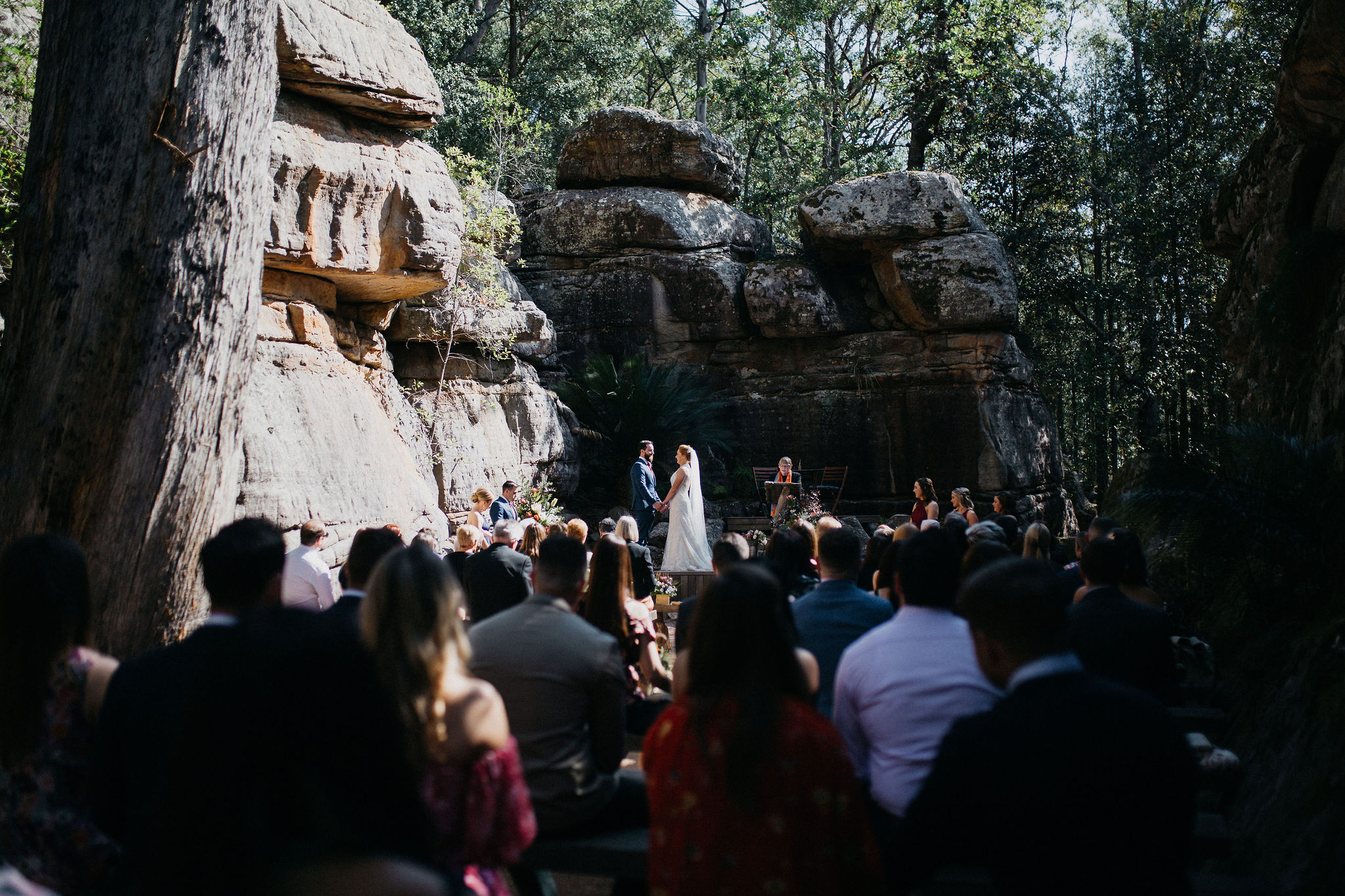 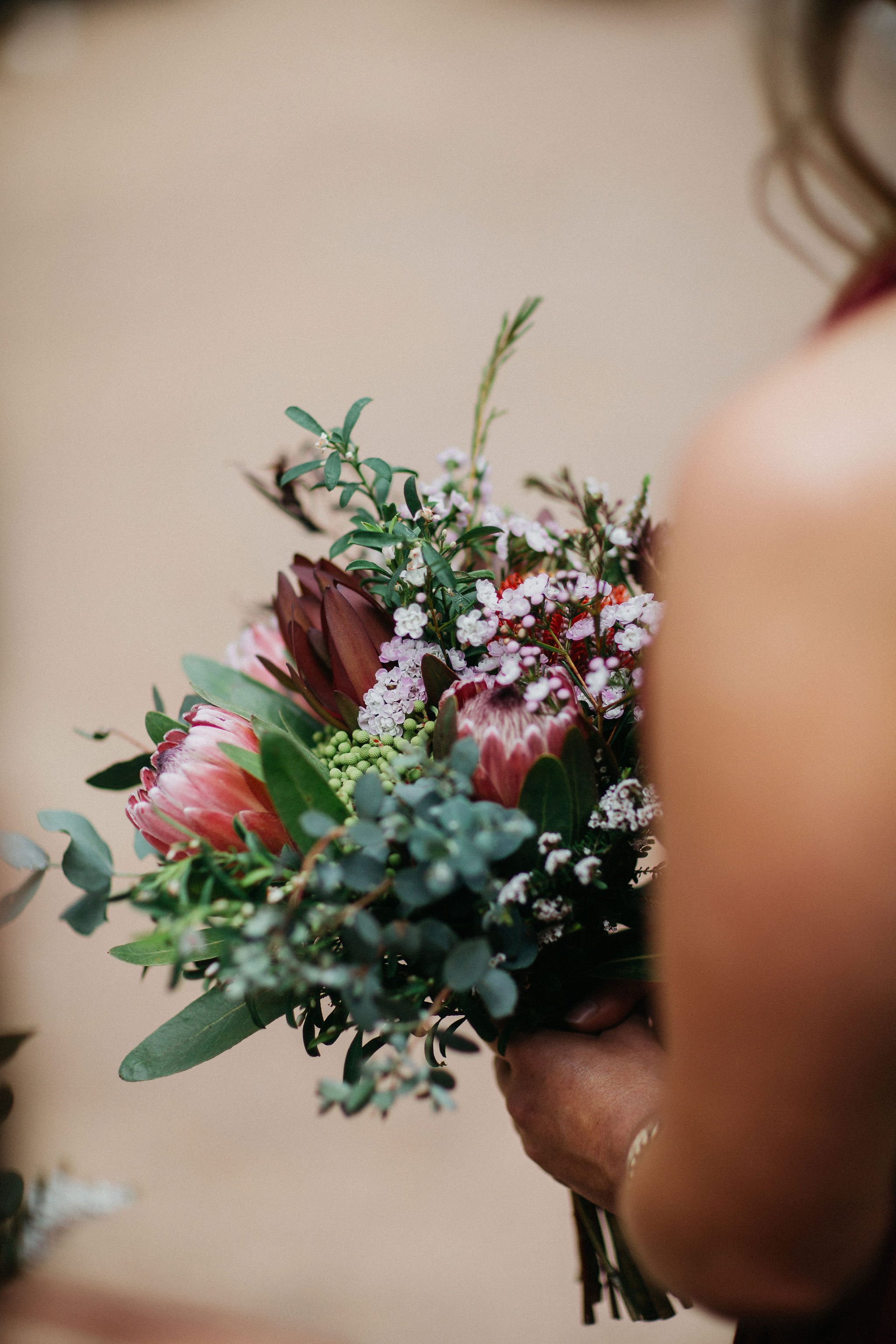 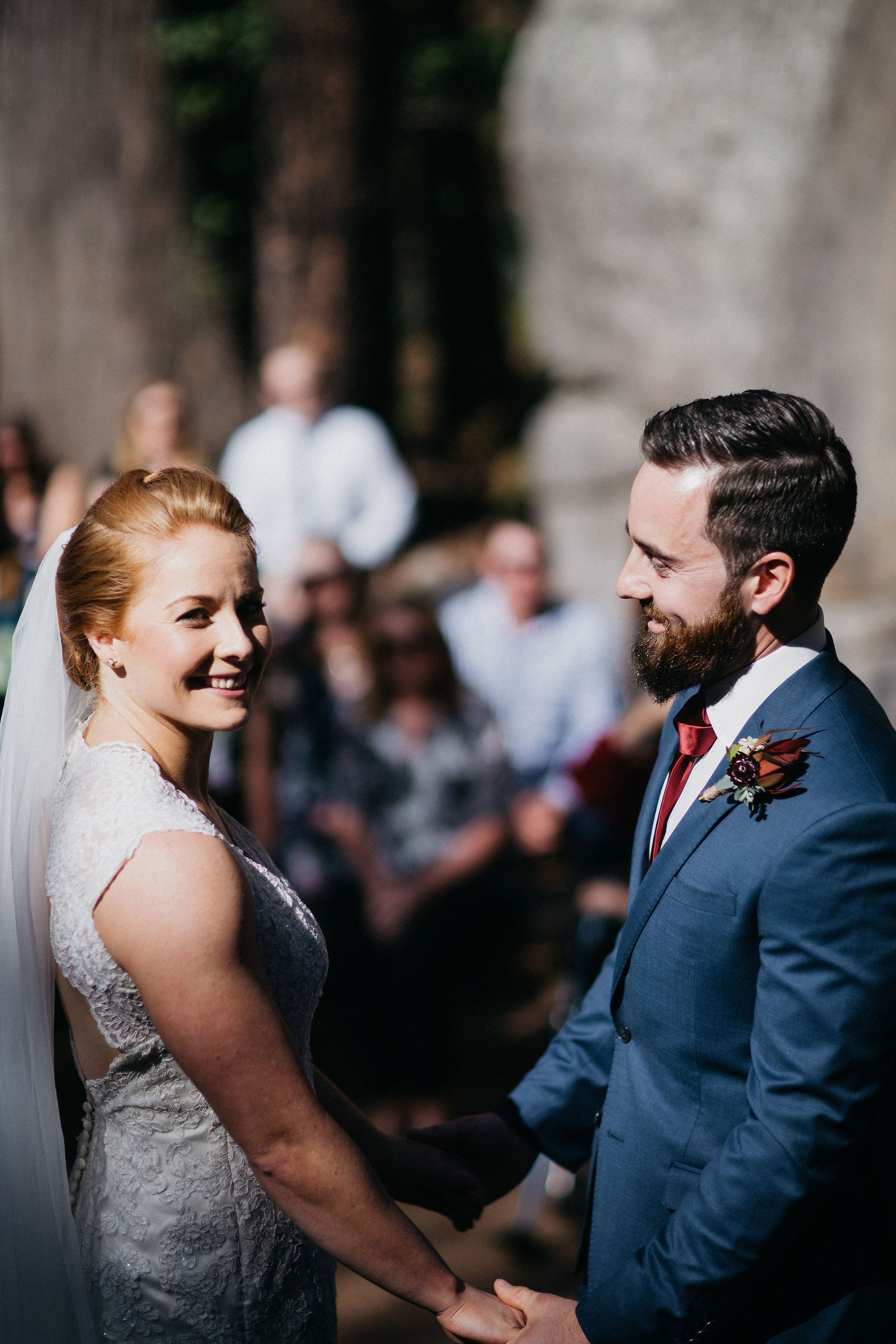 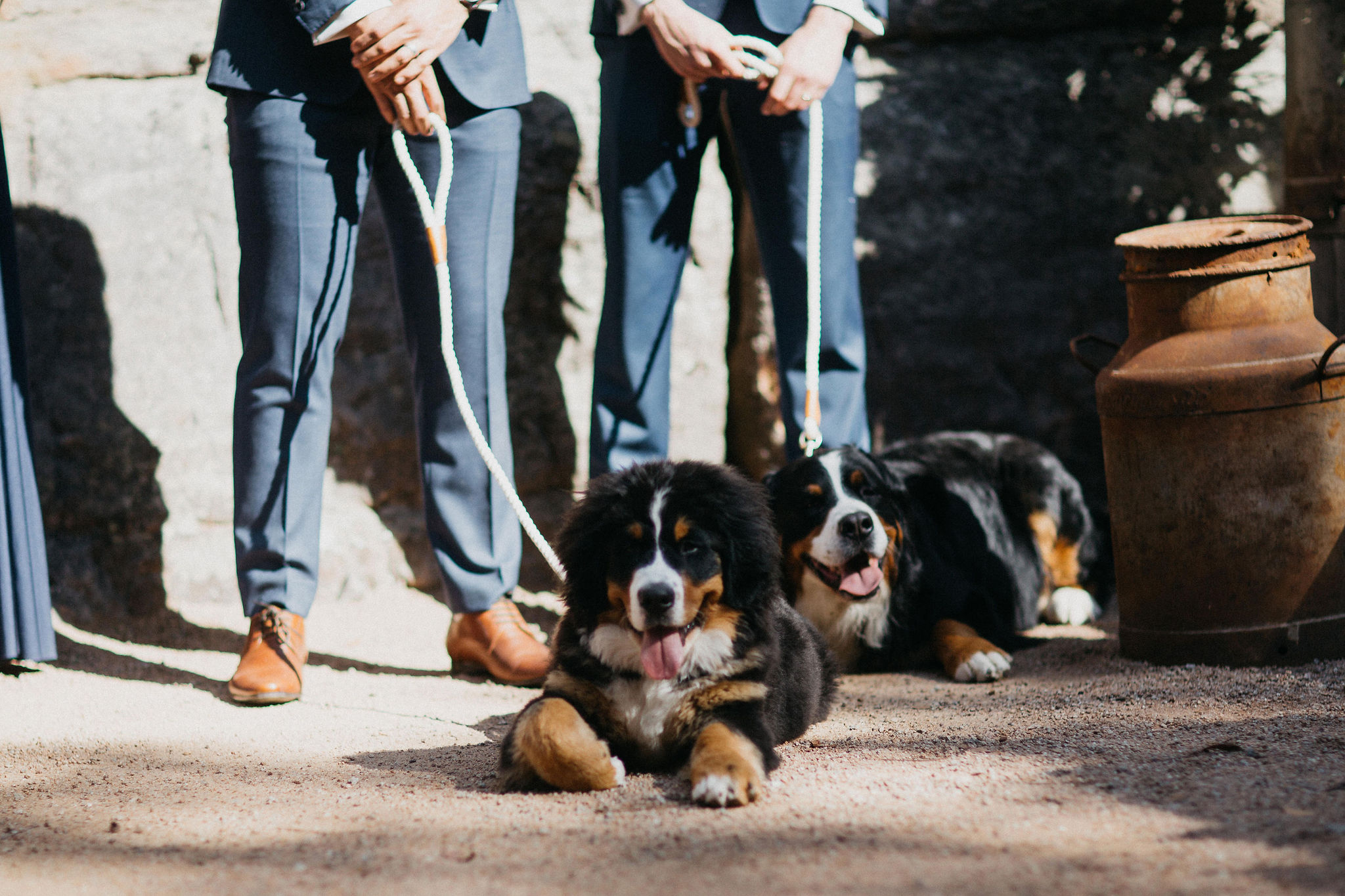 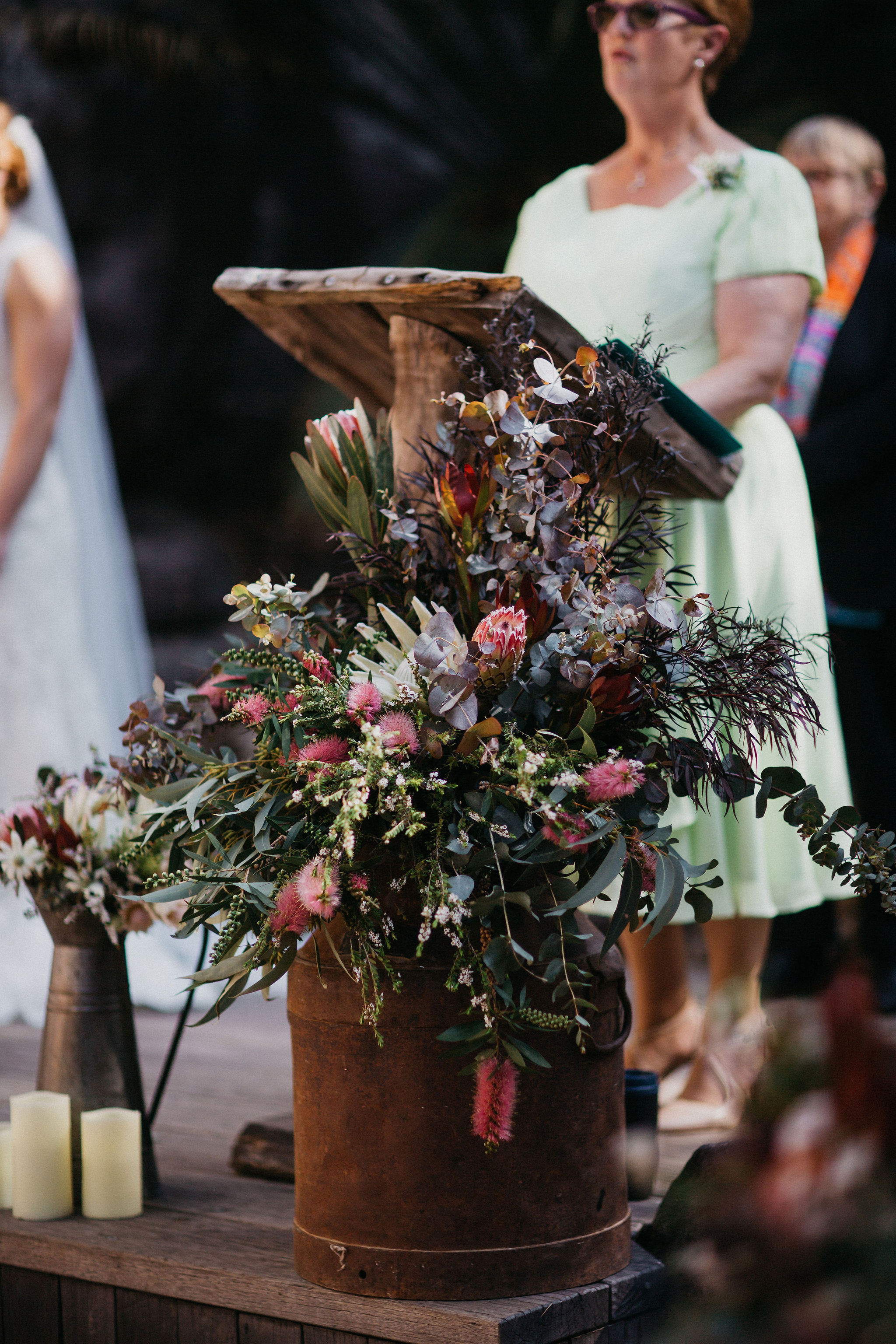 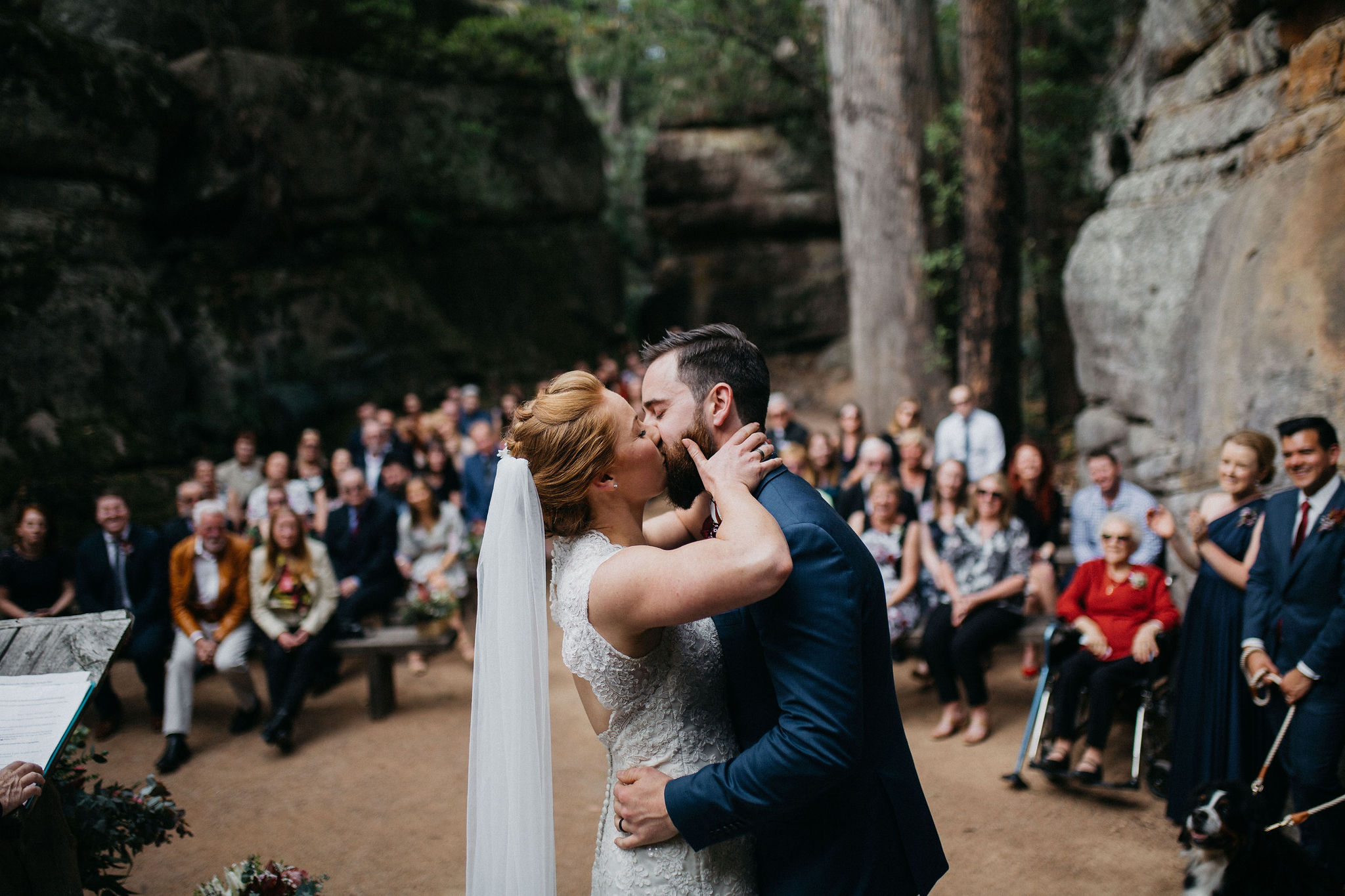 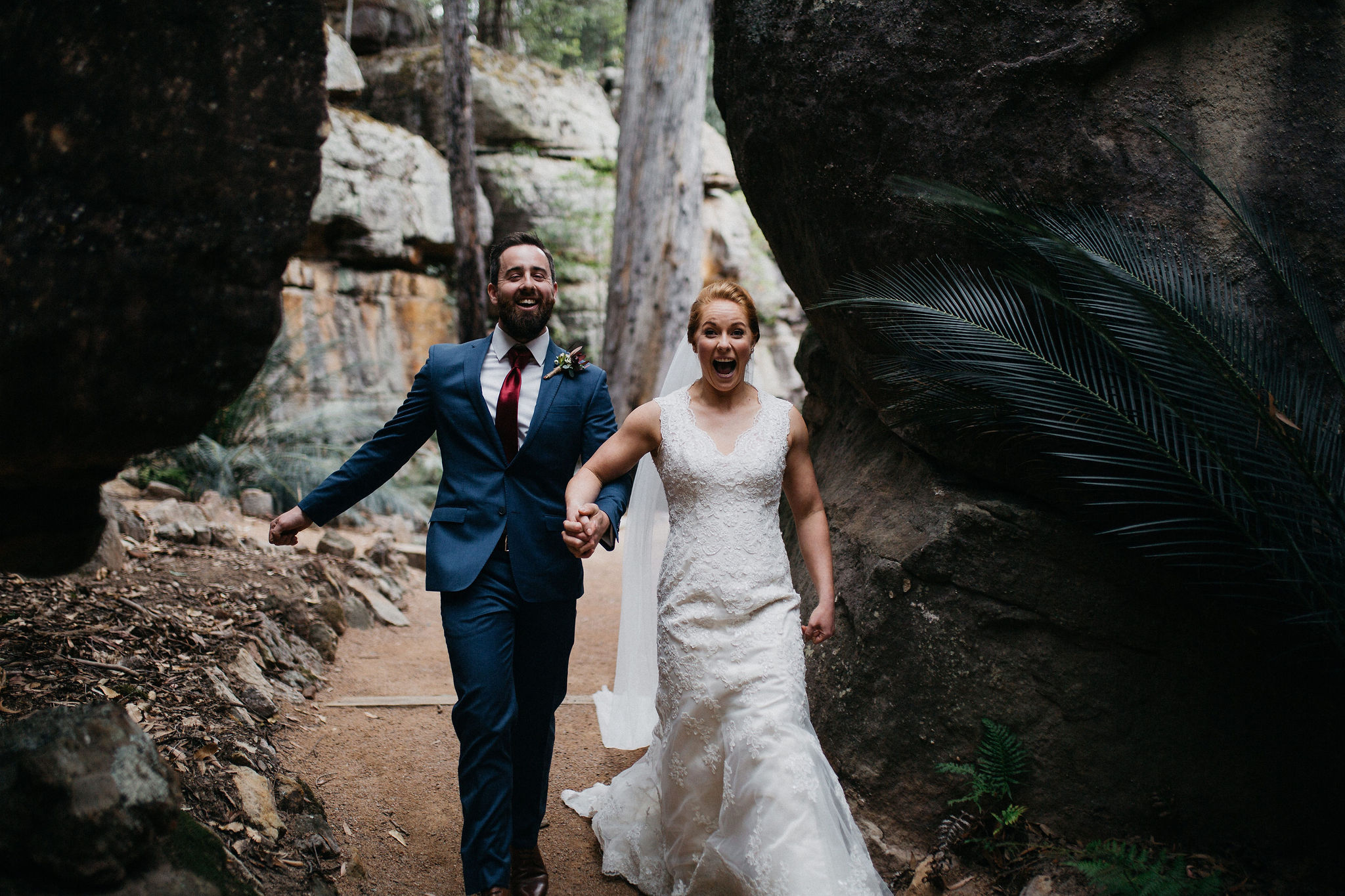 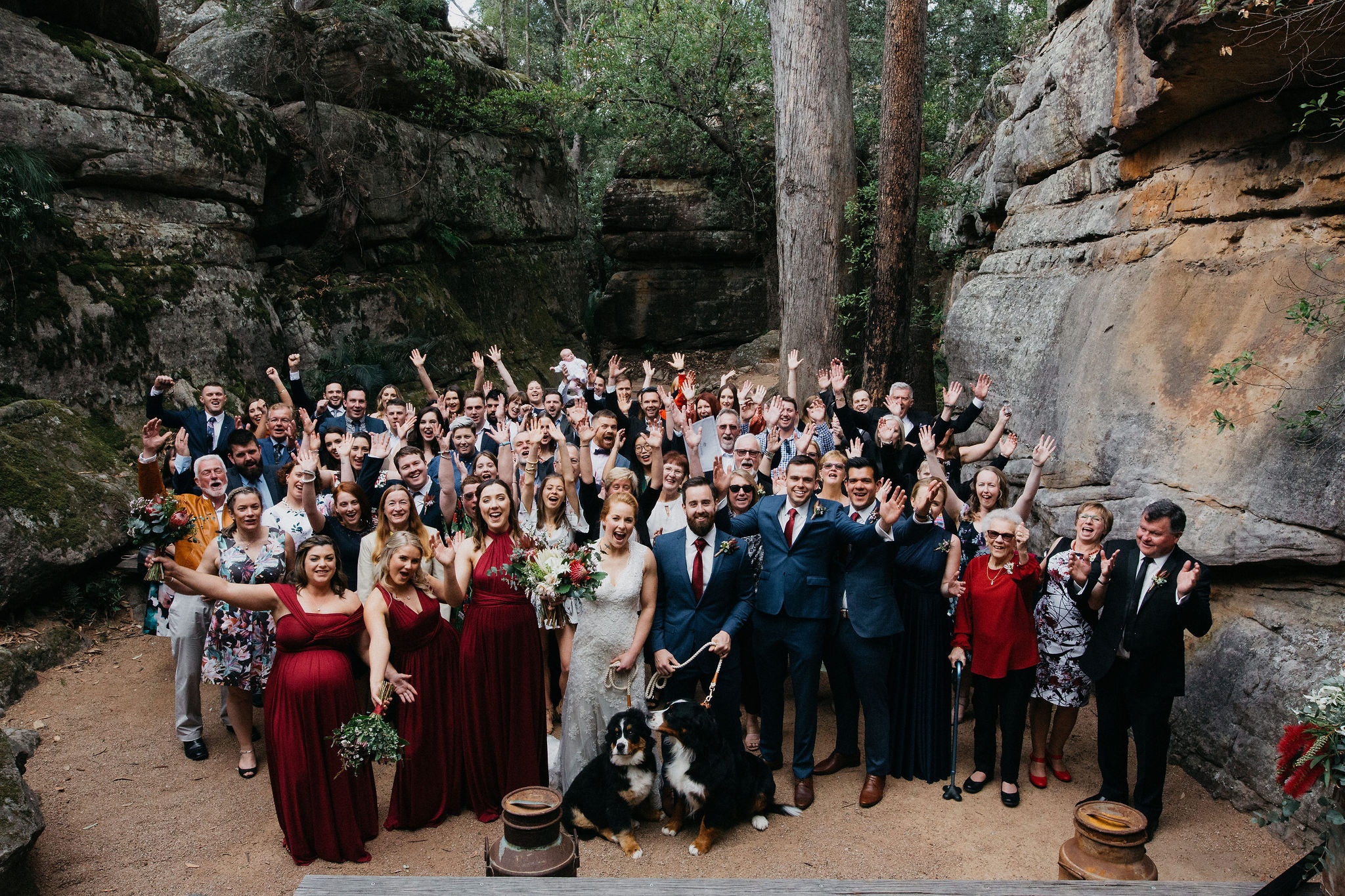 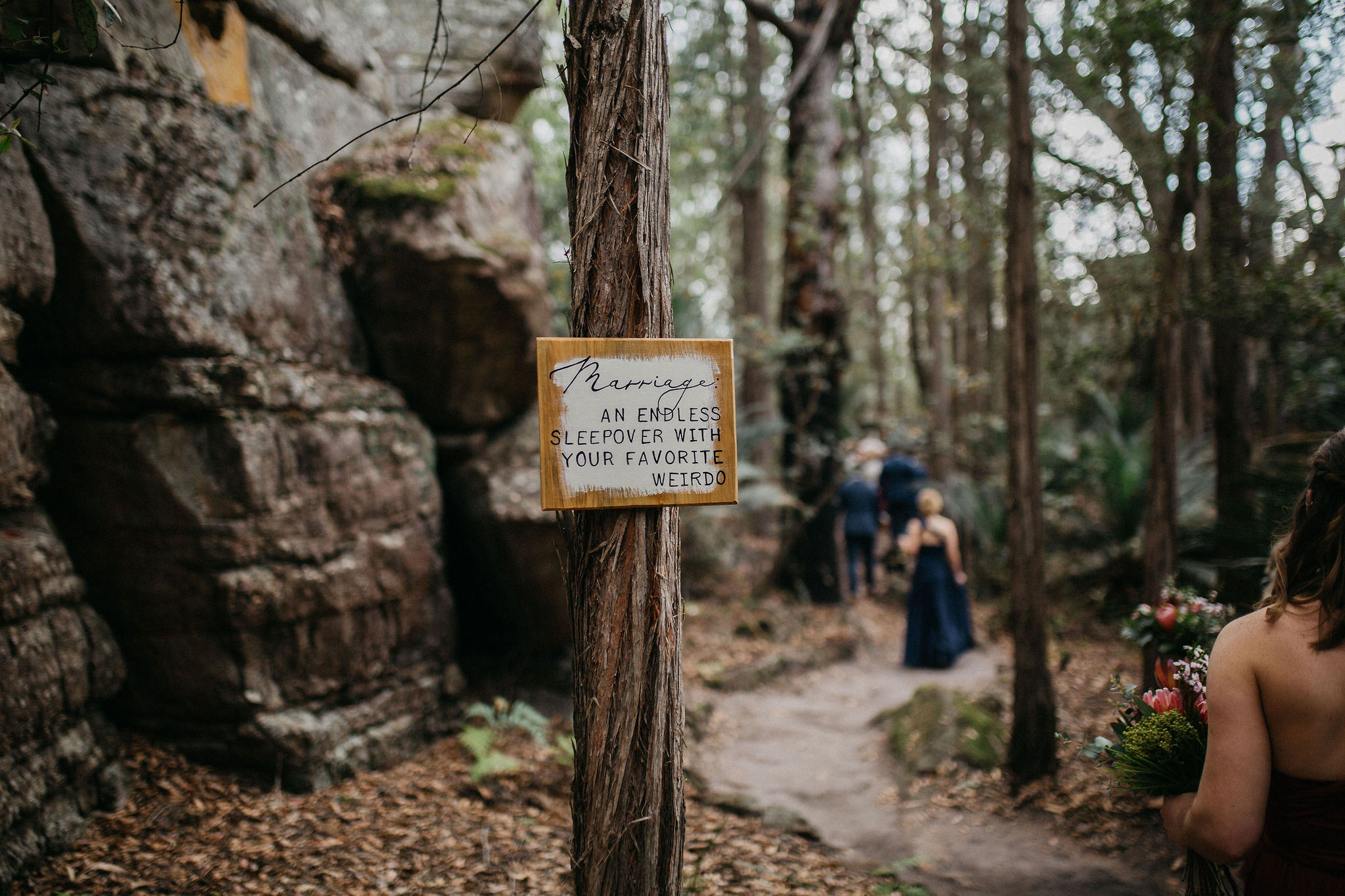 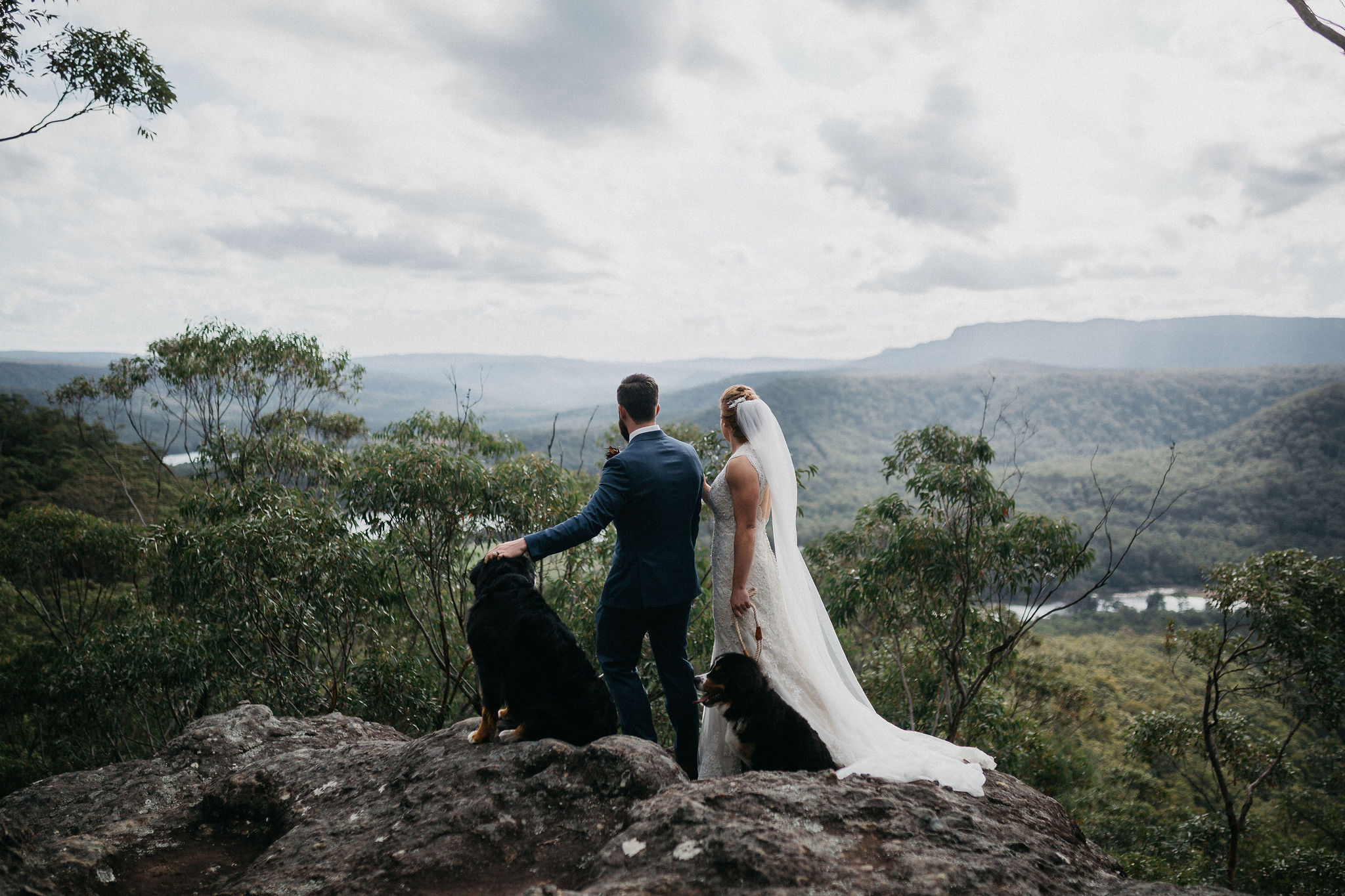 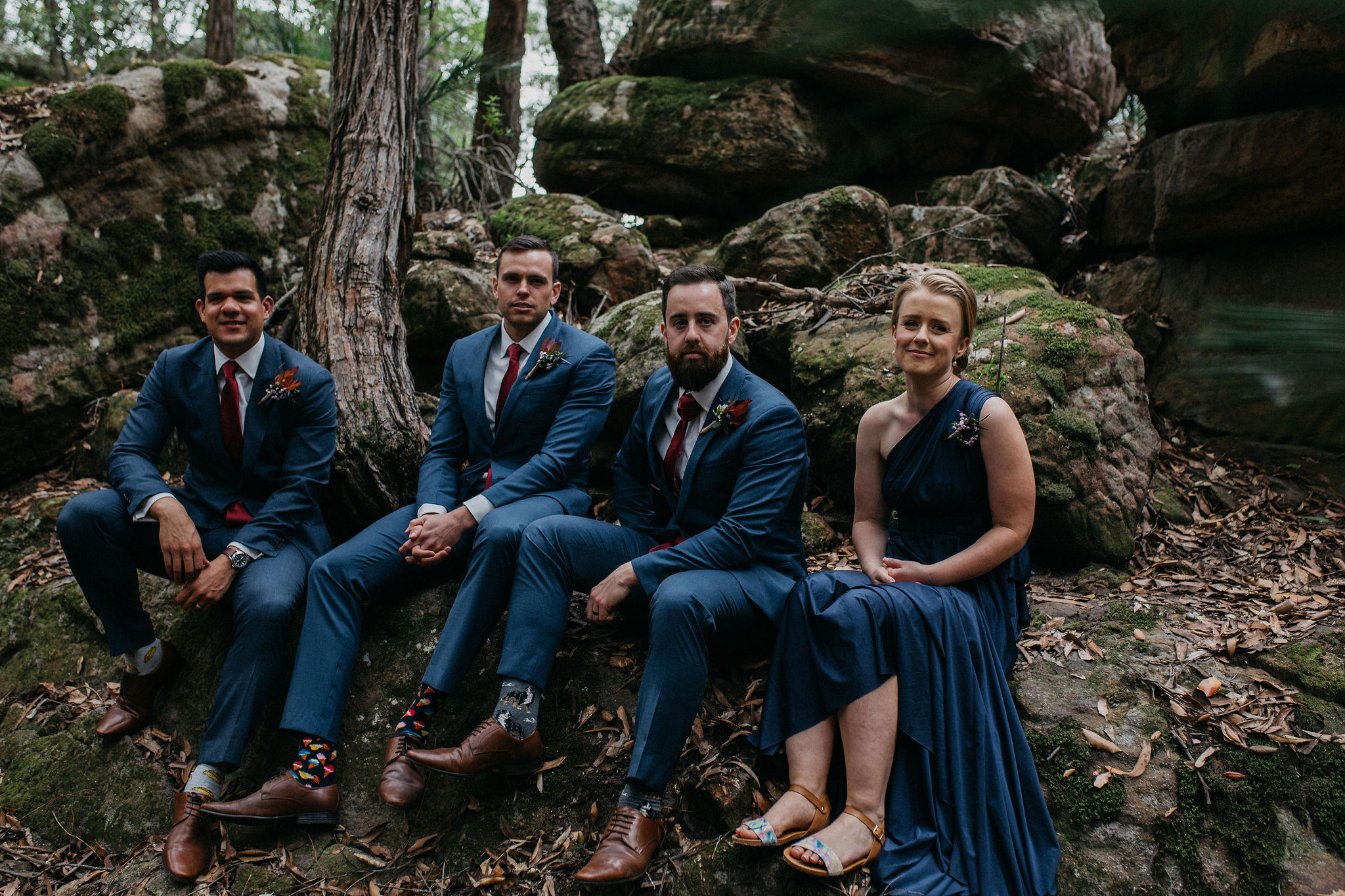 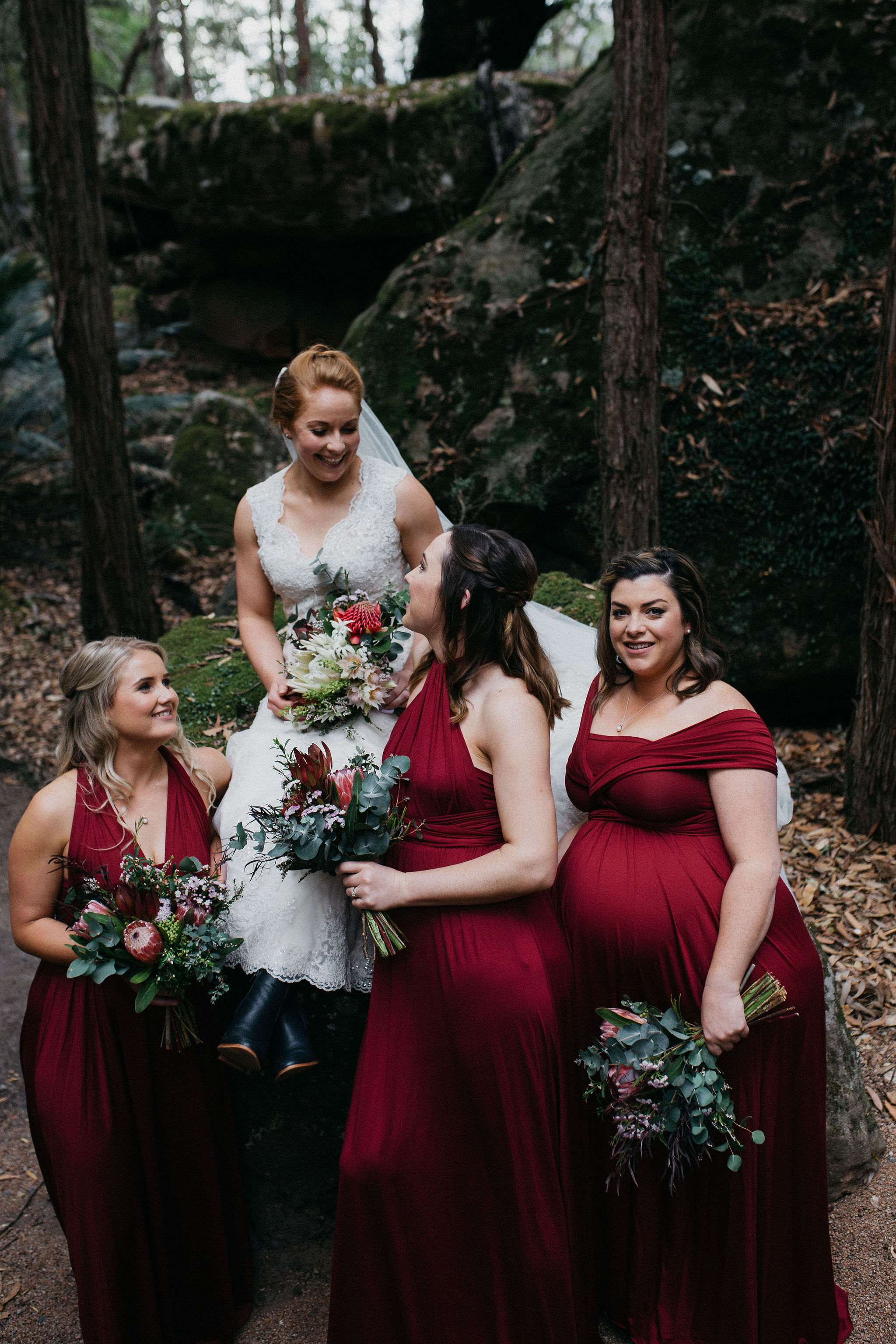 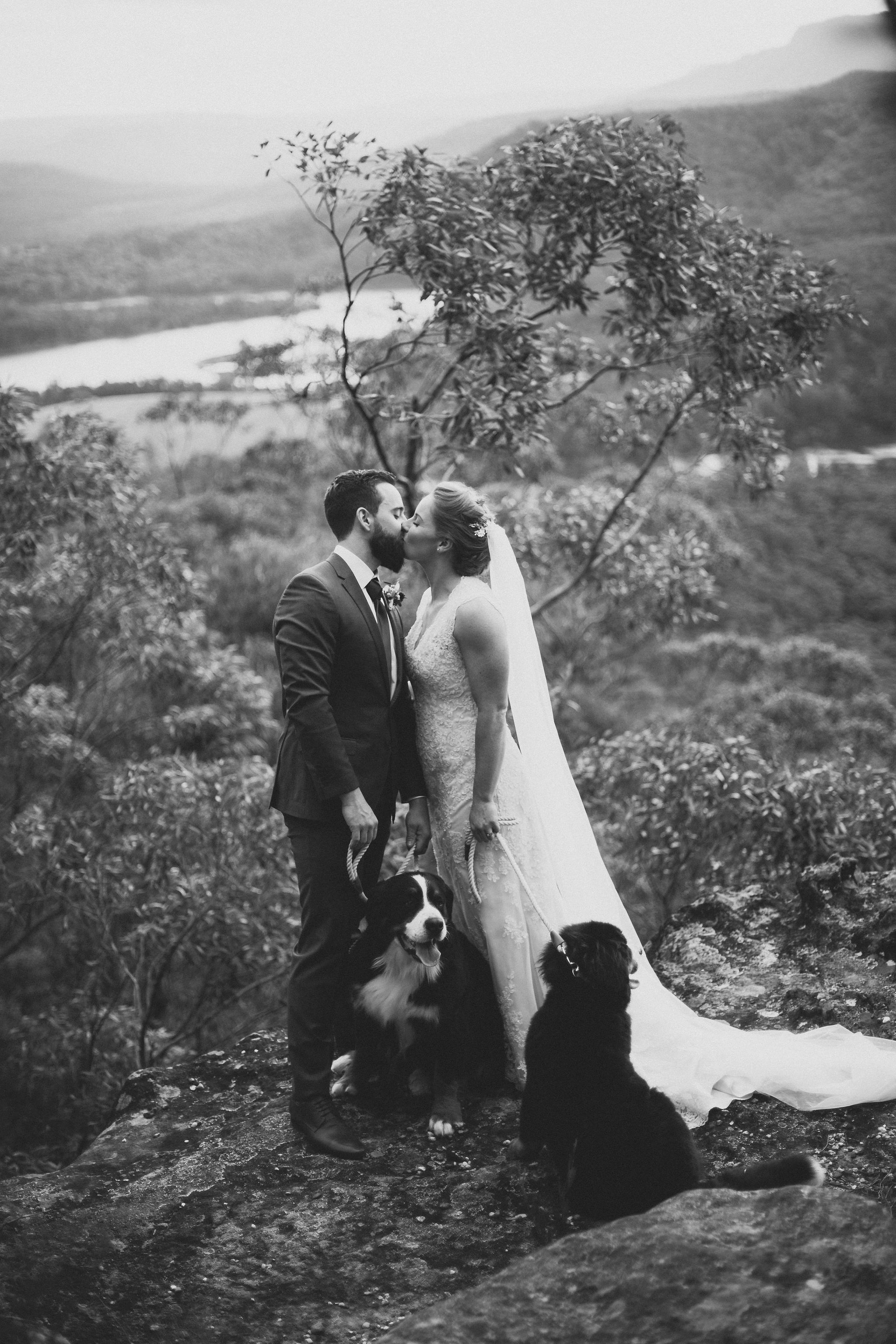 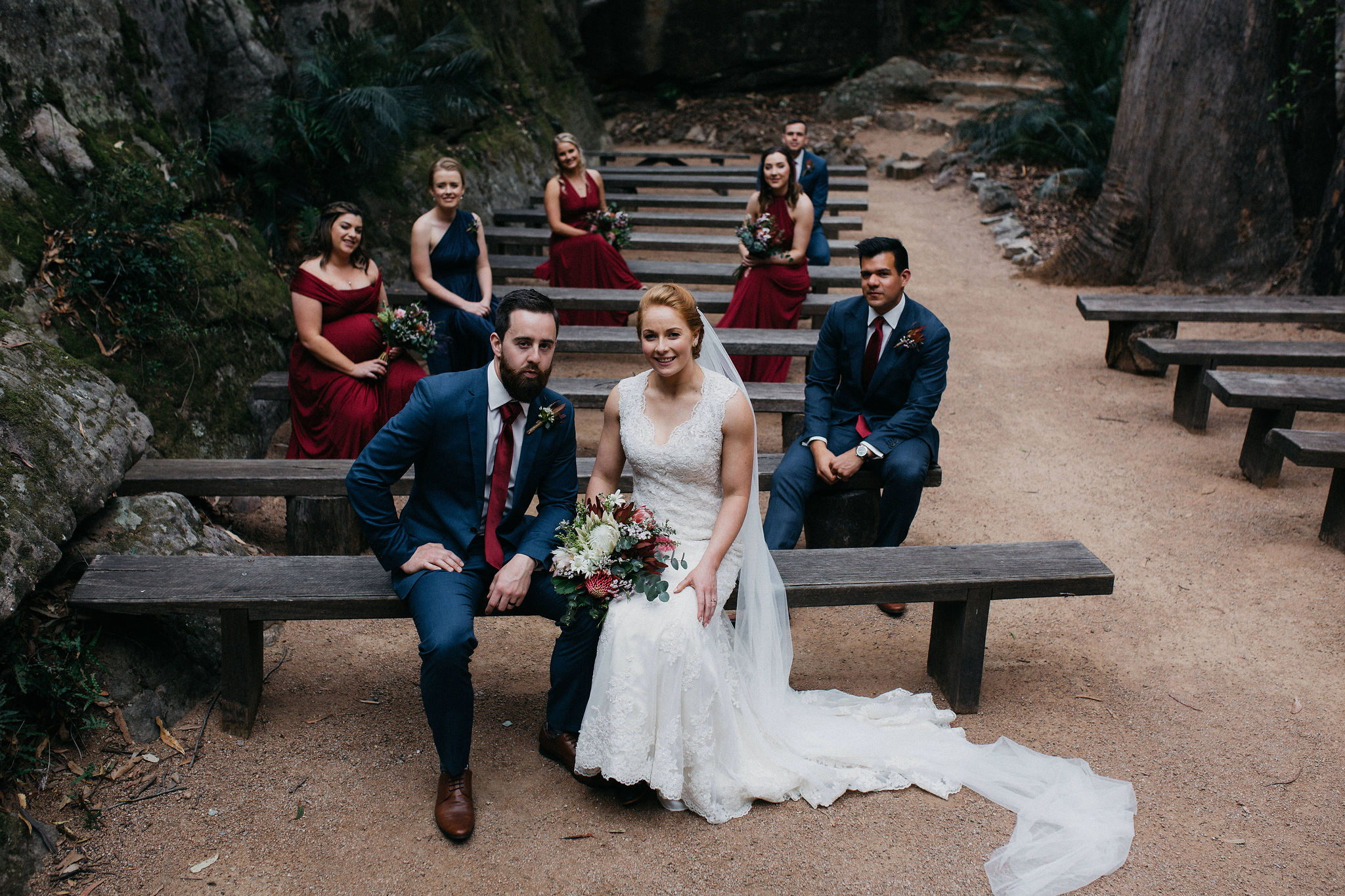 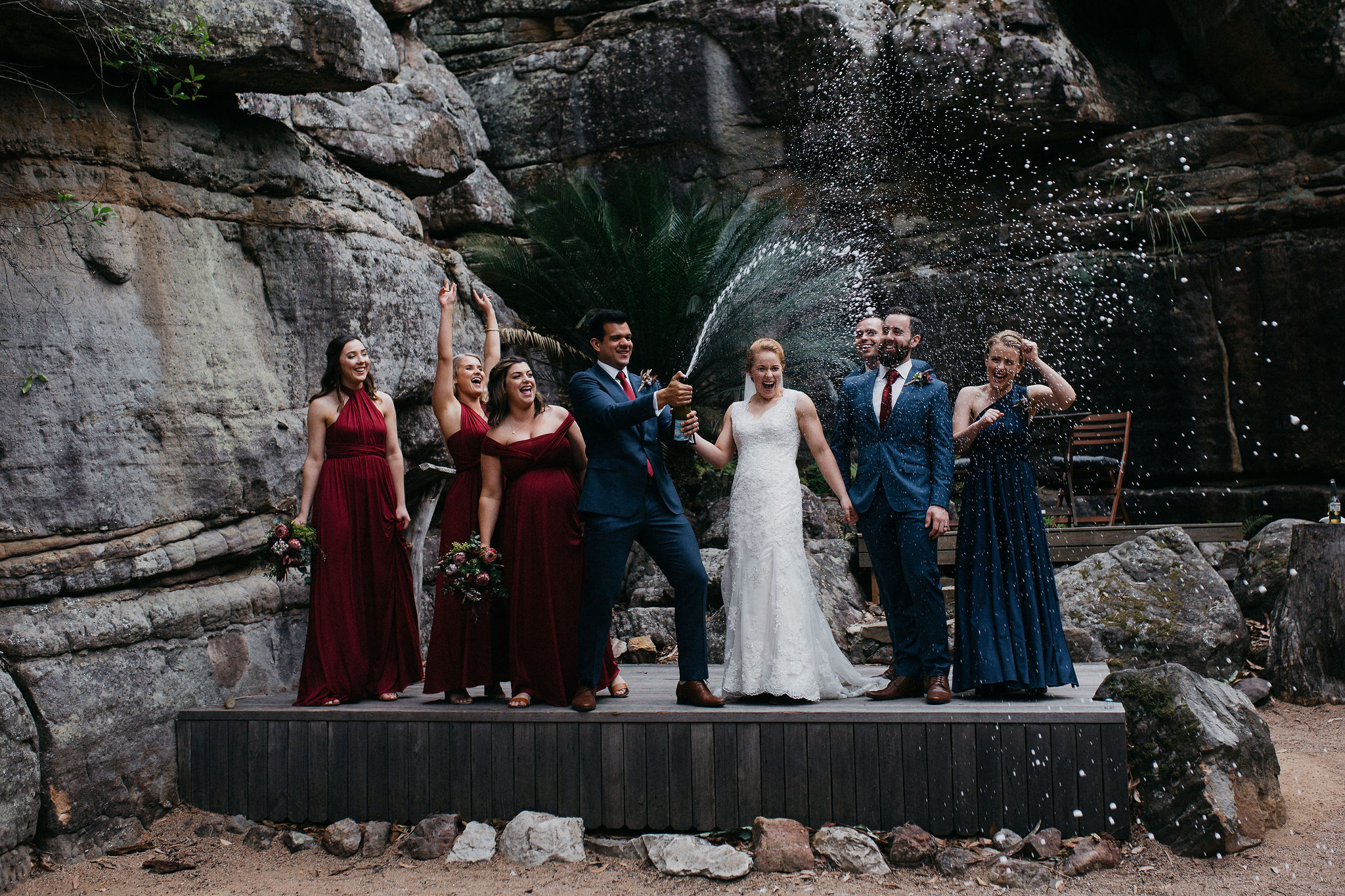 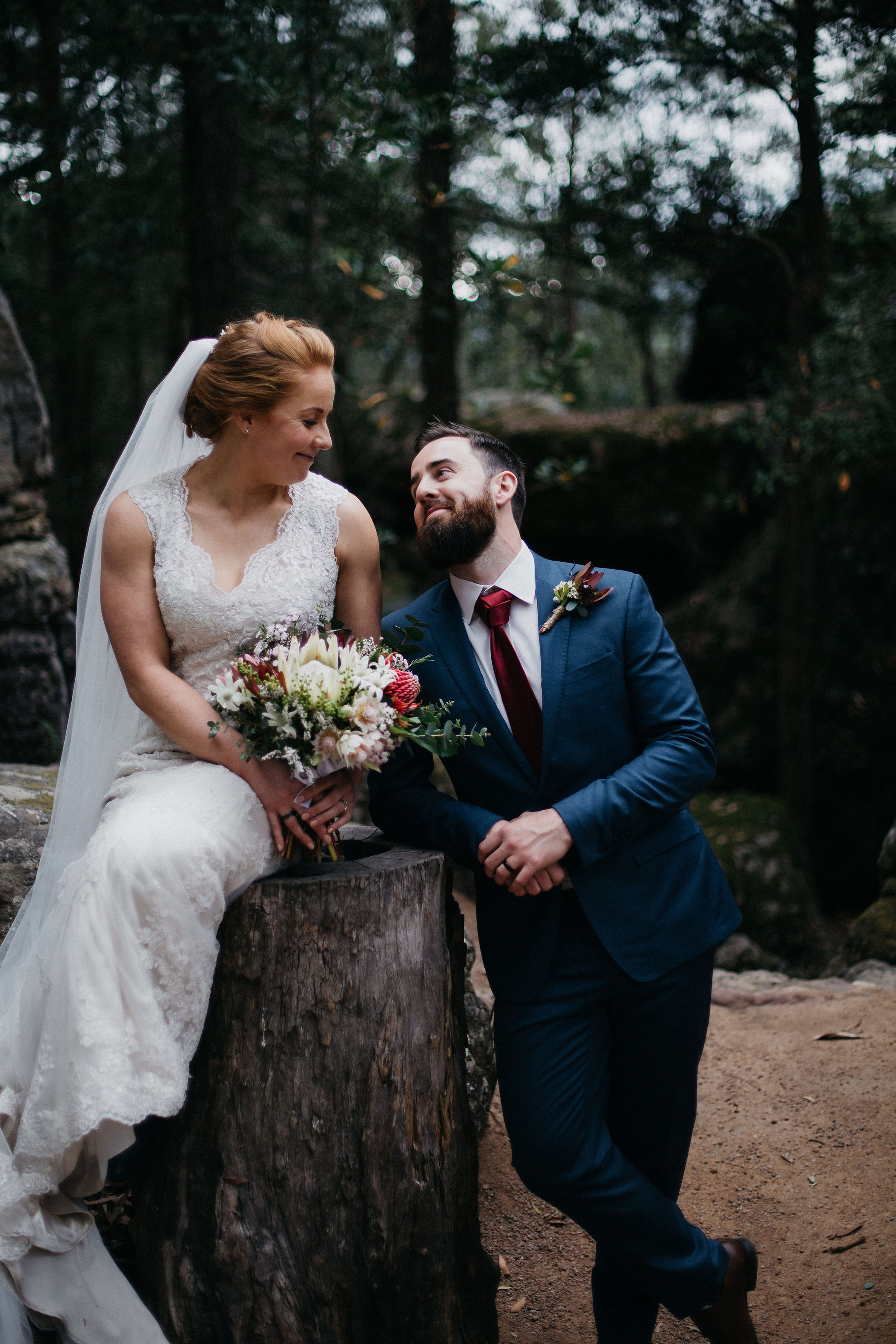 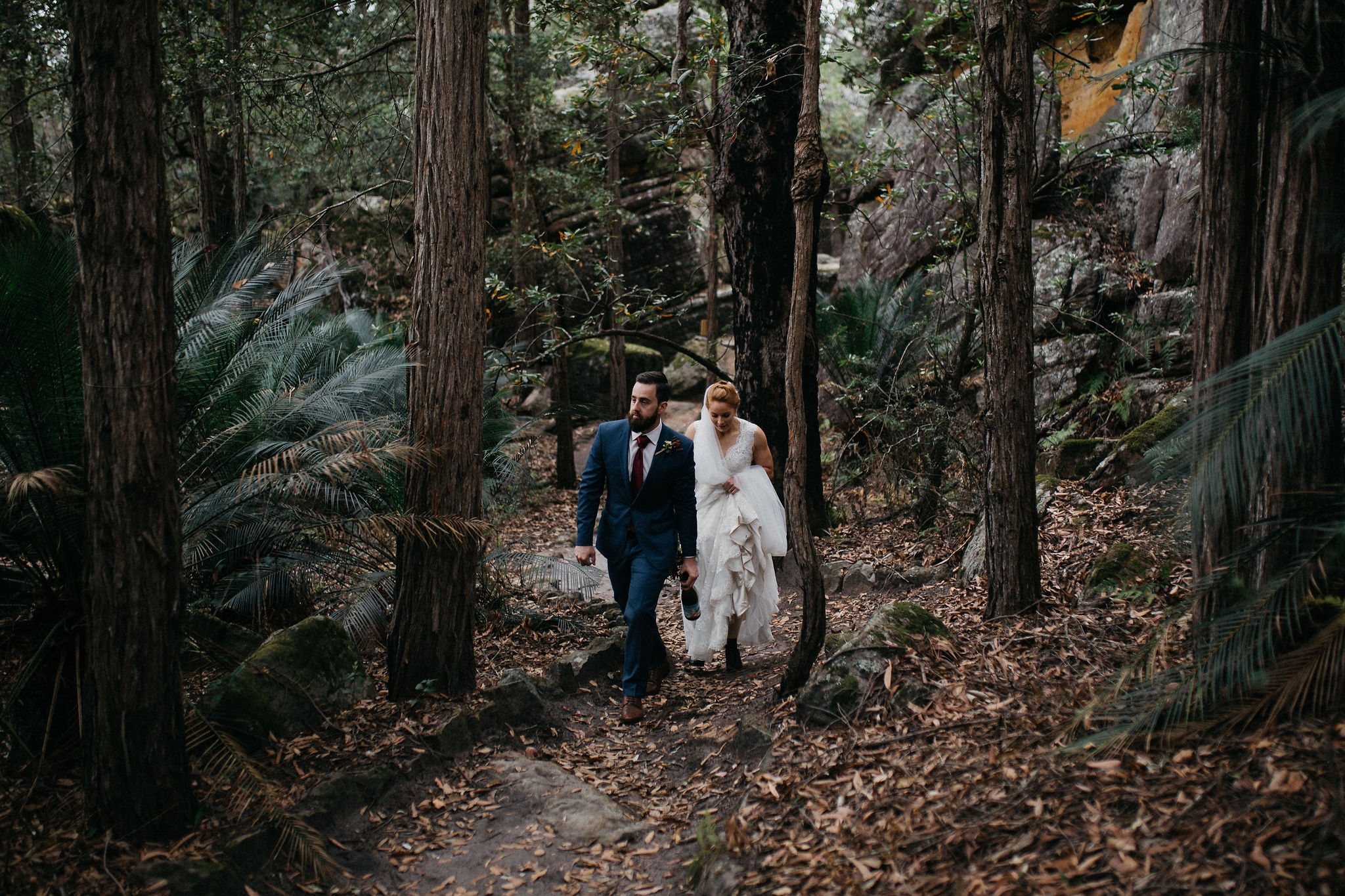 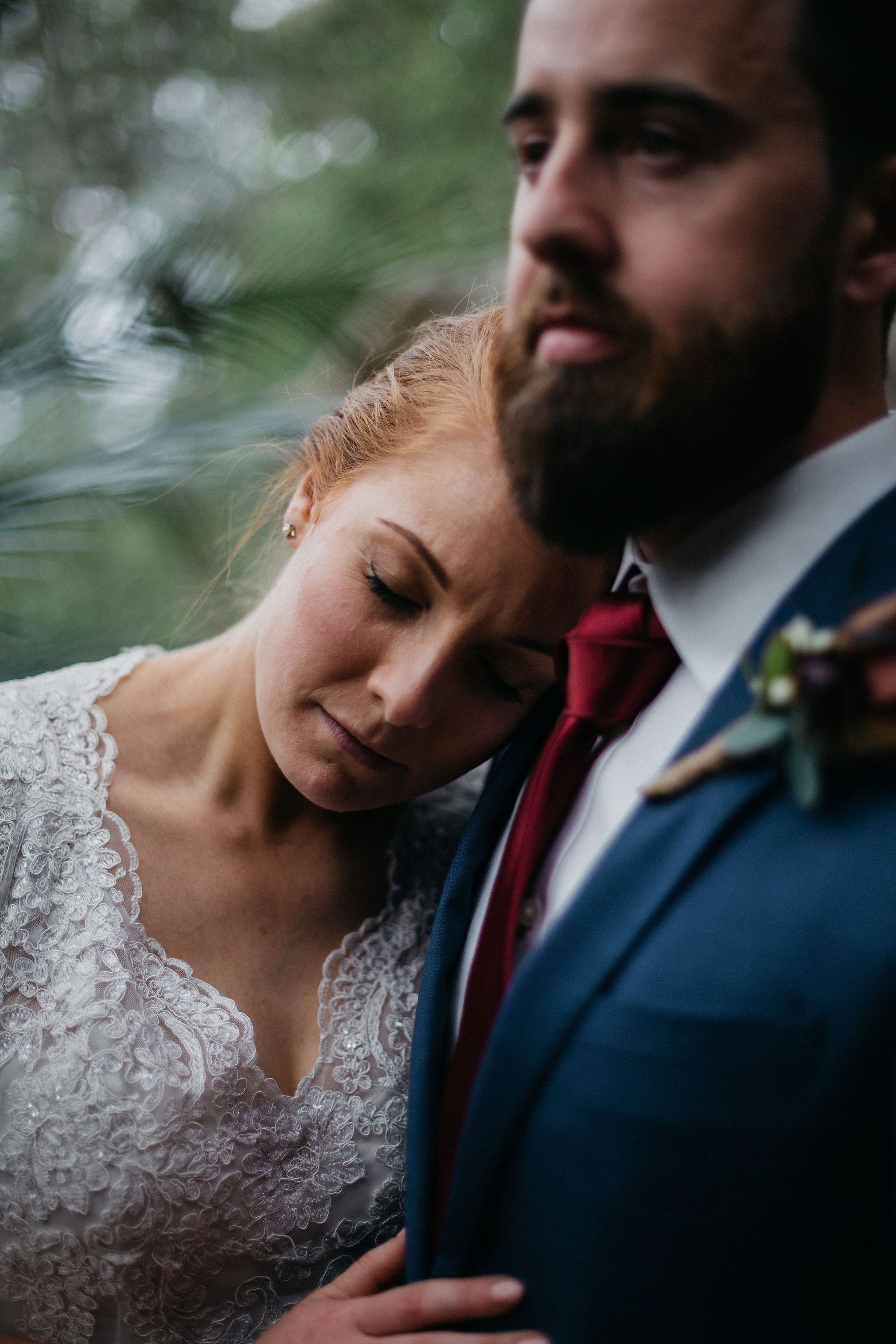 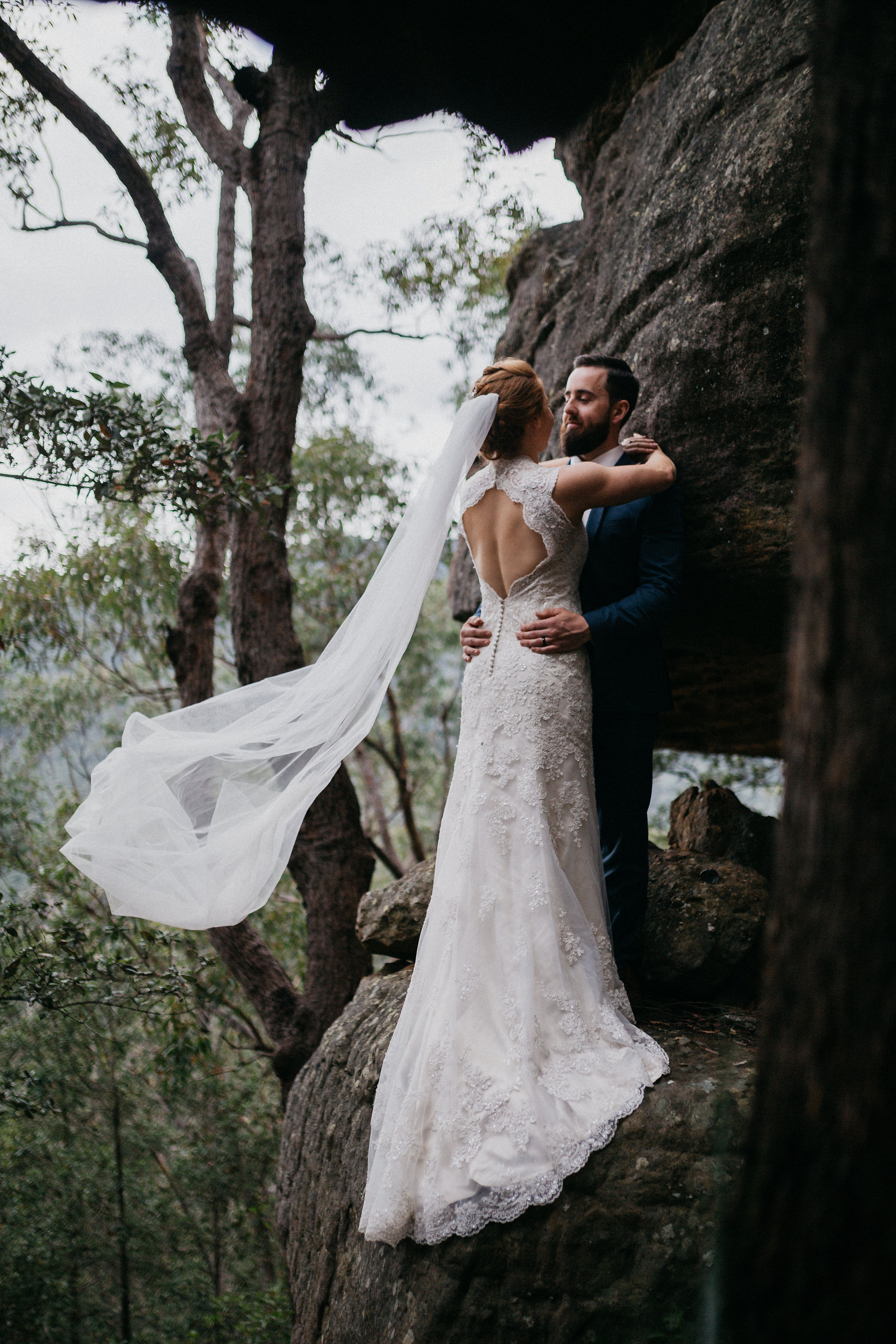 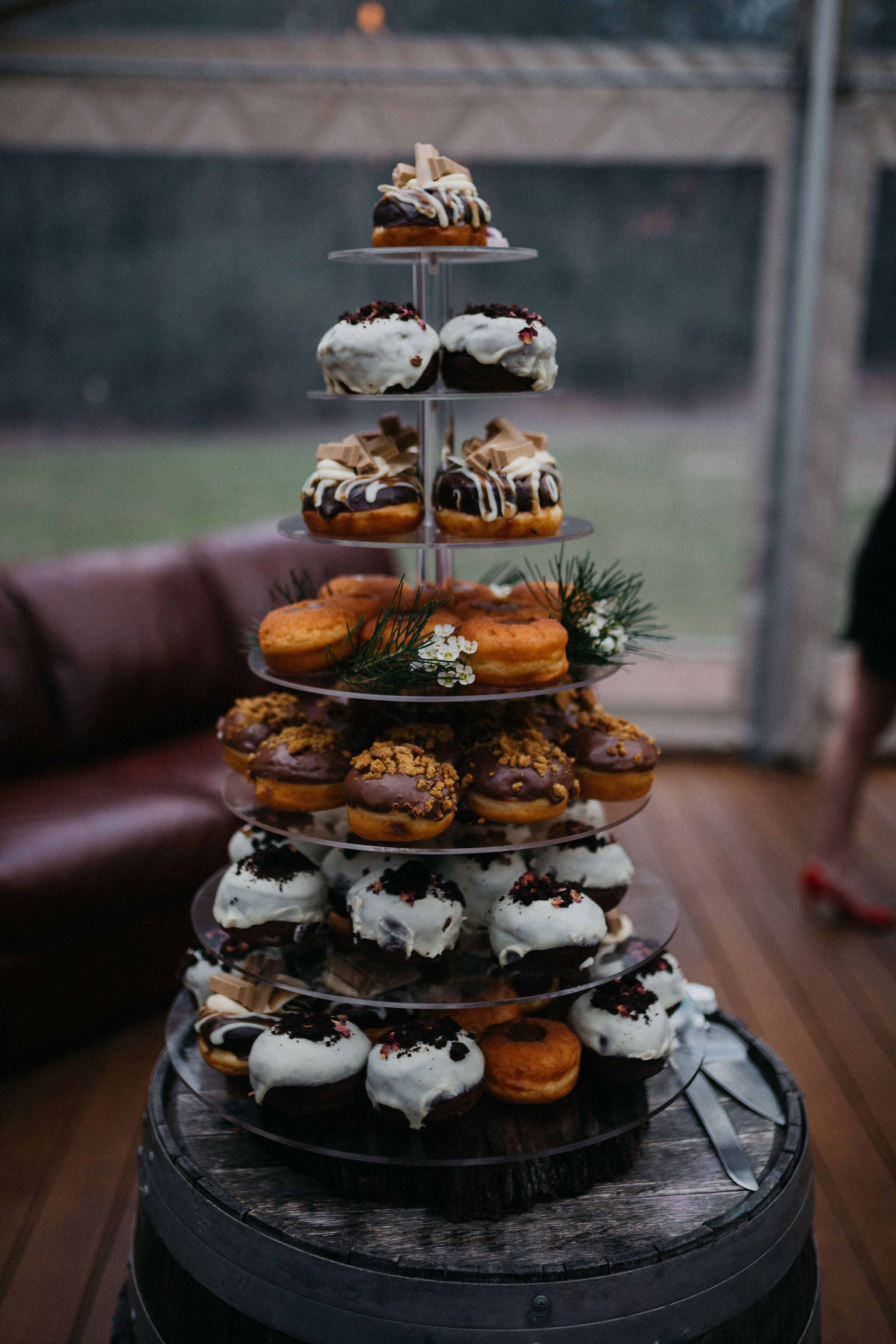 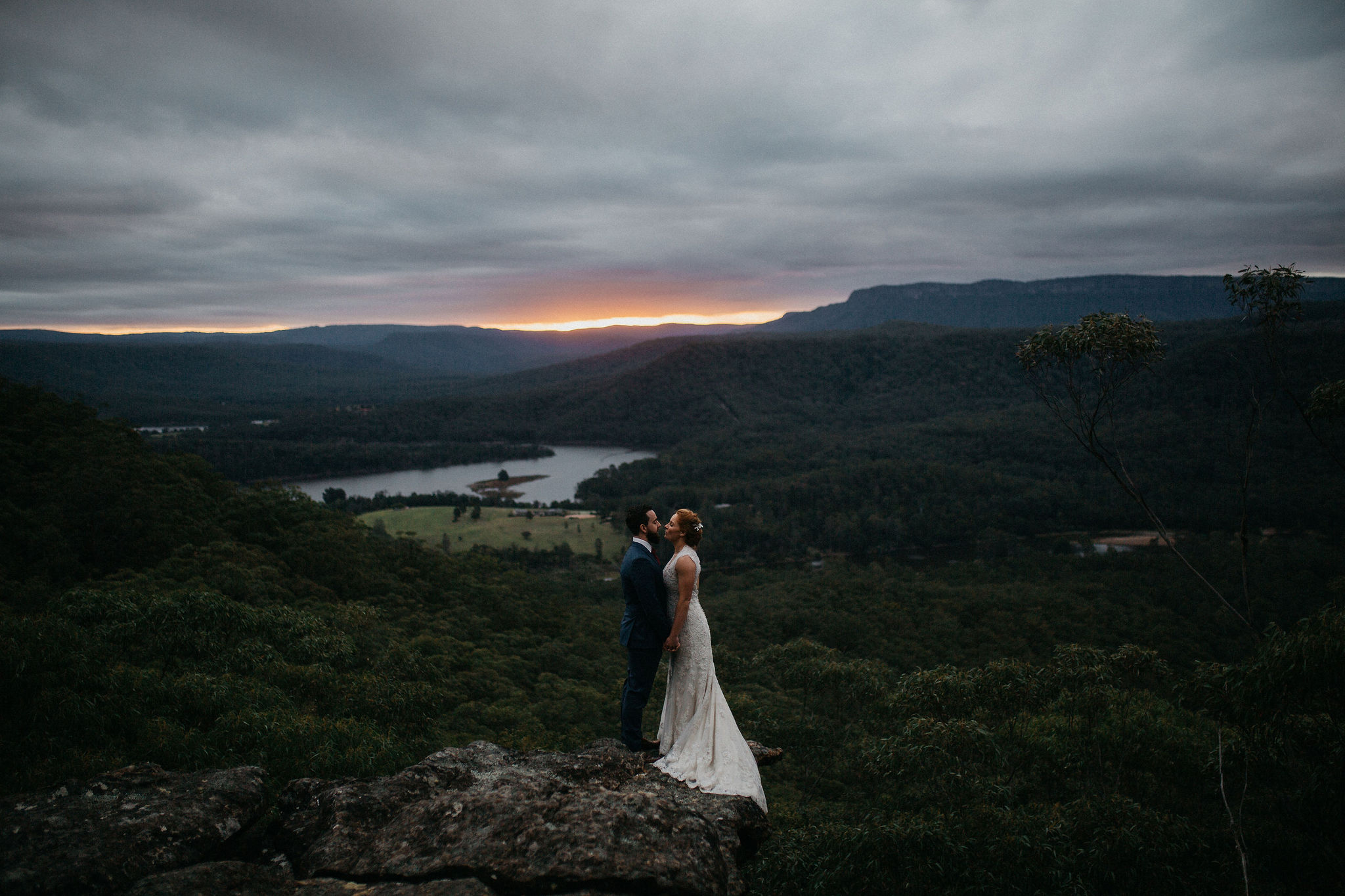 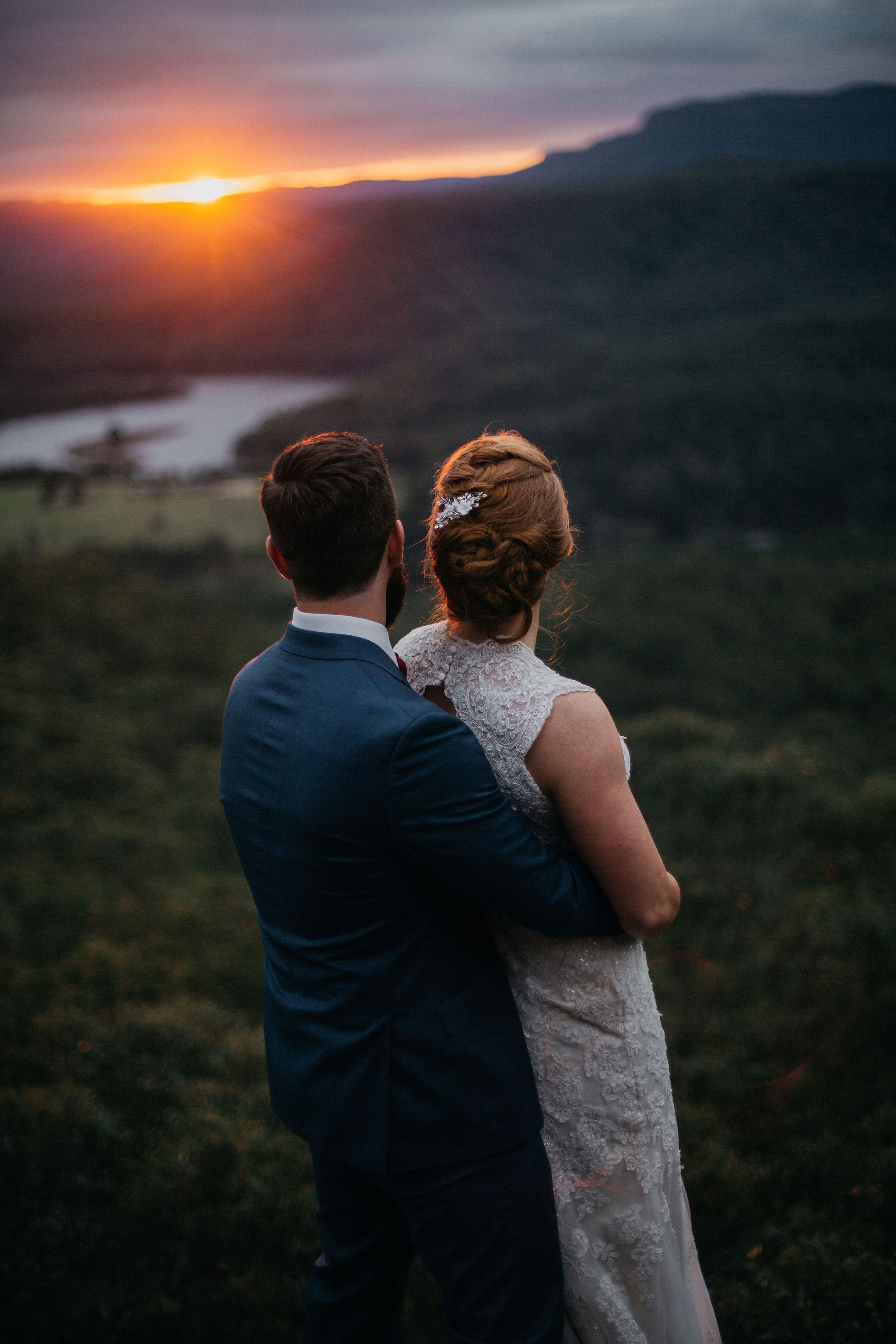 We were both working as lifeguards while we were at uni studying. A group of us all became friends and would hang out after work. One New Years Eve, things changed from being just friends. We took approximately six months for us to officially get together as we didn’t want to ruin our friendship. Our friendship is the best foundation to our relationship.

We were traveling in Norway and went on a 6 hr hike to Kjeragbolten. Ben had a whole speech prepared once we stood on top of the rock suspended 984ms above a deep abyss. He managed to kneel down on one knee and pop the question. We promptly got off the rock to celebrate.

What was the most important to the two of you while planning? Was there anything that you chose to splurge on or skip?

When we started planning we decided on five things that we wanted to spend money on; what we thought we necessary. The venue (including food), photographer, flowers, fairy lights (Lyndall’s pick) and doughnuts (Ben’s choice). Everything else we either had Lyndall’s dad make or we bought second hand or shopped around to get the best price.

Our favourite part was having our dogs a part of our wedding.

Thea was carrying our rings. When it was time to exchange rings she jumped up on the stage to give them to us. Titan was still a puppy and he tried so hard to get up on stage to celebrate with us but he was still too small.

What’s your biggest piece of advice for other couples planning a mountain wedding?

Use elements of the environment and keep things basic as the natural environment is beautiful on its own.