Today’s couple are California natives, but they both met in Colorado. To be exact, John’s cousin’s living room. Did that reel you in all the way yet? Cassandra moved to The Centennial State for veterinary technician school and met John’s cousin Brandie who, according to Cassandra, was like her “mom away from home”. Cassandra saw a photo of her future husband hanging on the wall and serendipitously, John was actually moving in with his cousin after his post-military life. After a lunch date a week later, the pair hit it off with sparks flying and you can guess what transpired from there. Five years later, the two were planning an intimate wedding at Rocky Mountain National Park. They wanted their day to exude adventure and centered their palette around the gorgeous autumn shades that transform the area. With how beautiful Classic Photographer’s photos are, you’d never guess a snowstorm blanketed the area that very night! 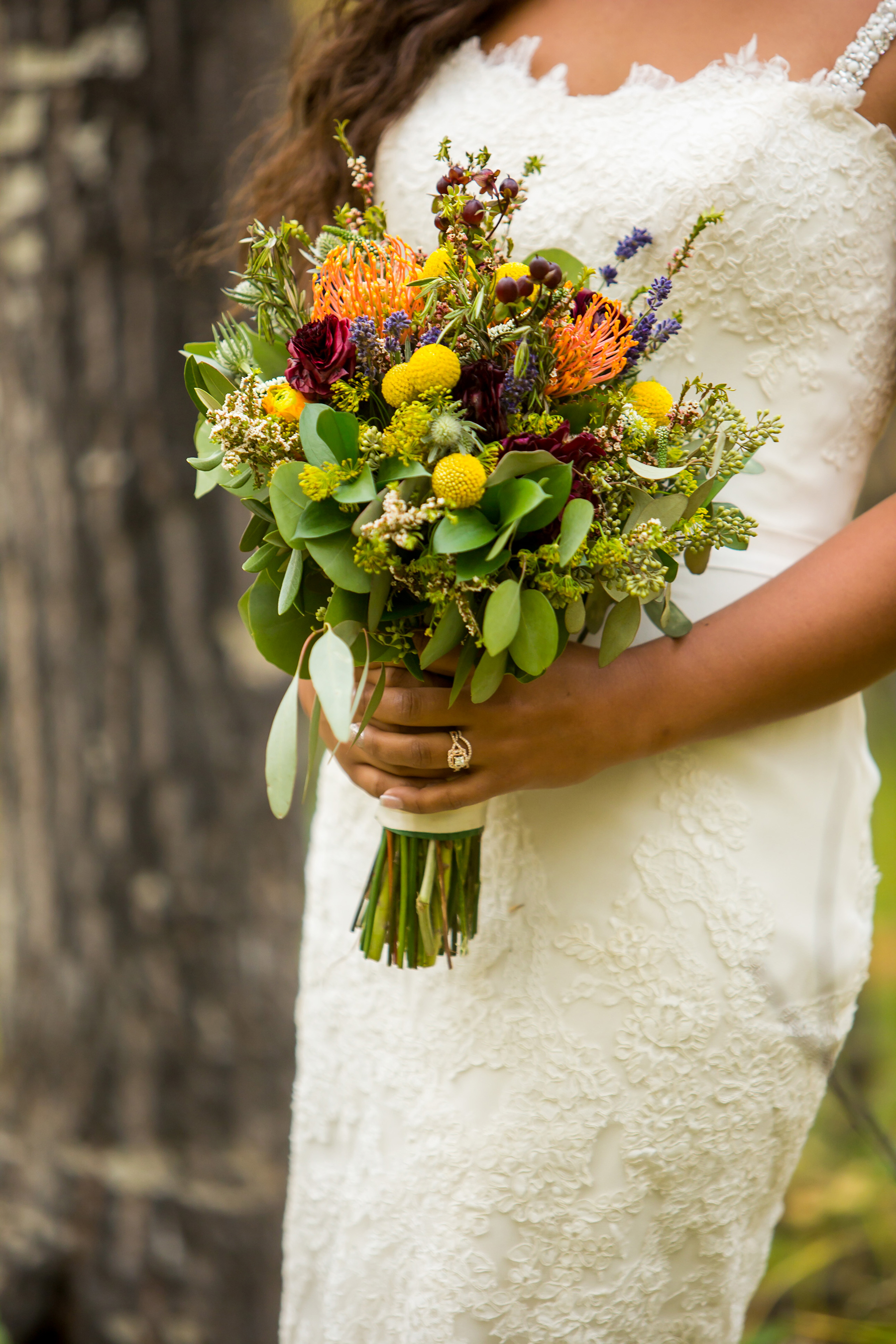 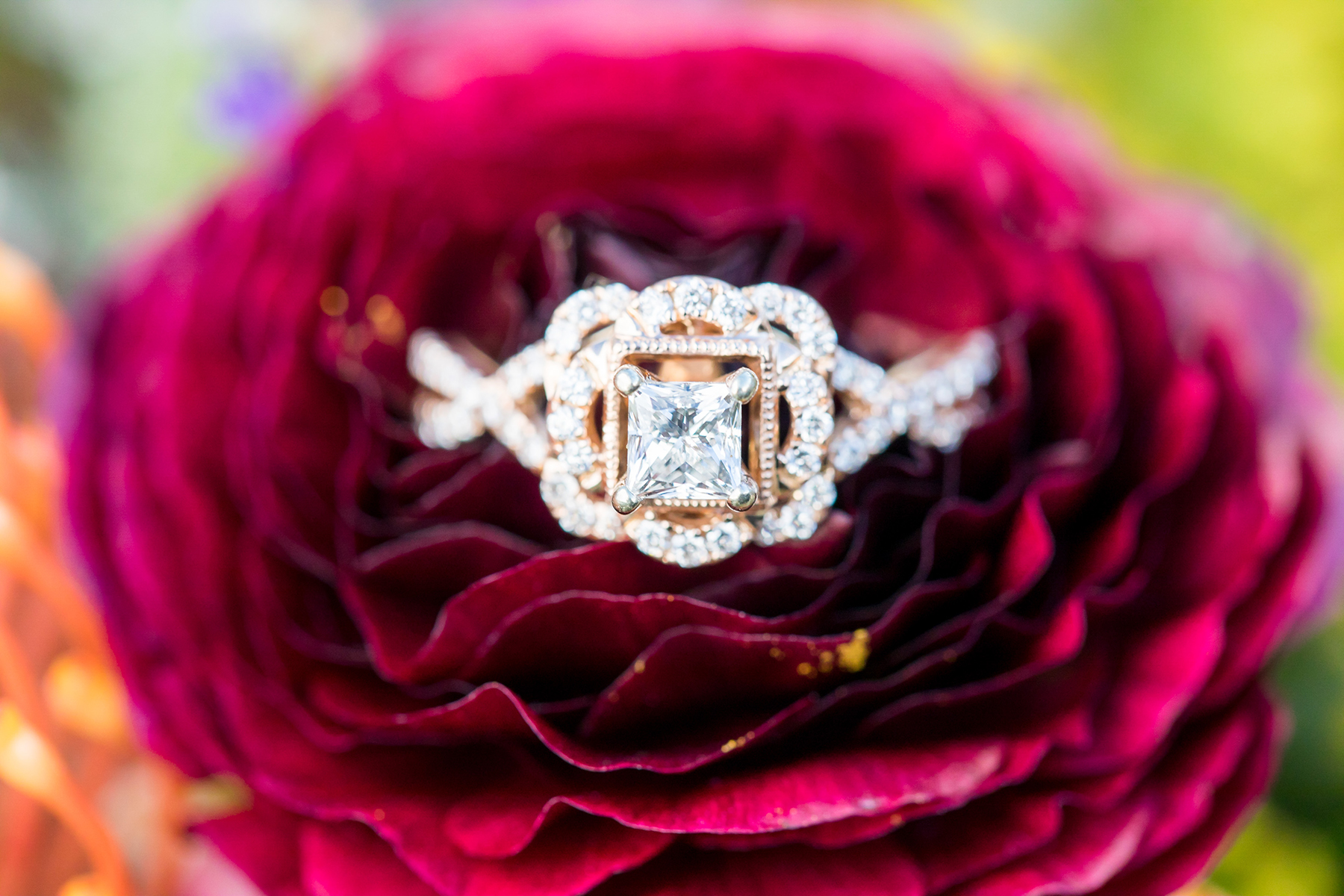 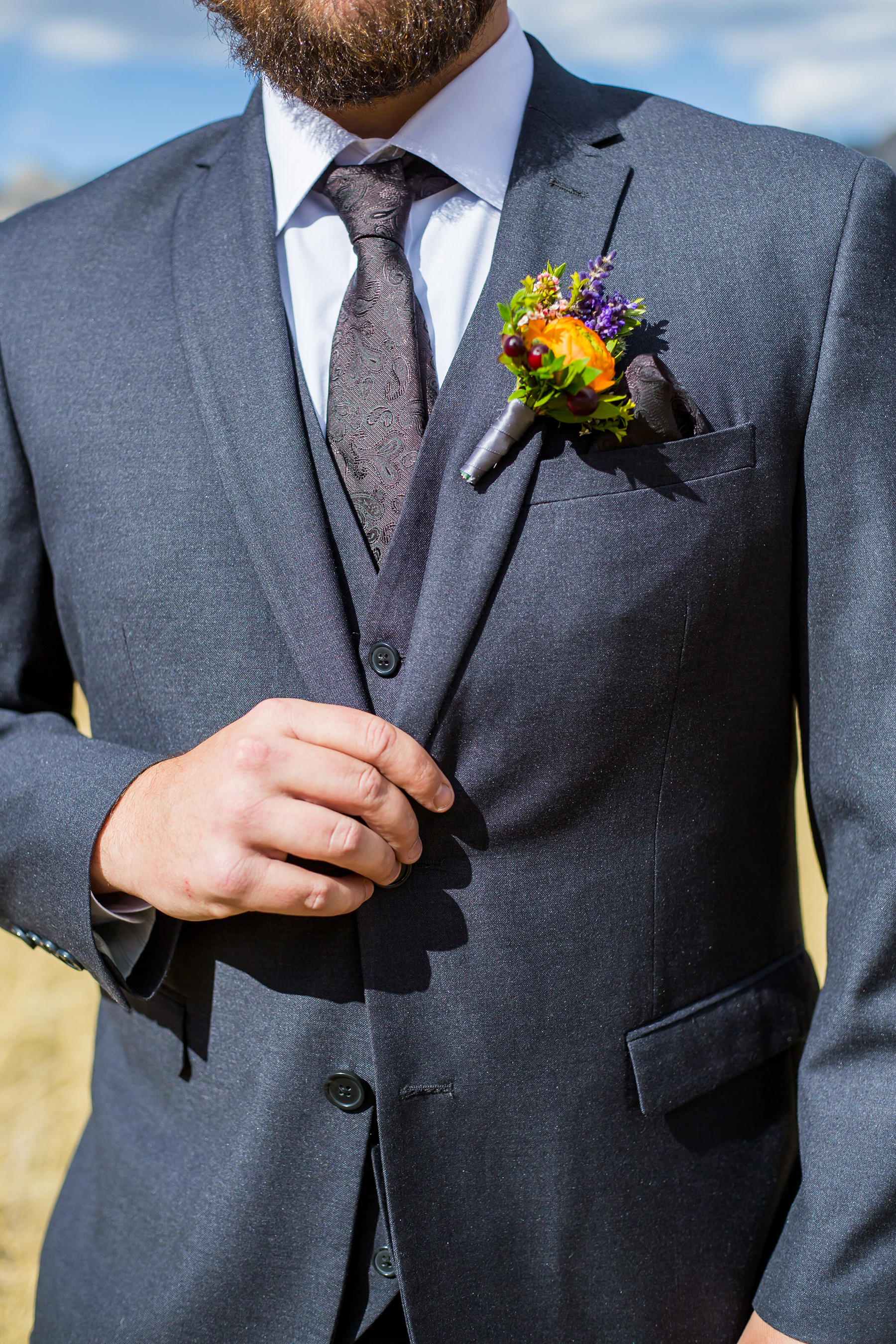 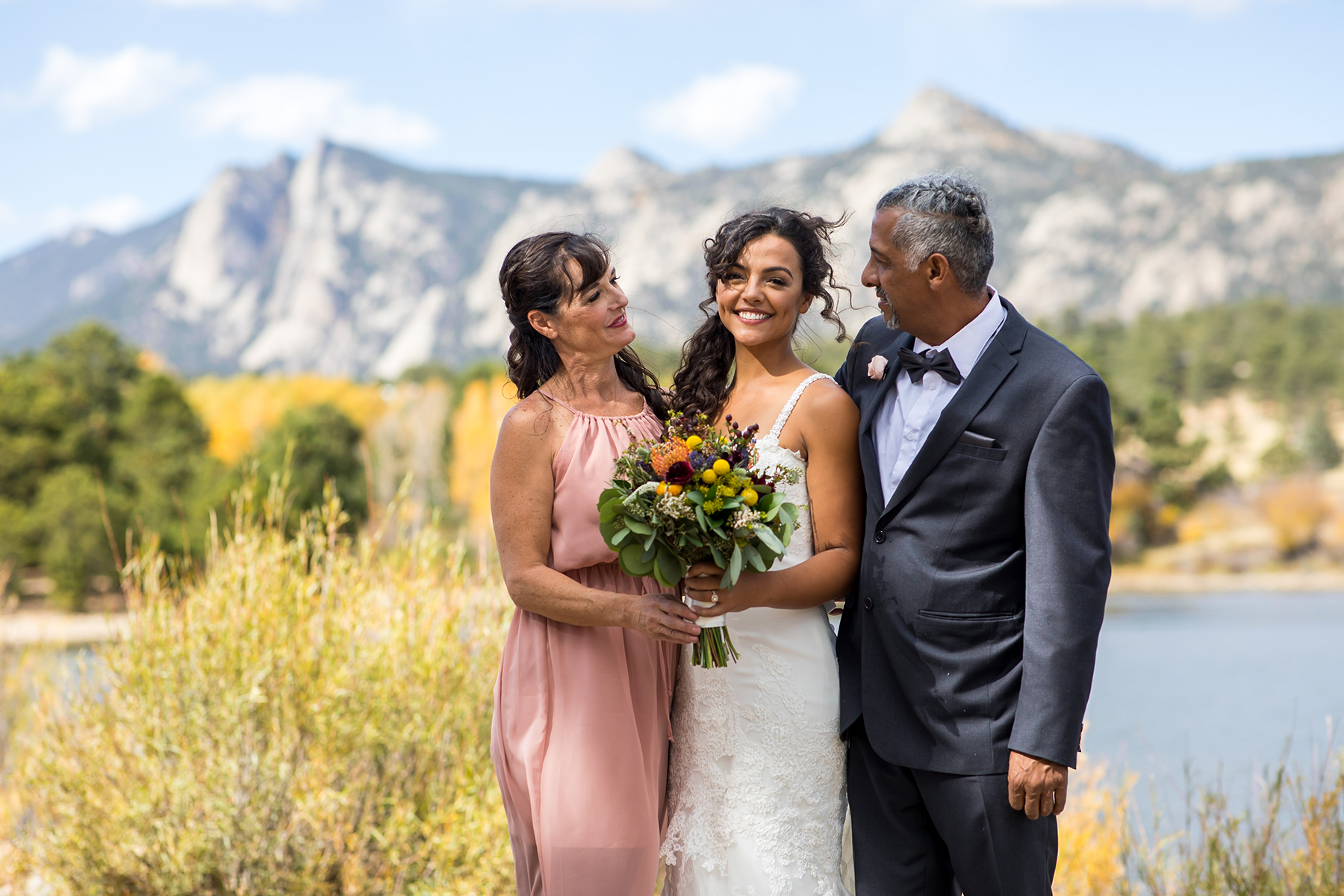 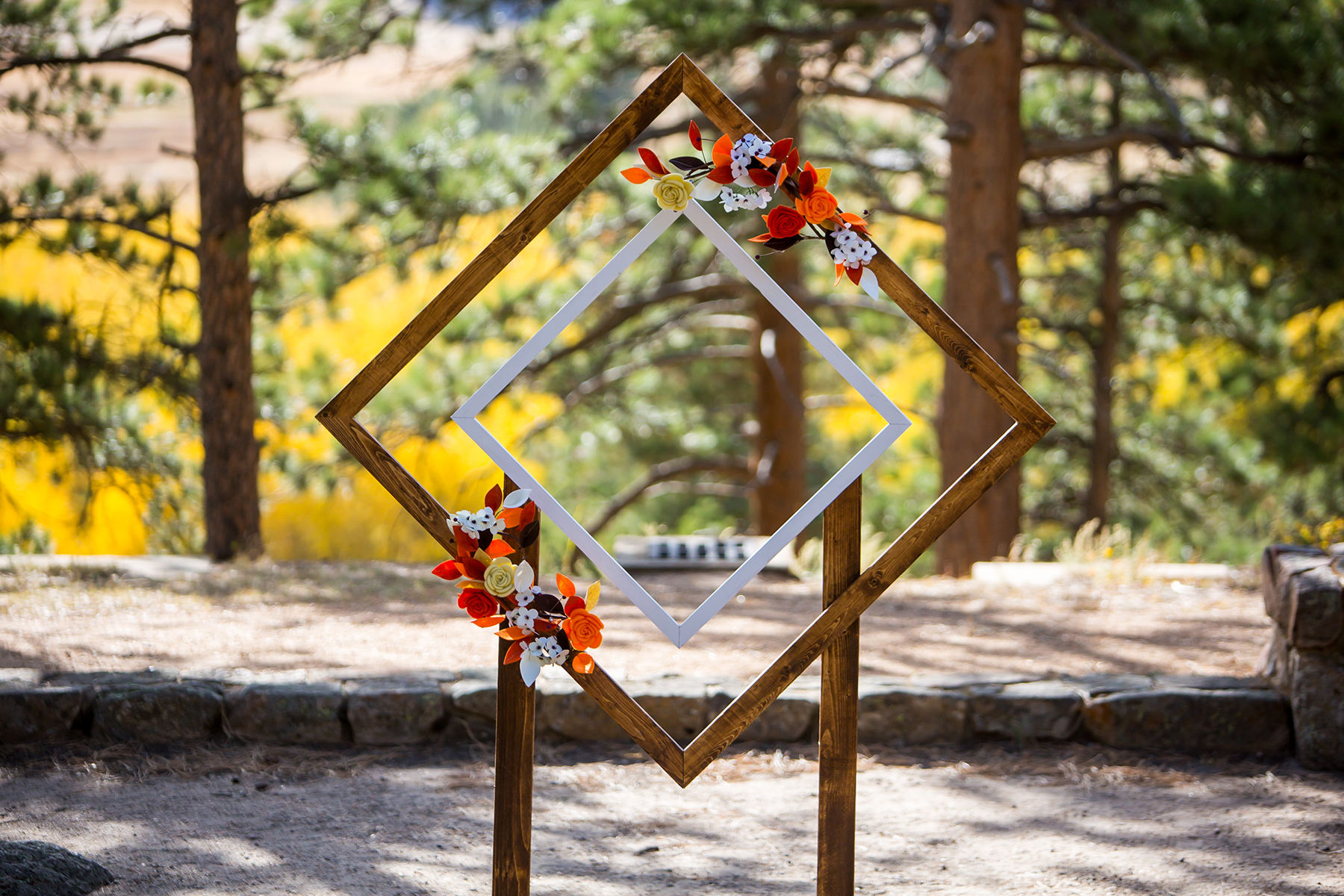 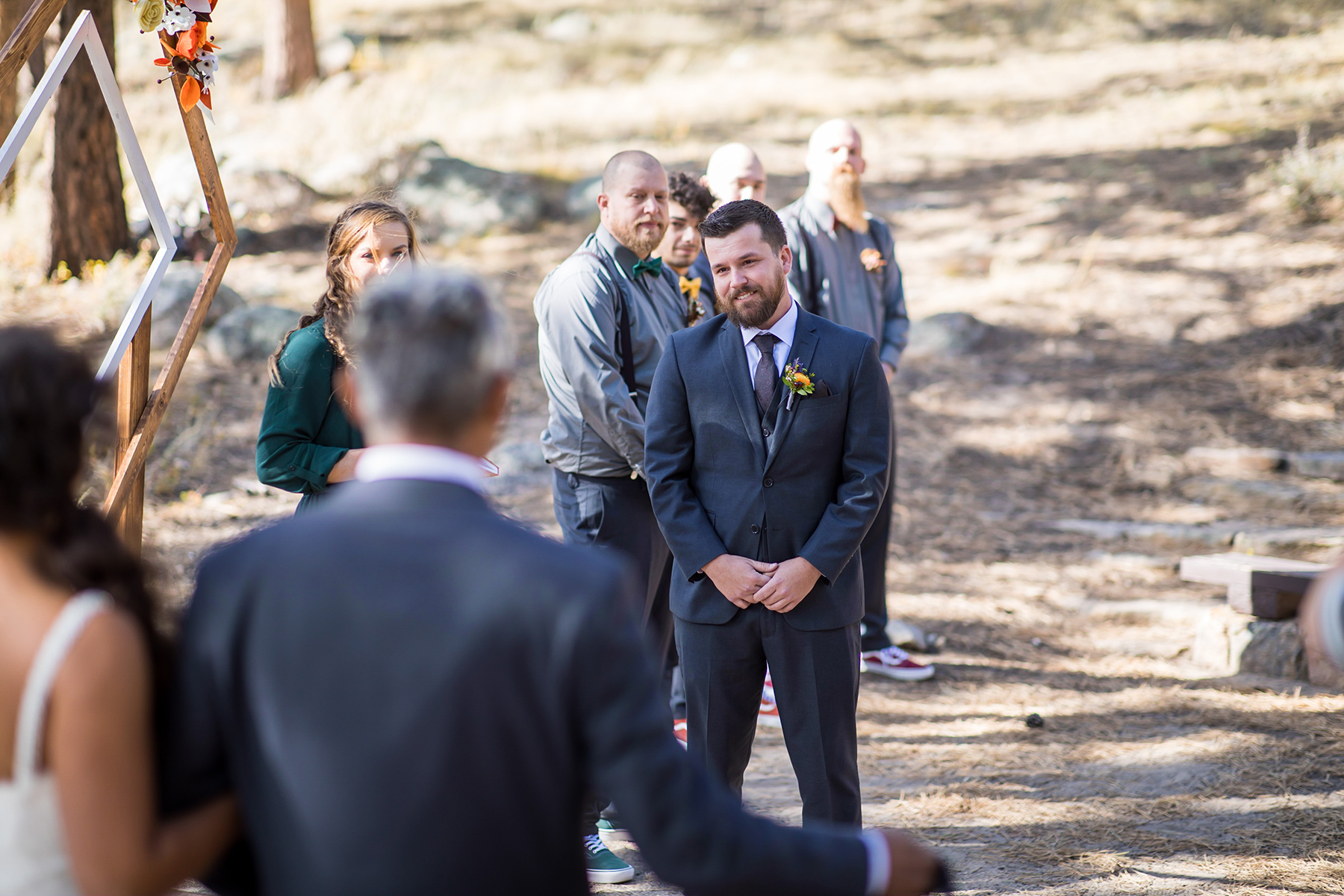 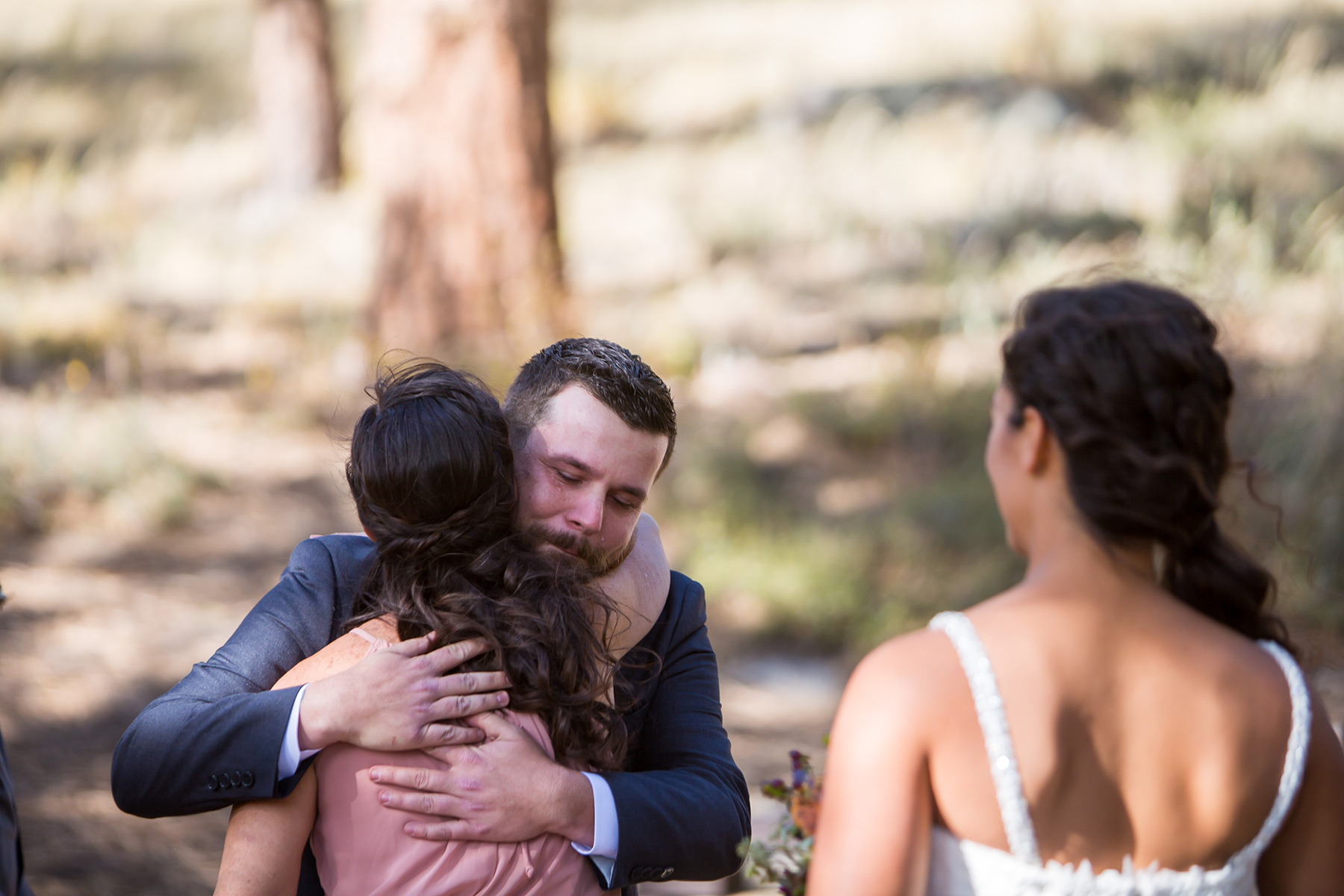 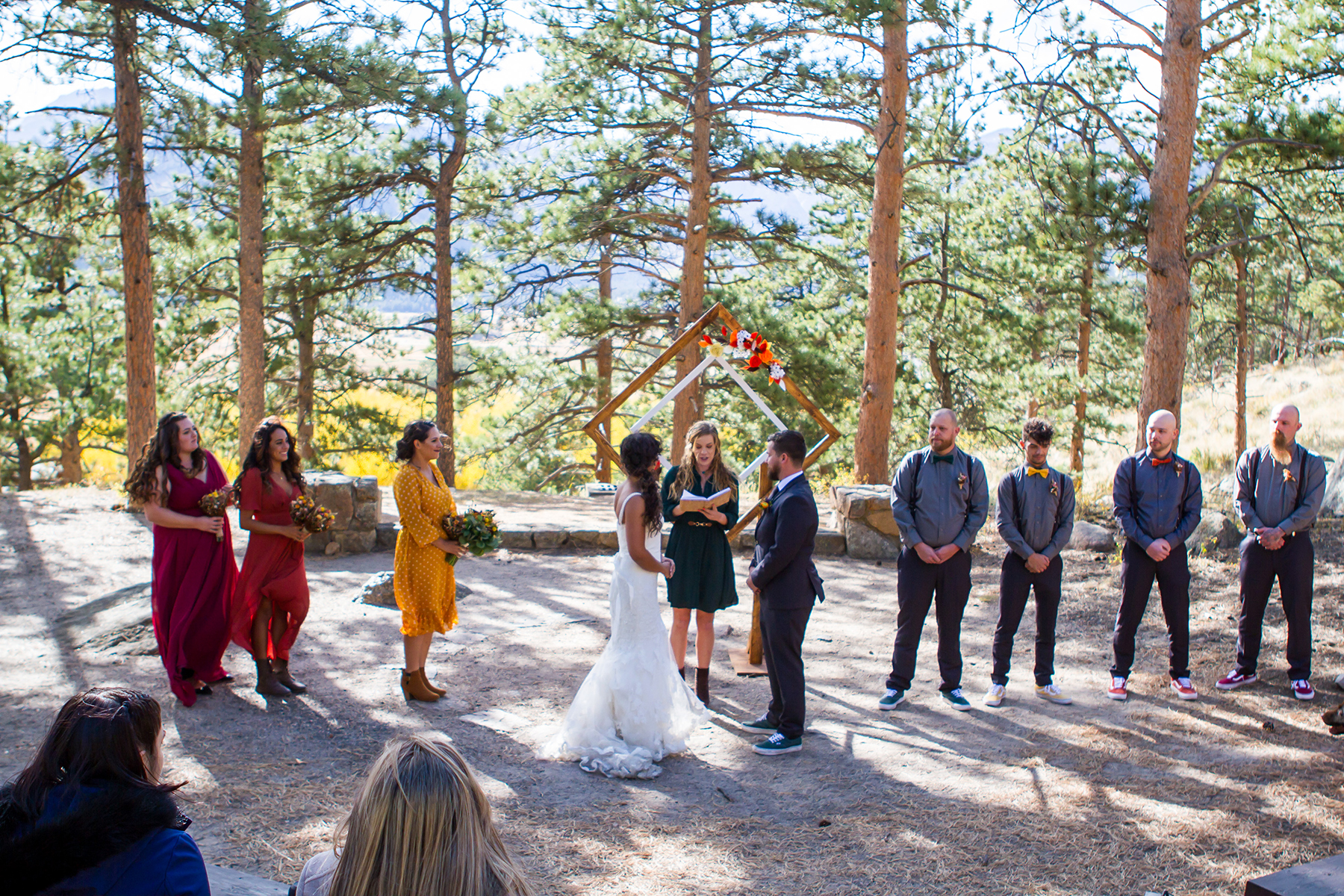 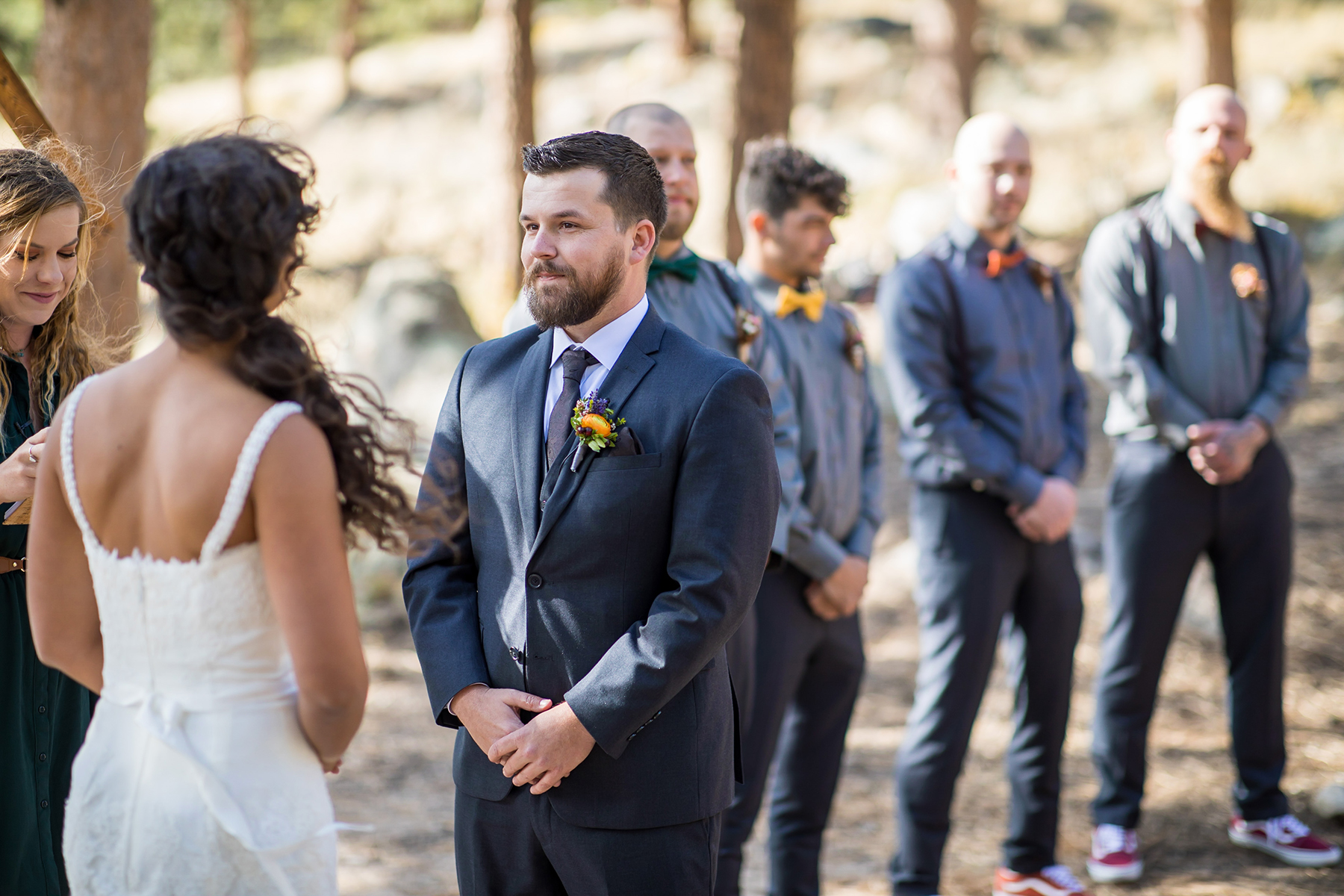 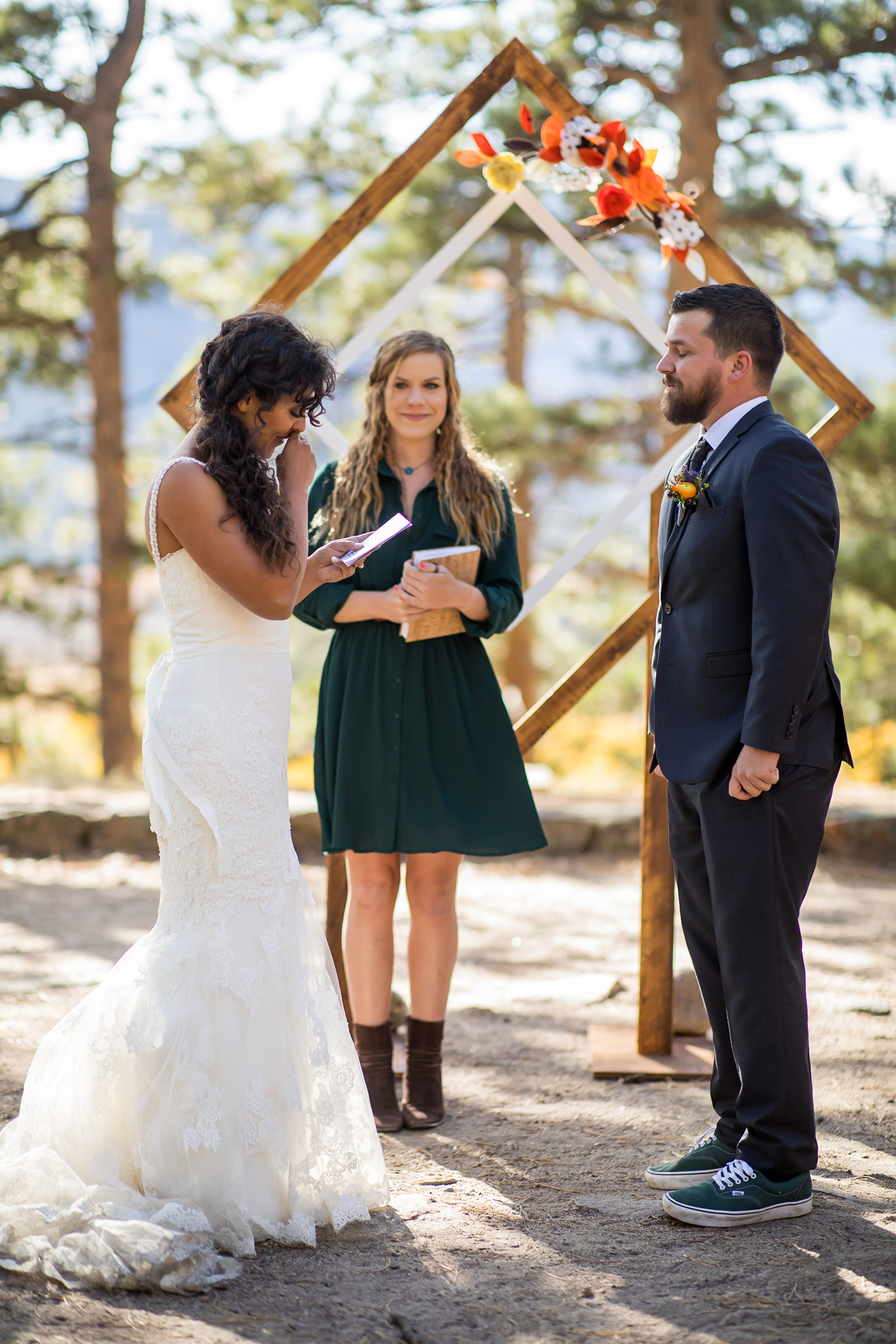 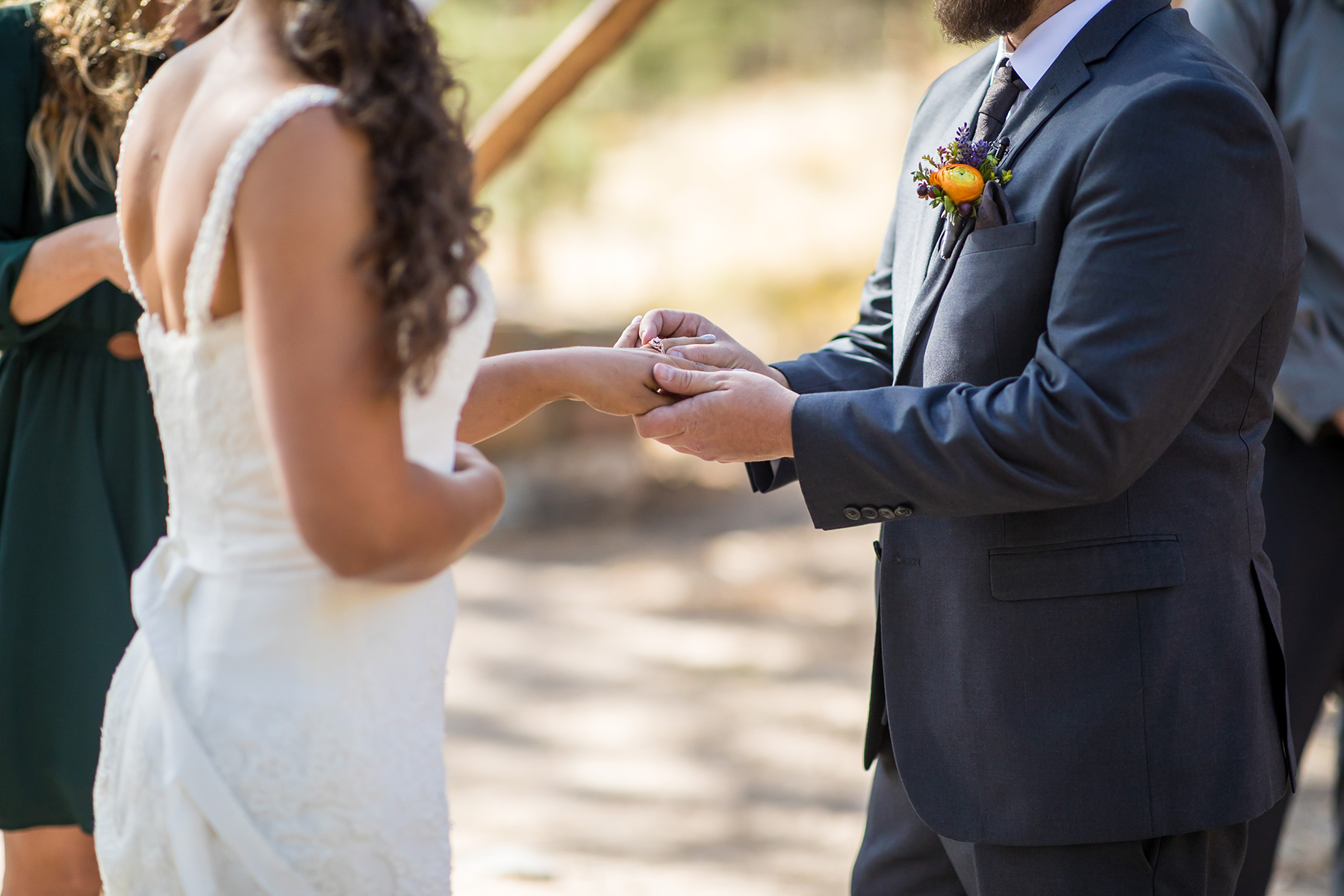 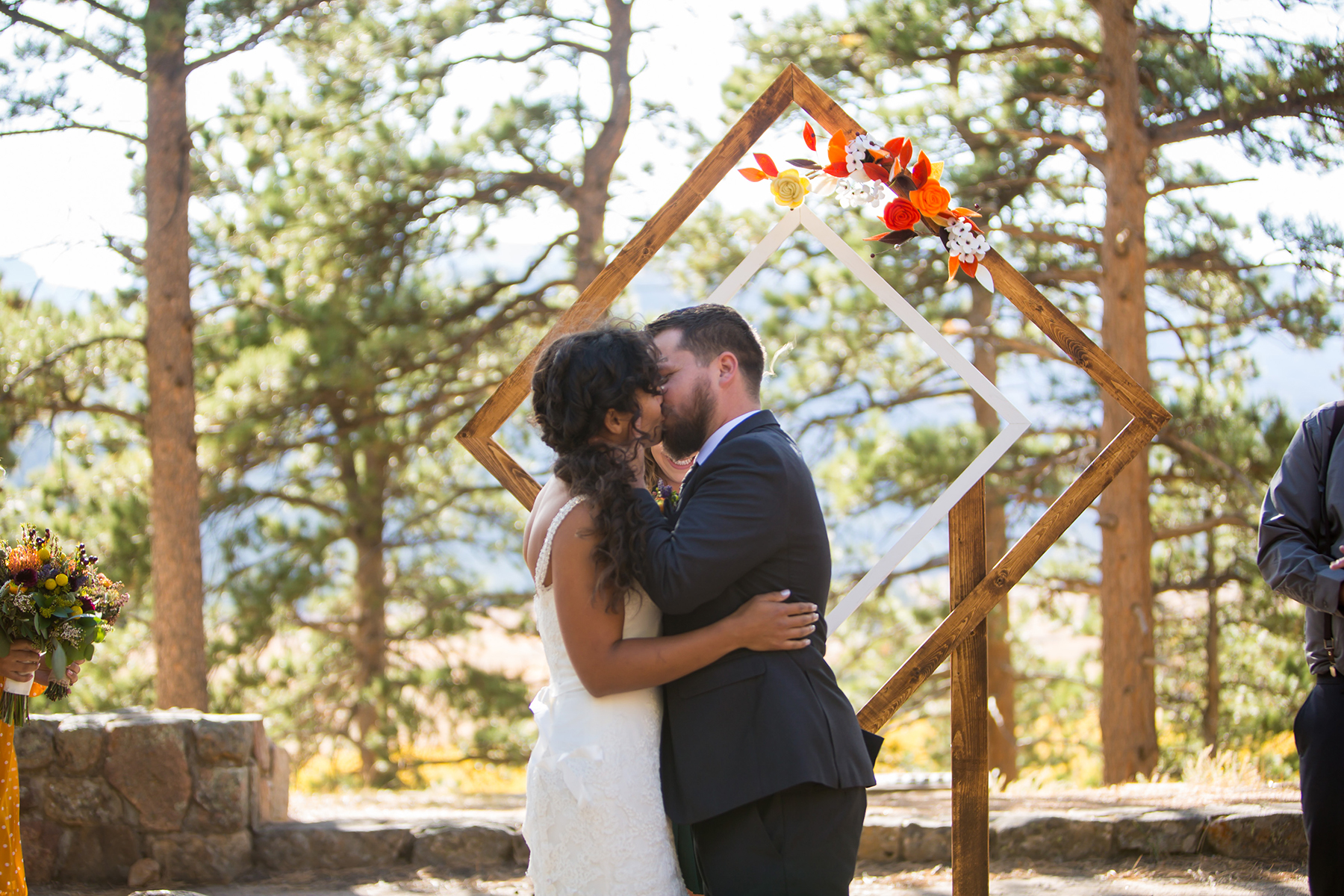 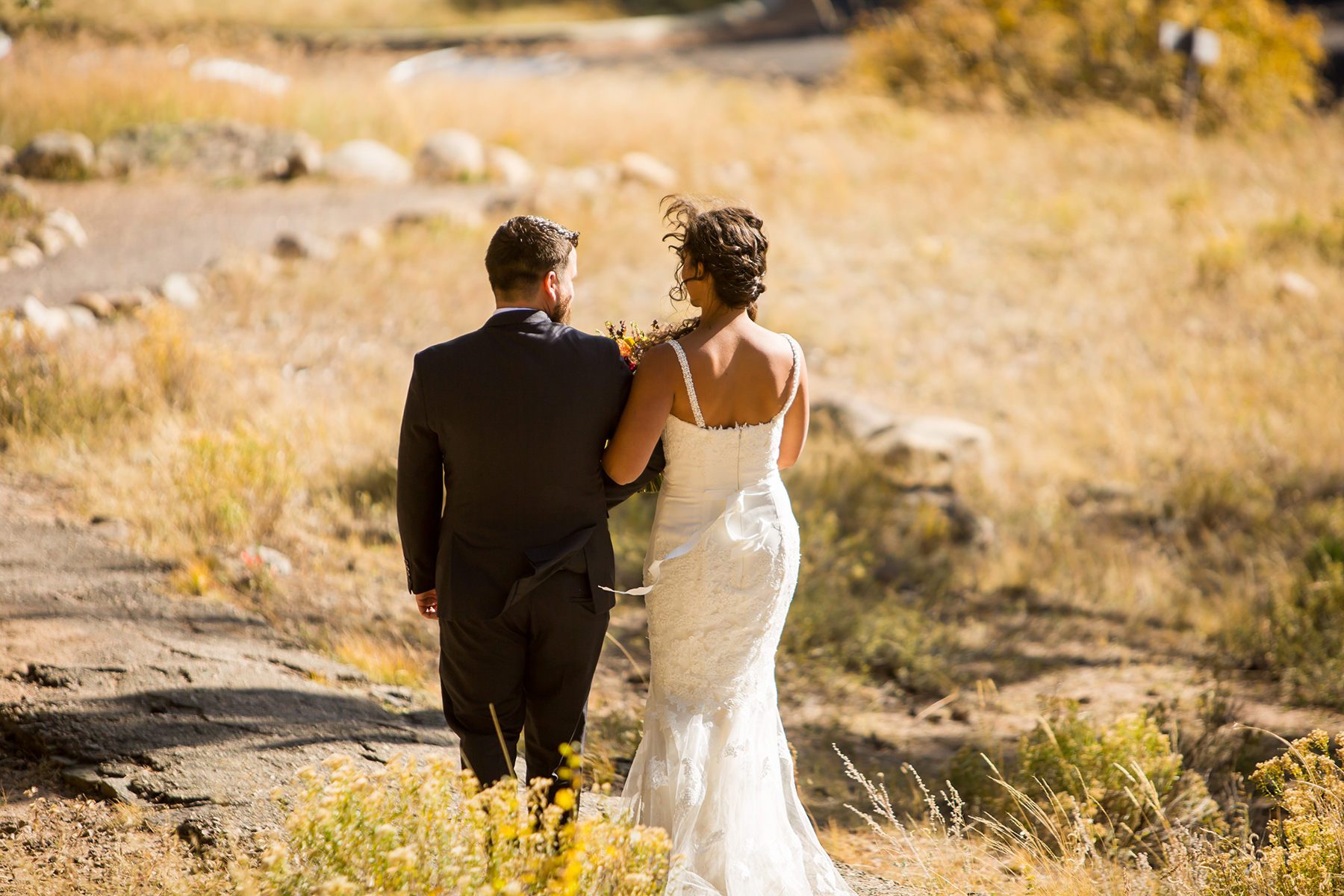 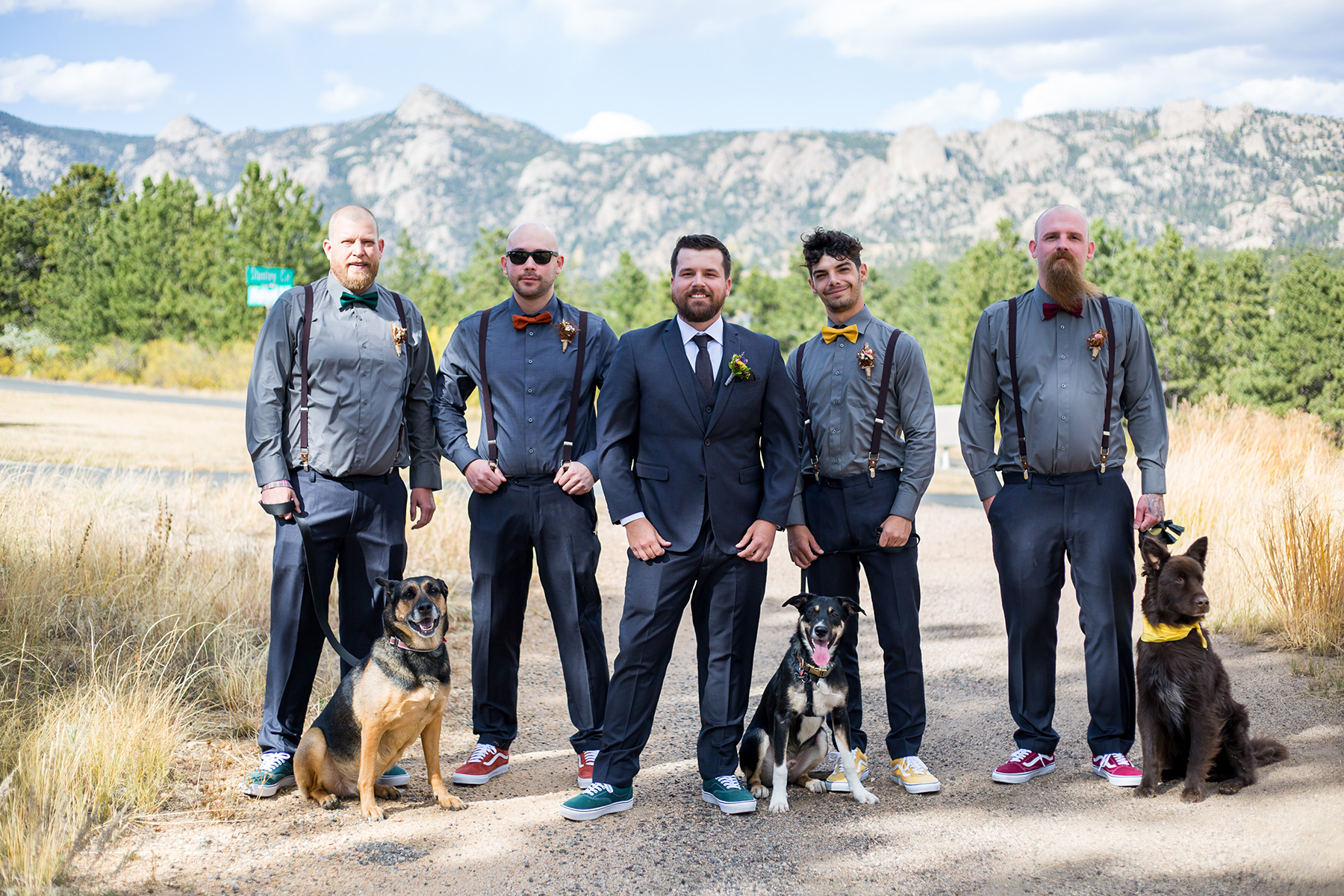 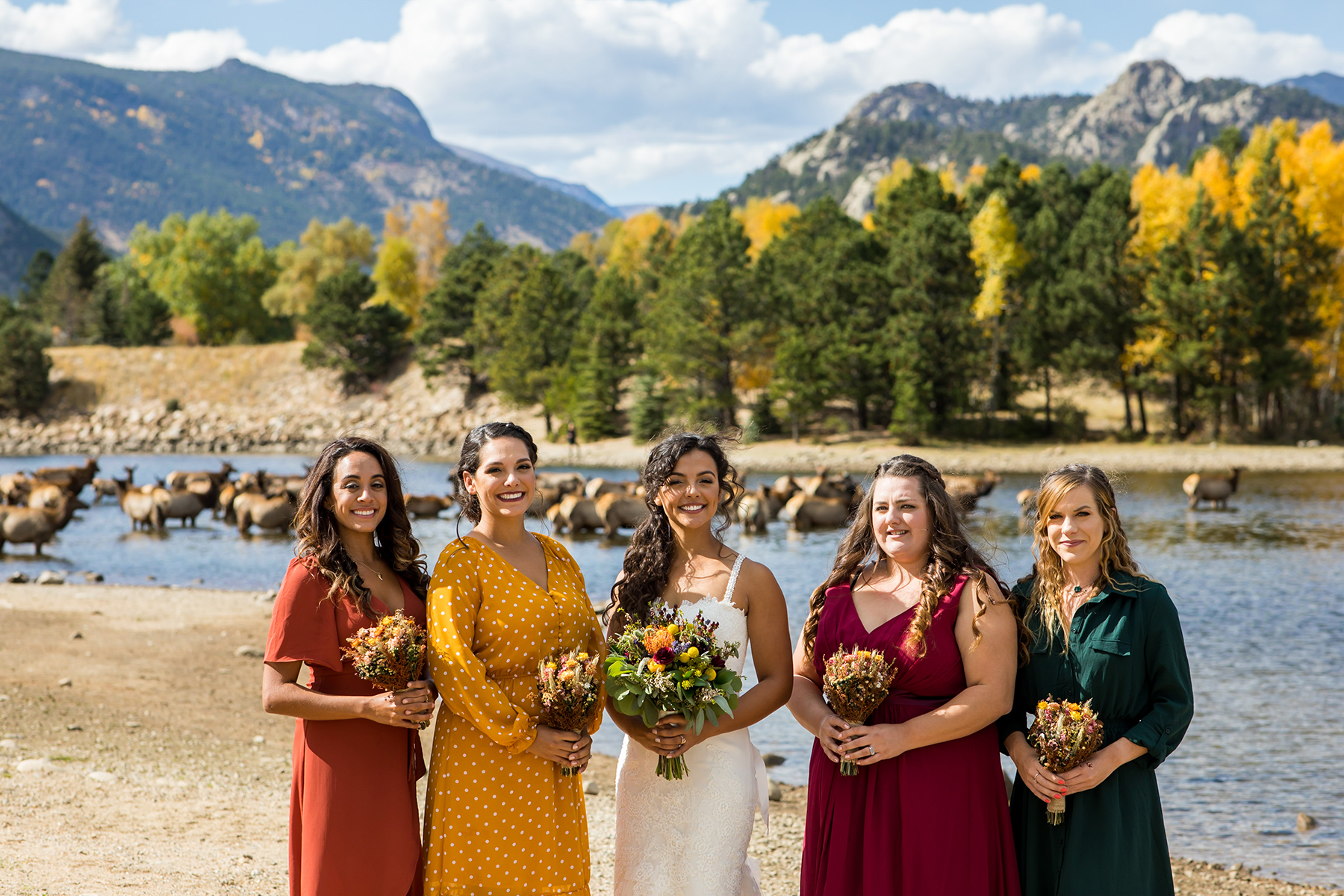 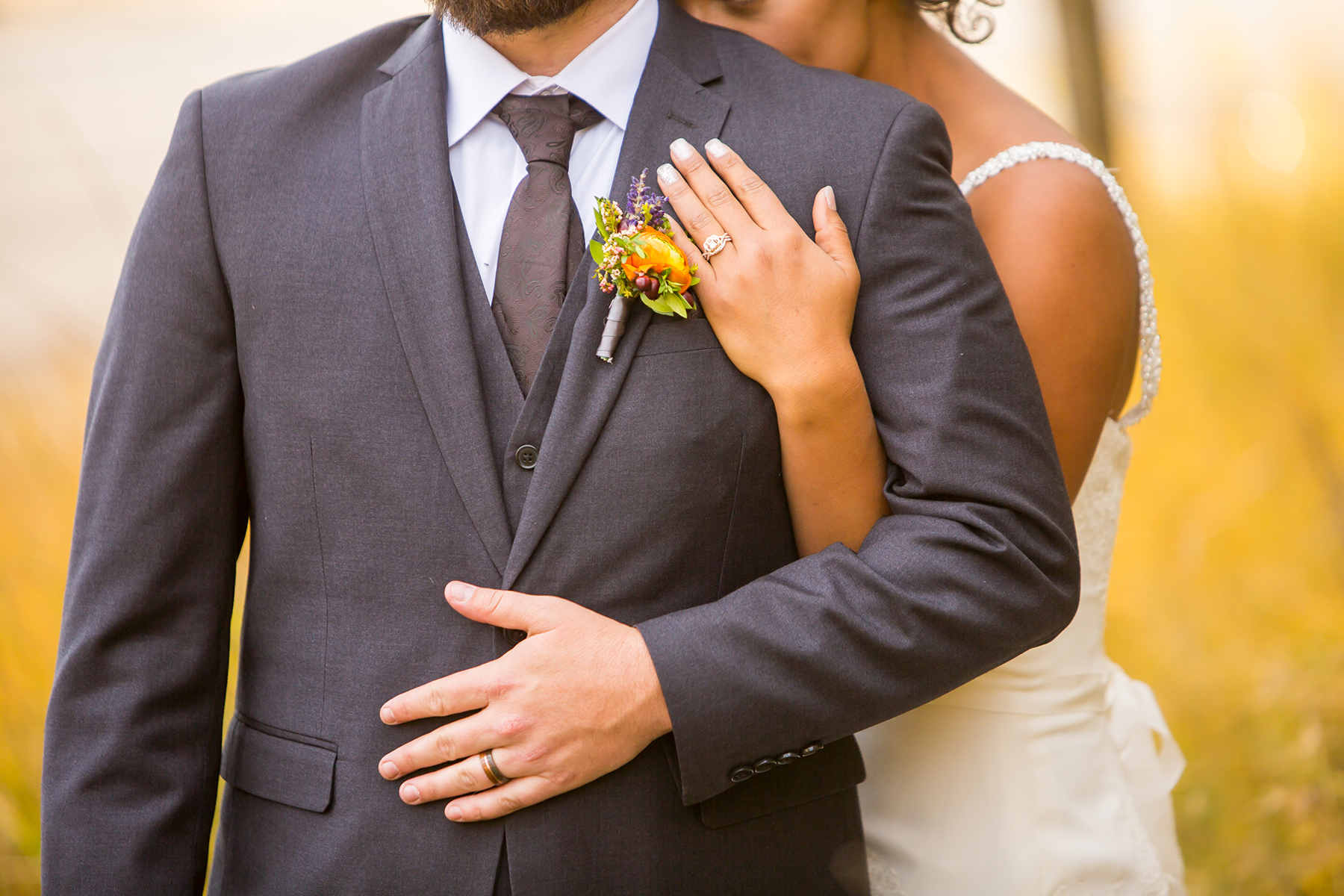 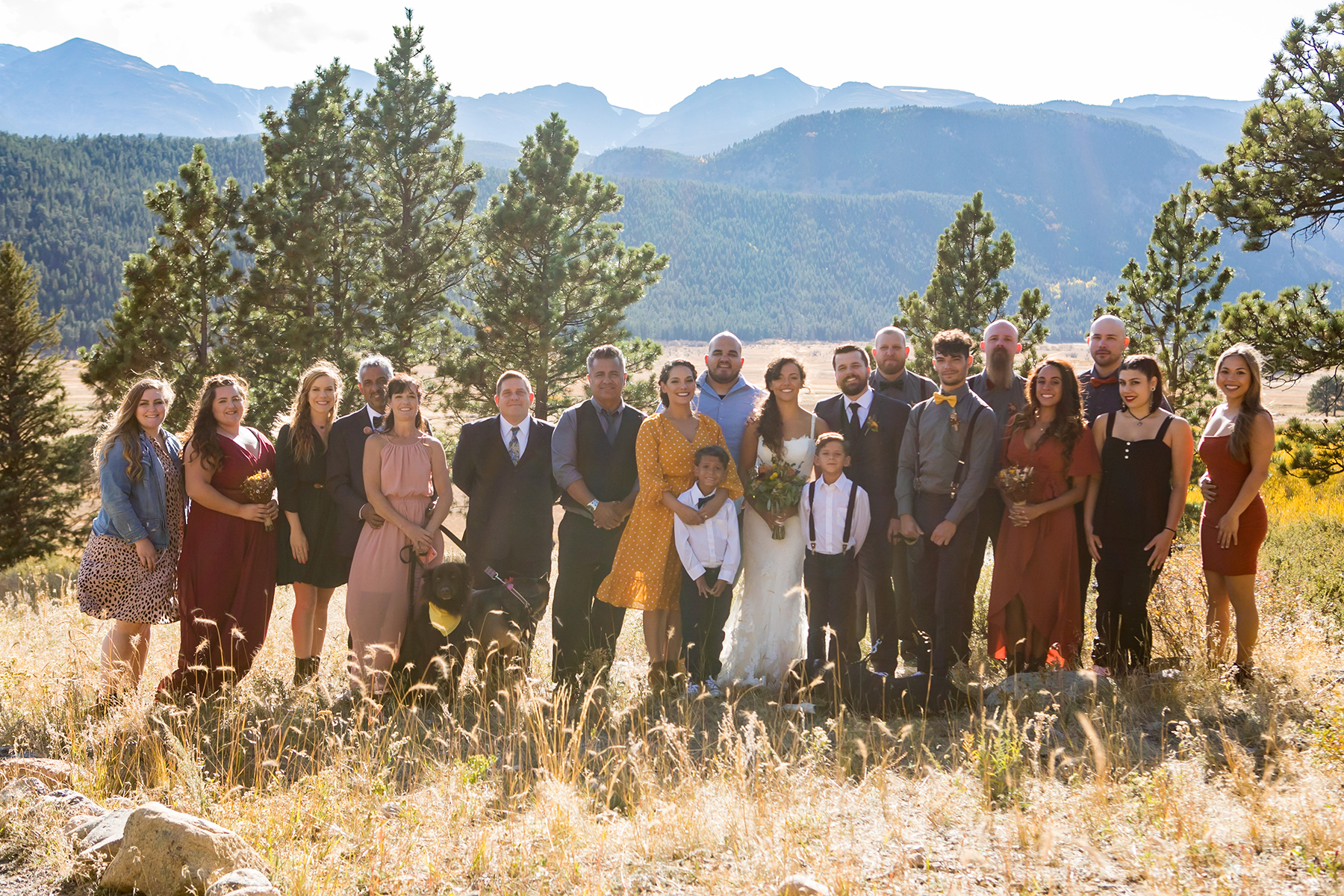 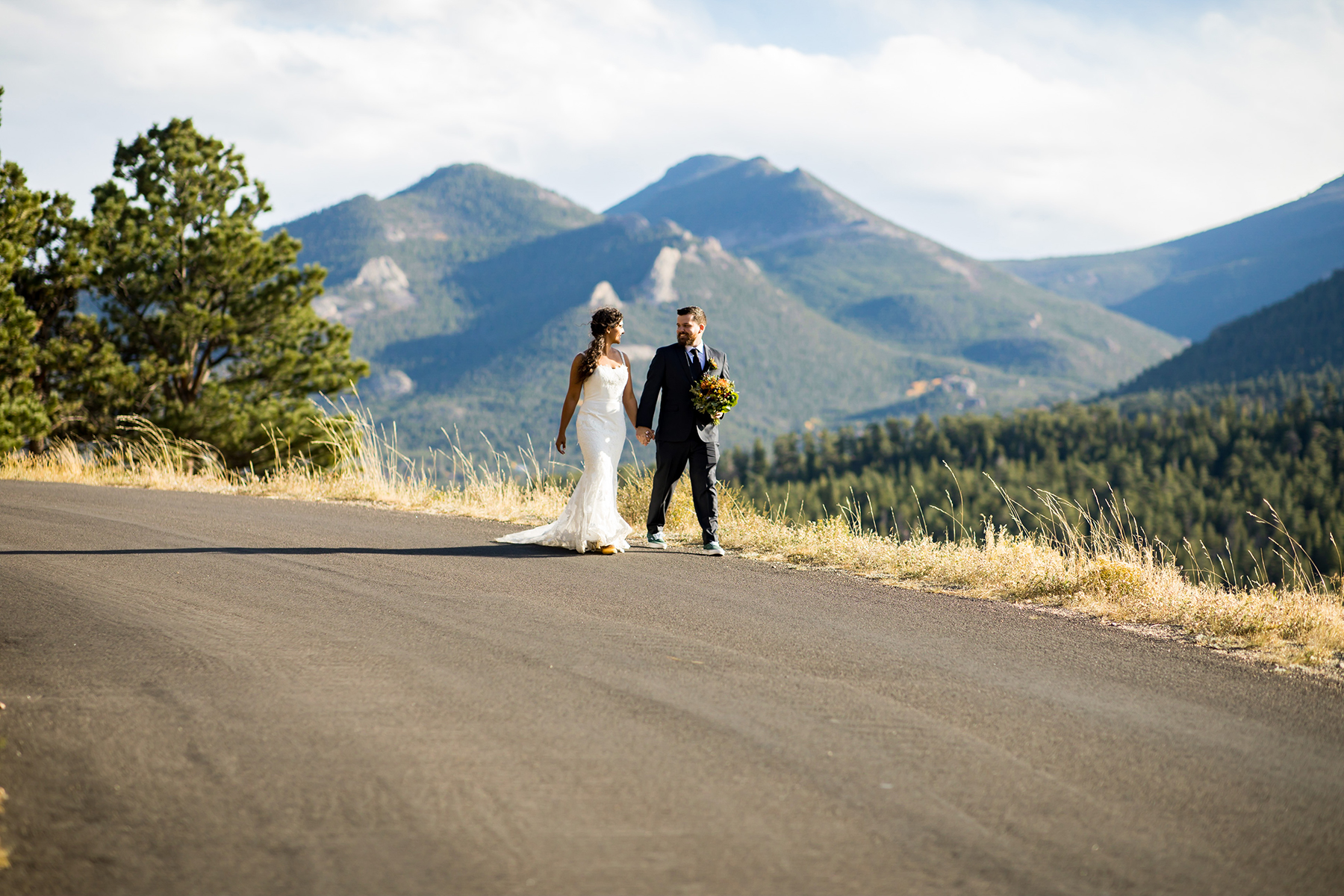 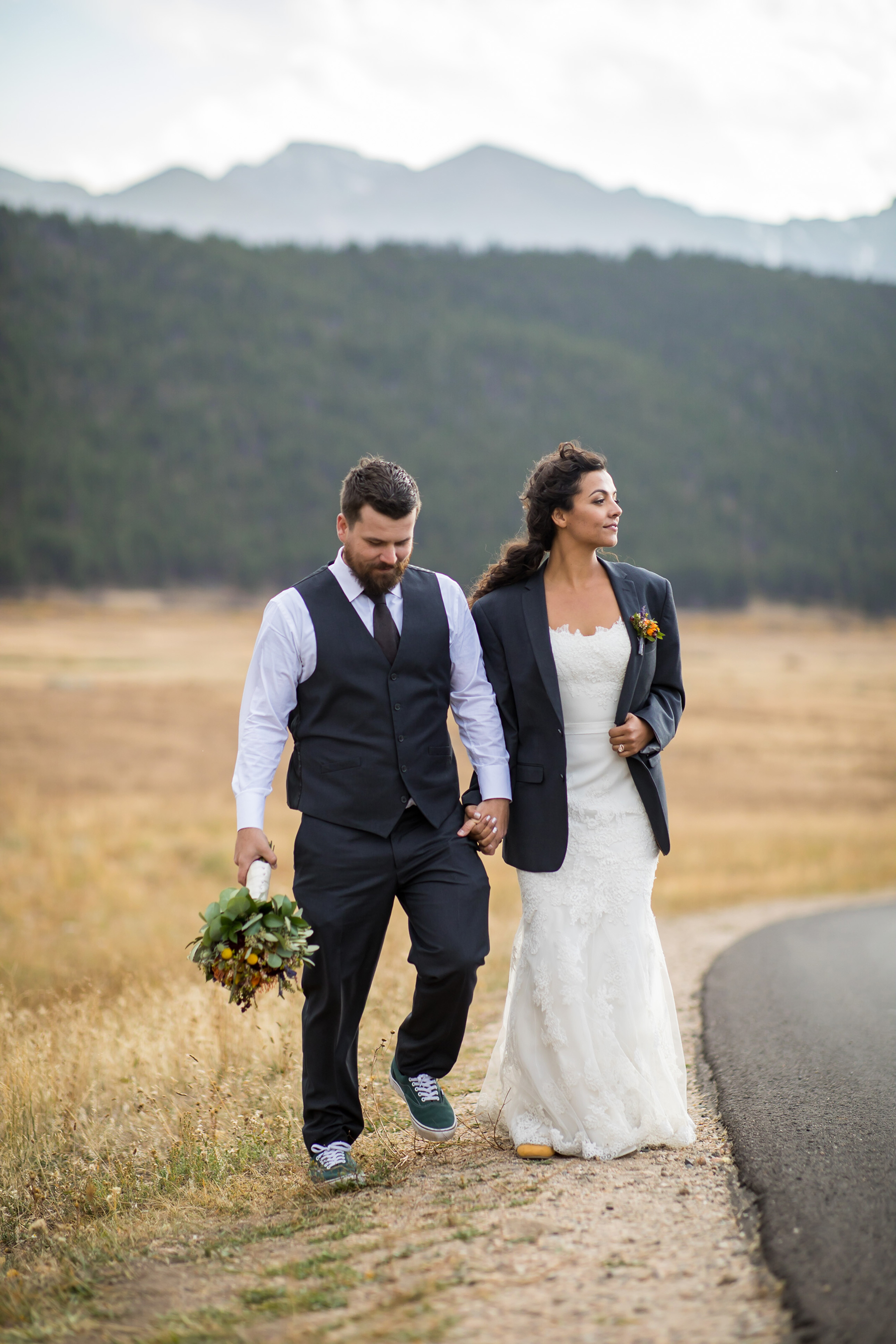 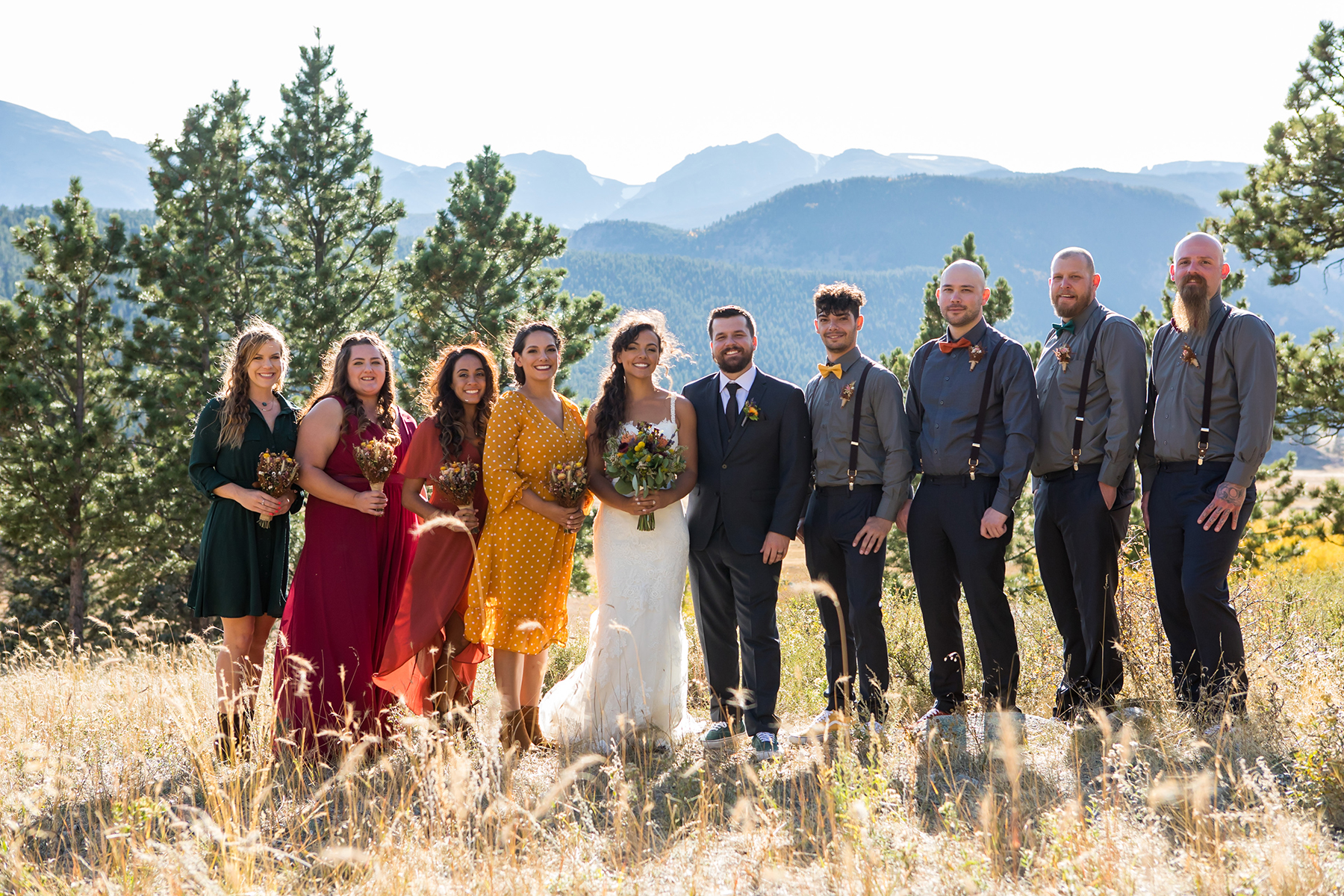 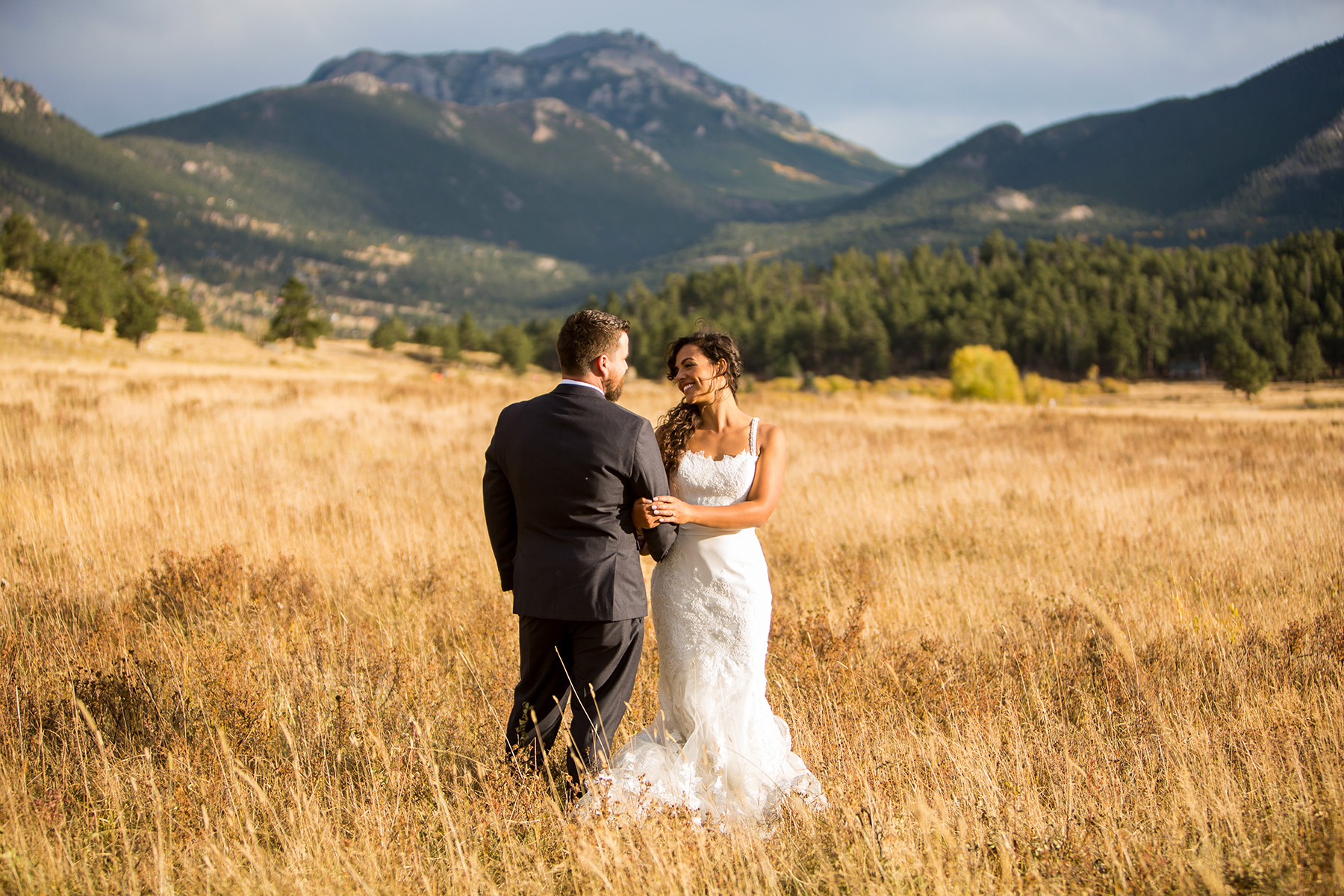 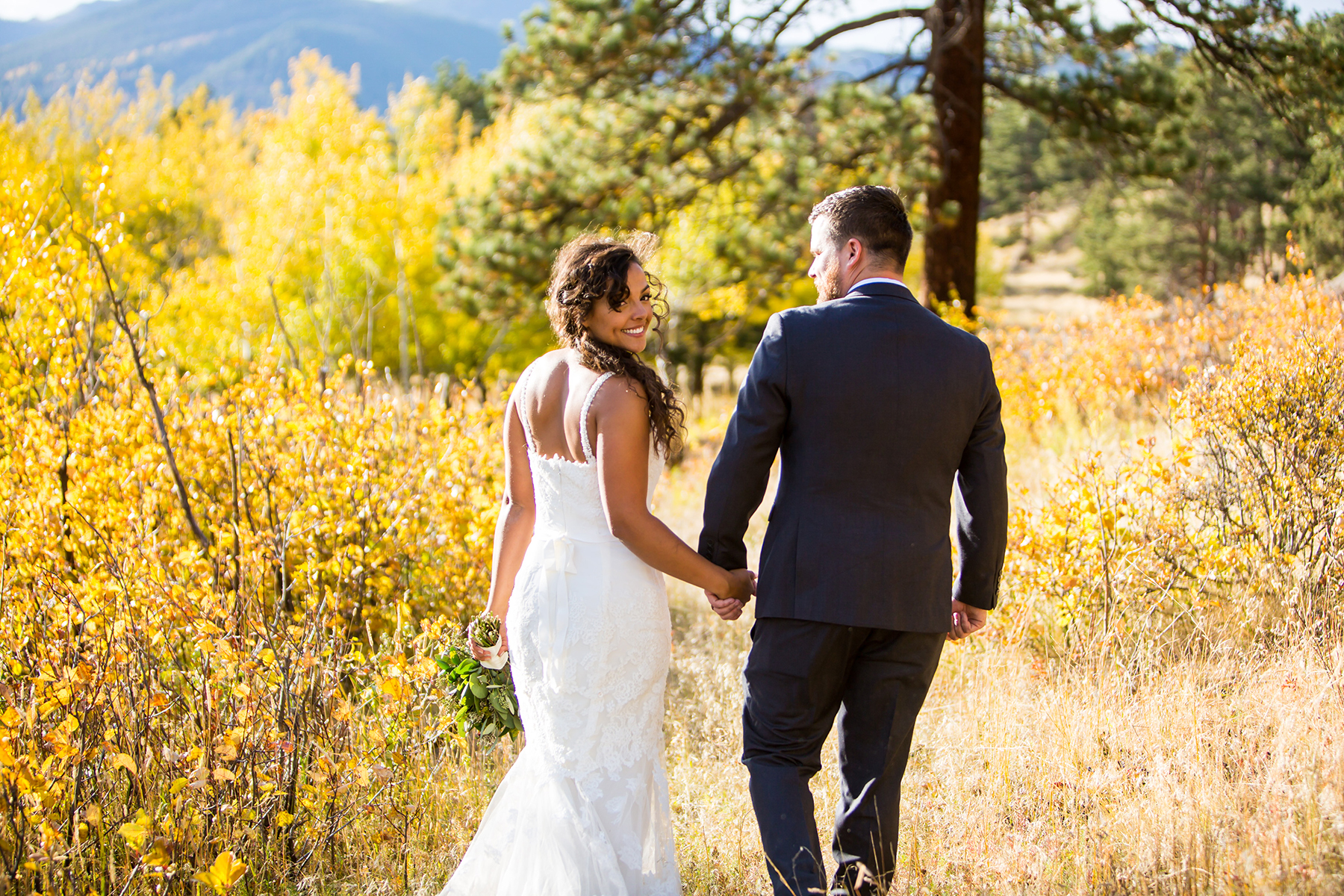 We actually met in Colorado even though we are both from California. I was going to a veterinarian technician school and met a lovely lady named Brandie. She was so sweet to me and knew I had moved anyway from home with no family. She quickly became my mom away from my actual mom. Brandie has three sons. She would tell me, “you’re so wonderful. I have to have you in my family. I have three amazing boys. Pick one.” They were great, just not for me. One day I was at her house and saw a picture on her wall with a handsome boy and I asked her who he was. She told me that he was her other “son” (they are cousins).

She told me he was about to get out of the military and move in with her. I got to meet John a week after he had moved in. Brandie, some other friends from school and I were going out for lunch. Brandie brought John. It was love at first sight. He was so handsome and had a perfect smile. After that day I started going over to Brandie’s more and more just to be around him!

What was the most important to the two of you while planning? Was there anything that you chose to splurge on or skip?

The venue was important. Which was Rocky Mountain National Park. It was such and a BEAUTIFUL Fall day. As soon as we were done with out photos, a huge storm rolled in and it ended up SNOWING that night. But the day was Perfect!!!

Cassandra: How easy and fun it was to work with our photographers, Allie and Michelle. There was also elk everywhere! They even got to be in some of the photos! When I got to do my first look with my dad. When I saw John’s face when I walked down the isle.

John: Seeing Cassandra walking down the aisle. Hearing the song she picked to walk down the aisle too as well. It was a cover of Halo.

Do you have any advice for couples planning their weddings now?

Our #1 thing is DON’T change something you guys want just to make one or two people happy! If they are mean to you about your choices then they aren’t going for you guys. Surround yourself with your family and friends who actually care about you.

Make sure to be in the moment. Stop and breathe. Also eat something.