OK, before I get to the tips and tricks part, I want to say briefly that the camp wedding post is on it's way. I feel so badly for dropping a Camp Wedding sneak peek this weekend and leaving you hanging, but an unexpected delay caused, well, delays. Look for it tomorrow!

I generally toggle between two Swiss meringue buttercream recipes. The Nutella buttercream one on Confessions of a Tart, and the regular one on Smitten Kitchen. I have also seen the same recipe in Martha Stewart's Cupcake book. However, my buttercream isn't always as firm and fluffy as I would like it. This drives my nuts because I'm generally baking a cake for someone else when buttercream FAIL rears it's ugly head. 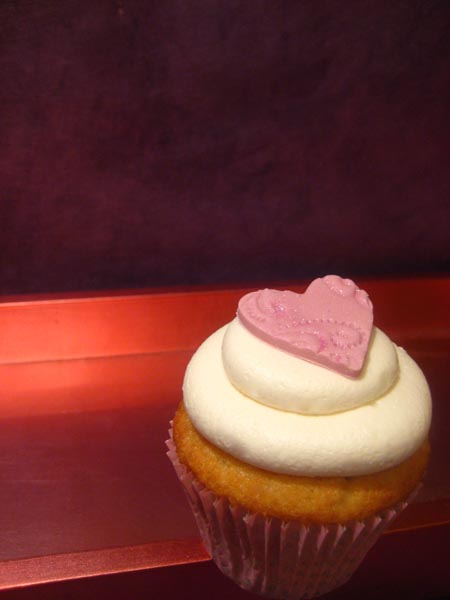 Image from My Sweet and Saucy

To make Swiss Meringue buttercream, you basically, you cook egg whites and sugar. Whip them into a meringue, and slowly add butter whilst continuing to whip, whip, whip. The concoction will lump in the midst of the butter adding process, but with patience and a little luck, it will whip up into smooth, not-to-sweet, dreamy buttercream.

Thankfully I had no buttercream issues when I made my own wedding cake. However, since then, it has been hit or miss. That is until this weekend when I found the perfect tutorial for the perfect buttercream. 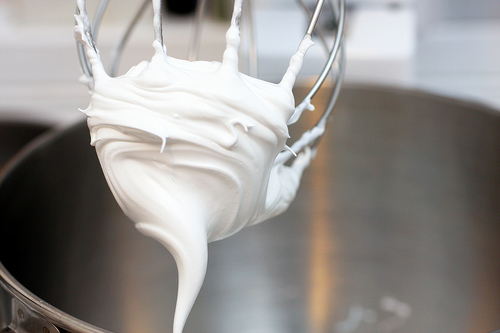 There are several key tricks that make buttercream perfect.

And without further adieu, here is the You Tube video for making perfect buttercream: