Or at Least Consider It… 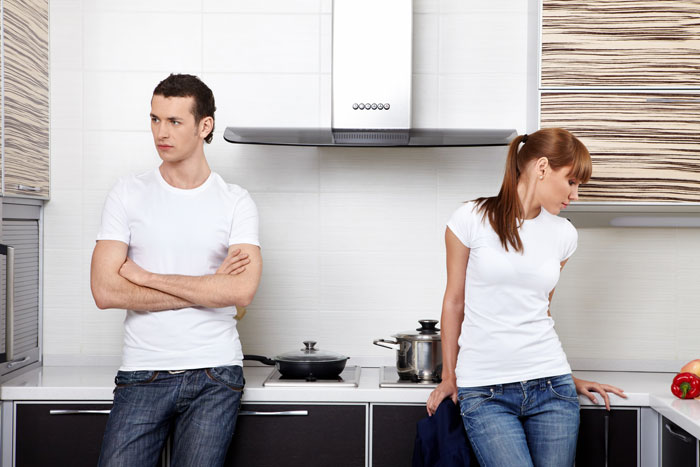 Hubs was being a jerk.

OK, I can't remember what I was crying about, and it's hard to tell now if Hubs was REALLY being a jerk, but remember clearly that I was knee deep in bridal magazines and online inspiration, trying to organize everything for our wedding. I had found something AMAAAAZZZZING online and needed to discuss it with him STAT.

And likely, Hubs wasn't being a total jerk. He was probably feeling surprised and overwhelmed by my incessant wish to talk about Our Wedding. I was never like that before. But once I got my hot little hands on a bridal mag, it was all weddings all the time. We were two months into wedding planning and he was already over it.

Which totally pissed me off. This was OUR WEDDING! And not just some by-the-nunbers dealio. Each detail had to be a unique expression of WHO WE WERE. I NEEDED his opinion on this oh-so-important-item-that-I-can't-really-remember-because-it-was-SO-important. I'm pretty sure that's how I presented it to him, shouting and all. Yeah, ridiculous.

But there we were fighting about it.  It happens. It happened periodically throughout the planning process. As Meg Keene says in her book, A Practical Wedding, “Fighting and crying is normal.” And I'll get to the fighting part some other time. Right now I want to talk about how a serious discussion about eloping changed the course of our wedding planning (for the better.)

Like I said, there we were fighting. As I recall, I stormed out of the room. Feeling sorry for my self, I passive-aggressively shouted, “why don't we just elope.”

Then it hit me. Why not  just elope?

I went back into the room and used a “reflecting exercise” I learned as an RA in college helps people actively listen and opens up lines of communication.  I said something like: I understand that when you put the ring on my finger you were ready for marriage, and not necessarily the hubbub that comes along with planning a wedding. And I understand that the most important thing to you is me, starting our new lives together. So lets talk about making this about us and our marriage. Let's talk about eloping.

He was skeptical at first, but as soon as I started talking about a skiing elopement, he opened up. Mountainside Groom is an avid skier and was on the Junior Olympics team growing up. He immediately became animated, talking about different ski areas, his home town in Big Sky, MT, and some of his childhood memories.

We talked and researched elopement quite seriously for a week. During that week we felt close to one another, we communicated openly, and we actually set the stage for all of those “meaningful details” I was so worried about at the beginning.

Ironically, the elopement conversation morphed into a plan for not one, but two weddings–one on each coast. While it was fun to imagine a romantic getaway and a secret marriage, neither one of us could imagine getting married without our families and friends celebrating alongside us. And traveling to them was the only way to include everyone.

Boom, we had our first priority in place. We went on to plan both weddings with a  high level of mutual involvement. And looking back, I know that we never could have REALLY eloped; it's just not our style.

But  having the elopement discussion allowed us to strip away much of the cultural and familial expectations that surround wedding planning.

Planning an elopement got us both on the same page. As soon as we started talking about something that interested him, he was totally on board with the details.

And most importantly, by seriously and openly discussing eloping we opened our minds to other possibilities. While we didn't end up eloping, we were able to start the conversation about our REAL priorities. Sure we talked about photography and food and music. But what I didn't understand until our elopement conversation was that Hub's top priority was the marriage (not just the wedding) and we both valued family and friends.  By starting a real and sincere conversation about eloping, we were able to think outside the box, and plan two weddings to honor our priority of having all the most important people around us.

So why not explore the possibility of eloping. Even if you know from the very core of your being that elopement is not right for you, imagine just the two of you at your wedding. What will you do? What are you wearing? How will you celebrate after you say your vows?

Stripping away everything but the two of you in your wedding planning may give you powerful insights into your deepest priorities. Try it!

Real elopements on the Mountainside Bride: