So today is a big day for the Hindsight Groom and I. We are meeting up with Two Ring Studios at the NC Arboretum to do our one-year anniversary photo shoot.  I *lurve* (to use a term from the Brokeass Bride) the whole idea of an anniversary photoshoot, especially one with props, and cake, and champagne. We plan to hang out, have a picnic, perhaps play some bocc…just a casual day chilling in our wedding garb ;-) But I'm getting ahead of myself. Here are some of my favorite anniversary shoots from around the web.

1. Rachel and Andrew's Anniversary Shoot via Love and Lavender

I have a soft spot in my heart for found items like glass jars. Perhaps it's the make-do culture and history of the mountains. While this tablescape looks simple, it's romantics and dreamy all the same. 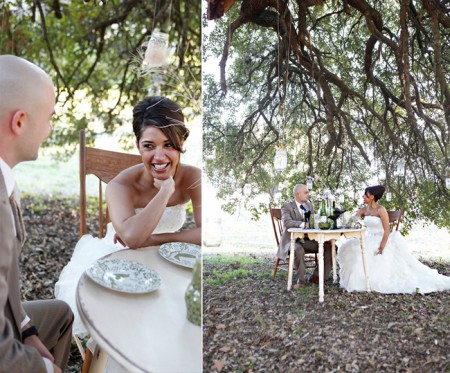 Just say yes to wearing that dress again and again. You paid enough for it. May as well get some mileage out of it. Trash it; wear it to your anniversary picnic; have a wedding dress party with your girls. Just wear it again. It's fun.

2. Trista and Doug via Jessica Claire 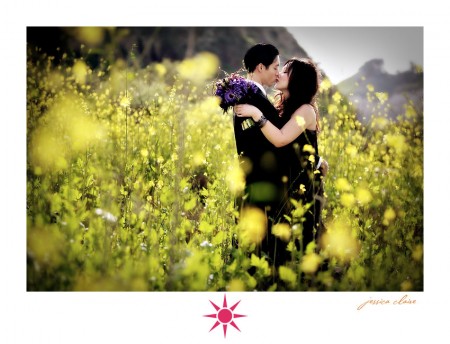 What a great excuse to carry another bouquet. I say do it up for the one-year anniversary shoot. How about a mini anniversary cake to boot!

3. Stacie and Geoff via Snippet & Ink 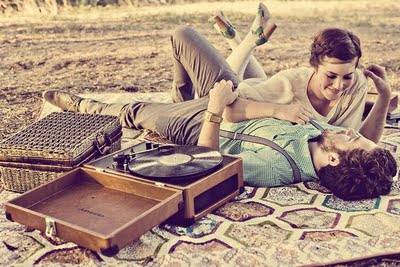 Yes, use props, lots of props. What props express you as a couple best? What crops represent each of you individually?

4. Alice and Tim via Style Me Pretty

Again, this photographer team uses props that reflect who they are. Incidentally, these two do an anniversary photo shoot every year. Awwwwww!

Ahhhh yes, wear that gown again. One of my favorite things about dressing up in your wedding attire for the one year anniversary is that it is a time for the two of you to enjoy each other and reflect on your wedding marriage with out the hubbub and stress of an actual wedding. 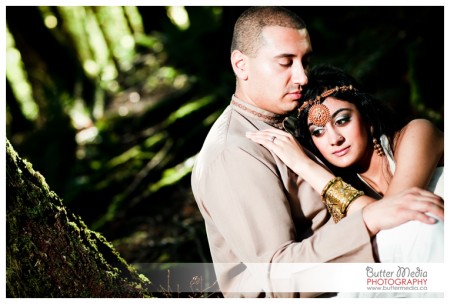 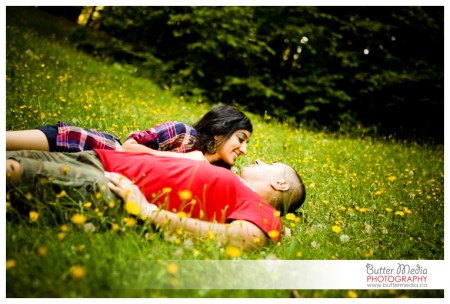 A wardrobe change is a nice idea too. Because you two are much more than your wedding clothes! I like to mix it up.

There's a good reason this Style Me Pretty "Love shoot" is all over the Internet. Details, Details, Details! Just look at the gorgeous details of this concept shoot with three real couples. I'm especially in love with the itty bitty cake. Just adorable!